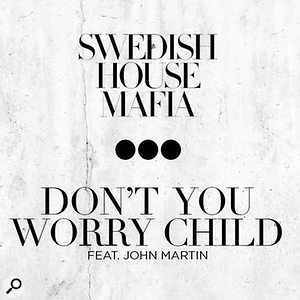 What a great vocal sound this is! Careful use of the 600-800Hz zone lends solidity without woolliness, while there's just enough 2-3kHz to give it a slightly 'radio' tone, despite avoiding the 4-5kHz region that can so easily lead to brashness. However, the singer must also claim a good deal of credit, partly because he never seems to push his vocal cords beyond their sweet spot in terms of volume — or, as an old singing teacher of mine used to say: "Never sing louder than lovely!” The rhythmic feel of his performance is also splendid, slotting into the track's programming smoothly and contributing in no small part to the musicality of the overall groove.

One thing bugs me slightly about the overall tonality of this mix, though, during the main riff/chorus sections (1:07-1:33 and 2:55-3:25). It just feels as if the low mid-range hollows out a touch too much at those points, which not only means that they have a less powerful impact than I'd hope, but also robs them of enough tonal warmth to properly balance the brash 1-2kHz emphasis inherent in the pad sounds — at least, in stereo, where the synth's mid-range heavy, out-of-phase components are audible. A little more low mid-range would have helped to give the vocals more status in the overall balance on smaller systems too. I understand the thinking behind being sparing with the 100-500Hz region, to facilitate achieving that combination of massive bass and upper-spectrum detail required of modern house productions. However, I don't think a decibel or two of fairly broadband boost at 250Hz would have undermined this song's sonic competitiveness relative to other chart-oriented dance cuts — such as Swedish House Mafia's own former releases 'Antidote' and 'Save The World', in fact, both of which feel healthier in this spectral area. Mike Senior 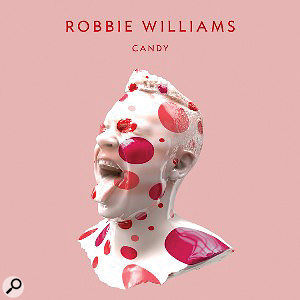 This is one of those productions that intrigues me as an arranger because of its sound layering. The opening piano and sax combination caught my ear immediately, for instance, and I like the way it appears to be bolstered with subtle electric guitar layers as the texture begins to thicken further at 0:25, as well as how the piano shifts up the pitch register to lend the grouping more 'poke' from the first chorus. You can clearly hear a harp supporting the string section's lead-up to the chorus each time (a tried and trusted string-scoring trick), but I imagine that it's been ridden up with fader automation at these points in the mix and probably performs a less audible 'black ops' role at other points too. There's another little revelation awaiting if you solo the stereo Sides component during any of the choruses, because you can clearly hear the timing of the backbeat claps, and they're surprisingly spread out in the time domain.

Considering the scale of the forces involved, this track is a real achievement from a mixing perspective. It must have been a battle to maintain any kind of clarity with so many things going on at once, even with many of them being quite staccato in nature, so it's a testament to the skills of the engineer (Mark 'Spike' Stent, I believe) that you can actually hear as much arrangement detail as you can. Mike Senior 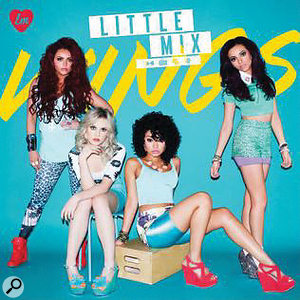 I'm sure I'm not the only music enthusiast for whom despising Simon Cowell has become something of a hobby. Despite my ingrained antipathy, however, I can't help warming to this production of the former X Factor winners. The handclaps are cracking, getting good mileage out of thwarting my rhythmic expectations, as well as avoiding most of the usual backbeat clichés — at least, until the choruses really get going. In a wider sense, variations in the kick/snare arrangement are handled very adeptly too, including the four-to-the-floor skeleton of the first verse (0:03-0:17), the softer-edged, kick-only pre-chorus (0:36-0:43), and the bass-synth drops at "running off your mouth” (0:26) and "ready, steady, go” (1:29).

The killer moment for me, though, is the substitution of a major chord under ”fly” at 1:01, an inspired bit of harmonic word-painting that gives the chorus an enormous lift at the halfway mark, precisely the point where many pop double-choruses begin to lose momentum. But it's not just the harmony that's responsible for the endorphins there, because there's support from many other aspects of the arrangement. In the run-up you not only get a selection of swizzly/turntably transition effects but also a brief return to a four-to-the-floor kick pattern, which operates almost like a count-in. Then when the chord actually lands, the backing vocals move to more sustained, melismatic lines, expanding the pitch register upwards and widening the stereo field into the bargain.

I've been getting a bit sick of panning delay spins on vocals, which seem to have been making a bit of a resurgence in the last six months, so I was pleased to hear the little ping-pong variation at 1:20-1:22, leading into the second verse: a kind of reverse delay, with eighth-note delay taps of the first word slowly ramping up in level before the vocal entry proper. Normal delay plug-ins won't do this kind of thing, of course, because echo taps usually follow the source sound, so I imagine the producers implemented this effect by copying the first eighth-note of the line multiple times to a separate DAW track and then automating the panning. (Pasting the snippets in an alternating pattern to a pair of hard-panned tracks would have been another option.) In this specific scenario, it's fortuitous that the word in question actually starts with pitch slide from 'A' to 'B', so the opening snippet used for the delay effect actually implies a return to the chorus's cadential 'D' chord, which provides slightly better harmonic momentum into the start of the verse than a simple continuation of the tonic 'E' would have. Mike Senior 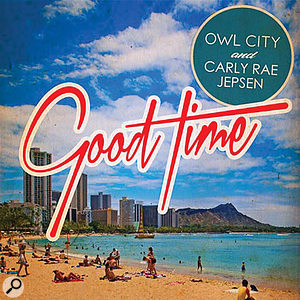 I had high hopes for this collaboration, given that these artists have delivered two of my favourite pop singles of recent years ('Fireflies' and 'Call Me Maybe' respectively), but I have to say I was disappointed. Gone are the quirkily inventive song-writing and clear, super-efficient arrangement that set both those former singles out from the herd, and we're treated instead to party club-pop by numbers. Sure, it's of a high enough calibre in its own right to have performed solidly on a commercial level, although not a patch on past glories in that respect, either. What's also intriguing is that both the previous singles also seem to have been mastered slightly quieter, leaving the headroom for a weightier low end, whereas 'Good Time' (more in line with typical chart releases) controls the sub-60Hz zone more tightly in order to hit the mastering stage harder. To my mind, though, a significant part of the appeal of both 'Fireflies' and 'Call Me Maybe' was their more expansive low end, so it seems a bit perverse to remove that for the sake of sheer loudness when sales suggest that the target fan-base may be both predisposed towards extra bass and willing to reach for the volume knob.

Looking on the bright side, though, there'll always be space in my record collection for the nice finger-cymbal fill just before the second verse! Mike Senior

Given his 1994 success with 'Fantastic Voyage', Coolio could probably have guaranteed himself a respectable hit simply by sampling Stevie Wonder's 'Pastime Paradise', so thank heavens he and Doug Rasheed didn't just settle for the simple cash-in, crafting a proper rearrangement, complete with star turn from R&B vocalist LV. 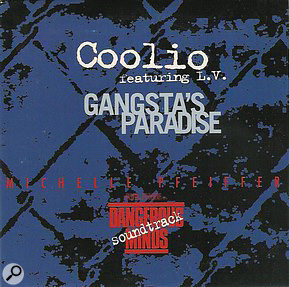 Mastering loudness aside, this mix still competes strongly against current chart releases, with beautiful crossover-friendly translation of both the kick and bass even on under-powered domestic systems. I particularly like the way the backbeat clap, or the absence of it, fulfils serveral functions: it announces the first verse at 0:12; contributes to fills at 0:22, 0:46, 2:34, and 2:46; and focuses attention on the first statement of the "why are we” line at 1:49-2:00. Notice, too, how every fourth clap has a little reverse-envelope noise preceding it, a hoary old programming trick for emphasising the pick-up into each new two-bar unit, but no less effective for that!

However, what really knocked my socks off when I first heard this track back in 1995 was the way Coolio varied the pitch of his voice to enhance the rap. Although this may seem less revolutionary these days since rappers like Eminem made wild pitch contrasts their stock in trade, I still consider it a tour de force. Indeed, I reckon it should be required listening for anyone producing hip-hop vocalists, because one of the biggest weaknesses I spot in amateur rappers is tonal monotony — no matter how good the rhymes, they'll usually fall flat in the studio if all the phrases are delivered in the same way.

There are so many expressive examples to savour: the eye-rolling pitch rise of "even my momma thinks that my mind has gone” at 0:22; the tauntingly sing-song "you'd better watch how you're talking and where you're walking” at 0:31; the affected expressionlessness of "too much television watching got me chasing dreams” at 1:21; the hint of high-register desperation in "I'm 23 now, but will I live to be 24?” at 1:43; and the frustrated roar of "how can they reach me?” at 2:41. However, my favourite bits are where he uses such pitch motions over a longer range. The clearest instances of this can be heard in the third verse, where you get two long upwards pitch ramps in convoy: "the power and the money... what's going on in the kitchen” (2:25-2:35) and "but I don't know what's cooking... how can they reach me” (2:35-2:43). However, my personal highlight is where a similar pitch trajectory beginning at 1:37 ("Death ain't nothing but a heartbeat away”) fizzles out during the last line, subtly underlining the loss of confidence conveyed in the lyrics. Mike Senior