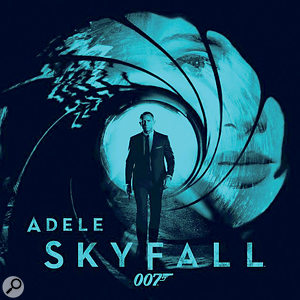 The CD single of this Oscar-winning track includes an instrumental mix, which can be phase cancelled against the full mix, almost isolating the vocals! Courtesy of this dodge, it's apparent that the vocals have been chopped around a fair bit (check out the "zat skyfalls” at 1:54, for example) and that much of the second chorus appears to have been copied from the first.

The lead line obviously relies on heavy reverb and tempo-sync'ed delays, but the isolated vocals suggest that there are no short reverb or stereo widening effects, which helps to explain how the vocal manages to remain so up-front, despite its subjective wetness. Soloing the Sides signal shows how little the consonants feature in the effect returns, indicating some serious low-pass filtering or send de-essing. Focusing on the backing vocals is also enlightening: it's an education to hear the rich lower voices of the choral arrangement leading into the final chorus, as well as the exact voicing (and robust high-pass filtering!) of the choir at 4:10.

There are so many aspects of the track that are worthy of attention, not least the drums and piano, but the highlight, for me, is the harmony, which perpetrates some of the squishiest dissonance-stacking ever to have graced the mainstream charts — and the chorus is the high point of this towering achievement. Although the orchestral bombast does the talking in the first bar, the sustained C and E-flat pitches in the upper parts slowly ratchet up the harmonic tension during the root progression's falling-thirds sequence, ending up as the seventh and minor ninth of a supertonic diminished D chord, only resolving to B and D in the G dominant seventh that closes bar four. That pattern repeats, but with a crucial difference: the F and D chords are both chromatically altered to major versions. This transforms bar eight's supertonic chord into a semi-modulatory 'dominant minor ninth of the dominant', a powerfully contradictory harmonic concoction that pits the stability of the D-major triad against the ambiguity of a complete F-sharp diminished-seventh shape.

While all this is going on, a G pedal tone sounds pretty much continuously during the first six bars, a note only consonant to the progression's Cm and G7 harmonies, so that the first supertonic chord gains an additional dissonance. But it's Adele herself who plays the trump card later, by persevering with an unchanged repetition of her four-bar chorus melody over the altered harmonic progression in bar eight. This means that the F she sang in bar four (that chord's minor third) clashes against the altered supertonic chord's F-sharp in bar eight. Yet this super-chewy discord still manages to make sense musically, partly because it forms part of a melody already internalised via the repetition, and partly because it's actually handled 'by the book' as far as the classical-style functional harmony is concerned: Adele's F is prepared as a consonance in the previous major chord, progresses downwards by half-step (as you'd expect) to the accented passing note of E-flat on beat three, and then resolves to the consonant D on beat four.

The upshot of all this is that the harmonies of both bar four and bar eight feature some outrageously dissonant note clusters (C-D-Eb-F-G-Ab and C-D-Eb-F-F# respectively). If they'd appeared in something by Debussy or Miles Davis I wouldn't bat an eyelid, but the fact that they've been made to sound logical — even inevitable — within an essentially traditional harmonic landscape is extraordinary.

It's not a description I use lightly, but in my opinion this production is a masterpiece. Mike Senior 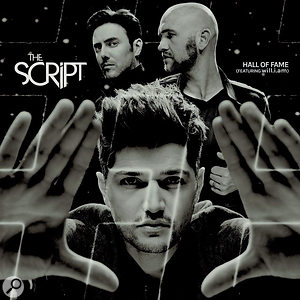 I'm bored to tears by most of the lazy broken-chord keyboard figurations in chart productions, but this intro injects some musicality into that tired formula. Although the piano maintains a16th-note pulse, it doesn't stick to the same oscillating figuration of the first two beats, but moves to a four-note Bb-Eb-Eb-G shape, returning to the oscillations, but with 'B' as the lower note. There's also a nice syncopated accent just before bar two, beat three, replaced by a 32nd-note mordent during the second iteration (0:06-0:11). It's just enough to tickle a few neurons into paying attention!

The fragments of compound melody (by which I mean a melody constructed from selected notes of a rhythmic figuration, relying partially on the listener to join it up again) form another point of interest for this riff. The best example is the Eb-D-Eb-F-C eighth-note line that starts on the last eighth note of bars two and four, and later contributes an important hook to the chorus. There are other 16th-note snippets with a whiff of melody, too, the opening Bb-A-Bb-G, for example, and there are some nice implied suspensions in the harmony, such as the D-Eb motion between notes six and 10, and the E-flat that sustains from the end of bar one/three and isn't directly resolved until the second half of bar two/four.

Rhythmic niceties are scattered all over the vocal parts, too, such as the shift of emphasis when "hall of fame”, which opened the chorus by starting on the fourth beat of the bar, closes it by landing on the third beat. The syncopation of the "ooh” backing vocals is subtle, but surprisingly effective, and there's Will.i.am's expressive tempo-drag on "don't wait for luck” (0:40), the sneaky syncopation on "go banging on his door” (0:31), and his momentary hiatus before the second chorus with "be a day” (1:27). So many good things. Mike Senior 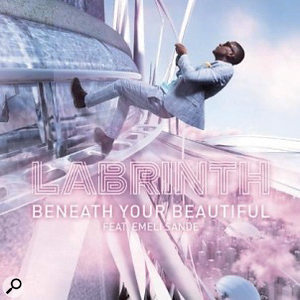 For all the buzz surrounding Emeli Sandé's vocal talents, I think Labrinth blows her off the record here! The understated fragility and fatalism of the first verse blooms magically into a ray of hope at 0:55 ("but I'm gonna try”), and the chorus vocal's ragged grain fascinates the ear. There are moments where Sandé holds her own (the low-register segment at 1:54-2:02, for instance), but most of the time she too readily retreats to her comfort zone of well-worn R&B stylings, which rings a bit hollow when Labrinth is taking real risks in pursuit of emotional immediacy. Still, I couldn't help but grimace at the audible edit points between Labrinth's notes in some of the more exposed lines. The first verse alone has half a dozen such wrinkles, which subtly undermine the important illusion that you're hearing a direct-from-the-heart golden take.

You can also hear, on both the album and Now 83 compilation versions, some odd patches of distortion in the stereo Sides signal (particularly from 0:58 to 1:12), which is typical of M/S-based data compression. Could it be that the mastered version was based on a data-compressed file? If so, it's a shame, because many of us buy CDs to hear the mix engineer's work without such audio degradation — especially when it's Tom Elmhirst!

Returning to more positive features, it's a pleasure to hear a chart production which leaves plenty of room for us to appreciate its string arrangement. The main bass part has been corralled almost entirely into the sub-200Hz region, which allows the cello section to shine, rather than support the upper strings from the other side of a high-pass filter. The vocals, beats, and bass are all kept very narrow, too, so the strings have the entire panorama as their playground. And is that a (whisper it!) viola-section melody at 1:21? The ethereal vocal doubling supplies a fantastic tonal shading, as does the sprinkling of higher-register electric-guitar rhythm. If Rimsky Korsakov's looking down on us from the clouds, I think Labrinth's giving him reason to smile! Mike Senior 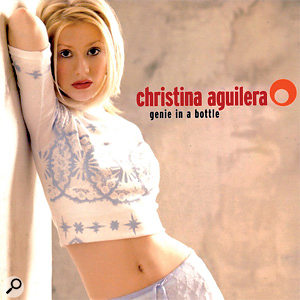 This track's 32nd-note kick-drum pattern remains unusual in mainstream pop to this day. The long wavelengths of a kick-drum's low frequencies usually take time to decay (if not in the signal itself, certainly in the real world of resonant playback systems and domestic room modes). If kick hits are too close together, the low frequencies don't have time to decay before the next hit, reducing the punch of each hit and swamping any bass part in the lower octaves. Styles that rely on fast kick work (such as high-speed metal) have typically evolved clicky, sub-bass-light kick sounds, but the 'Genie In A Bottle' production team overcame this obstacle in a different way.

Sticking a steep 80Hz low-pass filter over the mix reveals that the kick sound was created by layering several samples. The one that provides the serious 45Hz weight isn't triggered on every note, but accents only a few of the beats. This avoids low-end bloat, but also adds a layer of expression to the composite kick part, increasing the musicality and dance-ability of the groove. Note that this low-frequency layer is focused below the range of the bass line, which has been restricted to a region above 50Hz: each has its own place in the spectrum.

Switching the filter to its high-pass mode and whisking its cutoff up to 12kHz reveals another trick. Throughout the track, but especially in the choruses, there are a number of synth layers that don't serve much musical purpose, but which hammer the top octave of the frequency spectrum, and imply that the mix has a super-extended 'airy' frequency range. The beauty of these kinds of sound effects is that they can supply truly poptastic HF sparkle without the need to over-process the high end of your main musical parts.

Christina, as you'd expect, delivers a virtuoso vocal performance, but while a lot of singers can deliver a decent lead track, only the best can nail the backing vocals. The very act of layering backing vocals tends to homogenise their sound, so it's crucial when recording that the vocalist isn't allowed to sound as bored as they probably feel! That's not a problem here: I'm extremely impressed at how committed the multitracked backing-vocal performances are. If you can still get hold of the CD single, you can learn a great deal about this from the a capella version of this song. Mike Senior