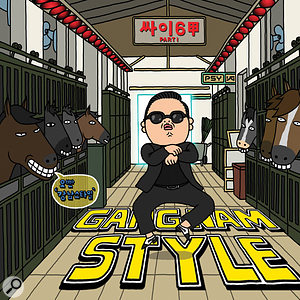 Peel away the daft dance moves, and 'Gangnam Style' is still an extremely effective mainstream house production that would make a good reference point for students of the genre. The kick has a solid 50Hz foundation and enough energy in the octave above to give a subjectively thick and 'bassy' timbre, but it nevertheless manages to exert a powerful influence over the arrangement even if you high-pass the mix at 1kHz, thanks to the transient's HF extension and the deep kick-sync'ed gain-pumping effect — which is all good news if you're concerned about widespread translation across different playback systems.

The sub-50Hz region is very tightly controlled, on the whole, which helps maximise the track's loudness within the digital headroom, but it's nice that there are also a few well-chosen moments where the subs are deliberately allowed to run wild for special effect. So, for example, the subterranean origins of the upwards synth sweeps at 0:52 and 2:14 really get your trouser-legs flapping, at a point in the arrangement where the technical trade-off (some loss of LF drum impact) isn't a huge tragedy. Similarly, the sub-bass dives that follow the downbeats at 3:14 and 3:32 can afford to give the subwoofers a good old workout, because there's little else but reverb competing for mix space simultaneously.

The way this mix folds down to mono is instructive as well. The main casualties are the wide synth pads and backbeat clap/snare sounds, which have been spread out to the extremes of the stereo image to keep them clear of the vocal. Crucially, though, the widening effects are most pronounced in the upper half of the spectrum, which conveniently leaves a bit of a spectral hole for all the most important vocal frequencies once you move into mono, compensating somewhat for the loss of the stereo image's positional separation. The lower half of the frequency range remains narrower in stereo, though, so the balance of those synth/percussion parts relative to the central instruments doesn't actually suffer as much as you might expect in mono, even though the tone changes. This kind of lateral thinking is what making the best compromise between mono and stereo presentations is all about.

Again, though, this mix doesn't just tick the technical boxes as far as image width is concerned, because it also has some creative tricks up its sleeve. So the intro, for instance, gives you the beat and synth rhythm entirely in mono to start with, which means that the initial vocal entry really pops forward at you, by breaking out of the centre-field (as well as by christening the upper octaves of the frequency response). Check out the other end of the timeline, too: the final 'boom' sound-effect's strong out-of-phase elements give a nice impressive 'outside the speakers' moment for anyone listening in stereo. As you'd expect, its level and tone really take a hit in mono, but with an incidental one-shot like that, it's really not a problem. Mike Senior 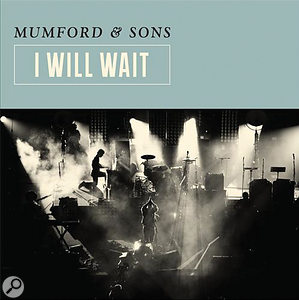 As anyone who reads this column regularly will know, I'm a great fan of arrangement drops: those moments when the mix suddenly thins for dramatic effect, reclaiming headroom so you can build up towards the next climax. So I was delighted to discover that this song's chock full of them! All three verses (0:18, 1:30, and 2:28) start with drops, for instance, the first bringing us down from the introductory instrumental chorus; the second lifted a little in relation by the more prominent kick pulse; and the third lent a fresh twist by the introduction of that unusual dulcimer-like sound. (Piano strings played with a spoon? Answers on a postcard, please...) But my favourite is at the beginning of the first chorus, because I think the stripped-back accompaniment contrives to hit you much more strongly with the vocal hook as a result.

All those goodies notwithstanding, the arrangement does somehow stall slightly at the start of the final pre-chorus at 2:58. The piano seems to disappear for a moment, while the guitar and bass rhythms briefly slacken, such that it almost feels like the onset of a hastily reconsidered arrangement drop. Some may feel that this creates progressive 'waves' of increasing mix intensity, but for my money the momentum from 2:38 through to the final chorus at 3:16 would have been more compelling without this hiccup.

This production (like a lot of the Mumfords') is also worth close listening for the sensitive use of sustained background pads. Whether it's the more obvious brass swells of the choruses, or the atmospheric wafts cosseting more stripped-back sections such as the first and second verses, there seems to be something pad-like filling out the texture most of the time. In fact, one of the reasons that the first chorus's arrangement drop sounds so strikingly exposed is that it's one of the very few sections devoid of such sonic upholstery.

Returning to the brass, I'd recommend focusing for a few moments on the way the swell at 1:55 expands the implied acoustic space as we move into the chorus. Whether we're just hearing the acoustic signature of the venue in which the horns were recorded, or mix engineer Ruadhri Cushnan's (I'd guess convolution-based) reverb processing is neither here nor there, because the result just seems to expand the height and depth of the room beautifully. In addition, I love the way he judges the low mids to give just enough body to the brass timbre, without bloating the mix overall. Furthermore, the swell is an excellent example of the power of auditory illusion, because the changing brass timbre clearly indicates that the performers' playing intensity is increasing towards the downbeat of the second chorus at 1:59, even though the signal volume of those players in the mix feels pretty constant — in fact, it actually seems to decrease in the last half bar. That dashed evil fiend is playing with our minds! Mike Senior 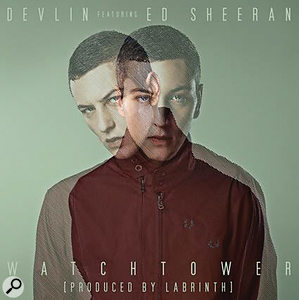 Many people confuse the purpose of a single-driver mid-range speaker (such as the famous Auratone 5C), with that of a simple low-fidelity 'grotbox', but the differences between them are well demonstrated by the way each responds to the vocals in the context of this (deliberately) heavily distorted mix. My mid-range speaker (an Avantone Mixcube) delivers the mix very clearly, adding little in the way of distortion or resonance, so that I can much more clearly hear the relation between the vocal and backing levels. For example, where the lyric "mother's house” at 0:35 suddenly pops out, or where the words "man and grab” find themselves relatively recessed shortly afterwards.

For all its balancing acumen, though, what a good mid-range speaker won't tell you is how the vocal intelligibility fares when the production's own distortion, flat-line mastering, and slightly unstable balance are compounded by the playback vagaries of many low-quality listening systems. In this context, my trusty little Goodman multimedia 'grotboxes' provide a much more useful perspective, blessed, as they are, with no-expense-spent 20W amplification, two-inch drivers, a hype-tastic Bass Boost function, and a fine collection of dents and cracks! Auditioning 'Watchtower' on these speakers from the safety of a neighbouring room demonstrates that their high distortion, uncontrolled resonances and poor left/right phase correllation collude with the off-axis HF loss and increased level of reflected sound to render much of what Devlin's rapping about a mystery. And that's before I even switch on the Hoover (something I try to do only in the interests of audio investigation!). Perhaps this deterioration doesn't concern Devlin's production team, but it would me. Mike Senior 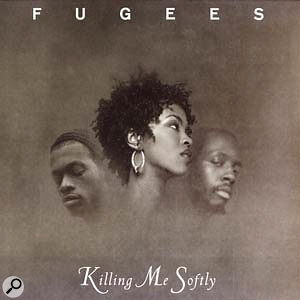 If there had been a Big Brass Balls Music Award 1996, this production would have left all the other nominees standing. Even out of its original context (on the heels of UK number ones from Oasis, Take That, George Michael, and the football anthem 'Three Lions') I still have the utmost respect for whoever it was that called time when so much space still remained unfilled. "Just beat and vocals for 30 seconds? And again in verse two? Are you mad?!” To my shame, there's not a shred of doubt in my mind that I'd have caved and added something else, and that'd probably have killed it. But as long as stones are only cast by those without sin, I reckon I can probably sleep easy.

The genius of this production is that it recognises Lauryn Hill's star turn for what it is, and realises that her emotive nuances can be heightened by savagely exposing them and contrasting them with a backdrop of deliberately restricted expressive range. The result is that arrangement features that wouldn't warrant much attention in another production suddenly become much bigger news: the sitar sample at 0:35 and 2:04; the bass entry at 1:29, and its funky fill at 3:32; the muted snares at 1:47 and 2:54, the muted kicks at 3:45, and the full-loop mutes at 2:03 and 3:13; the isolated verse harmonies at 1:14 and 2:12 (How on earth did they resist the urge to add more? They're not human!); and the show-stopping two-second drop into the bridge at 3:13 — every time I hear it I feel like I have to hold my breath until the snare at 3:15!

One thing puzzles me, though, just before the final "with his song” at 4:18: is that the Refugee Camp's answering machine going off in the background? Mike Senior