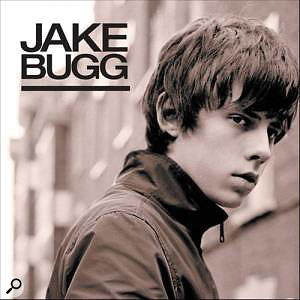 I love the way this production makes a virtue of its own economy of means, blasting along on the same fairly straightforward groove for just over two minutes before calling a halt. That said, the arrangement is no less effective for its simplicity, giving each new section its own added feature. So following the opening guitar-only accompaniment, the entry of the kick drum and tambourine at 0:17 increases the energy into verse two; verse three adds in the bass; the snare arrives with the first chorus; and the high-gain guitar solo part takes the baton from the chorus vocals to carry us over the song's midway point. A drop-down to the verse-three texture at 1:11 then allows a recap of the same build-up to take us all the way through to the finish line. Job done! 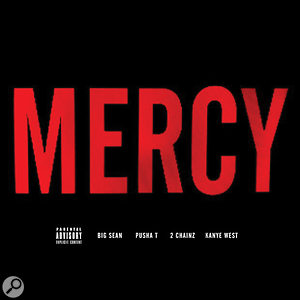 A recent chart topper in Billboard's rap division, this track epitomises what I consider to be one of hip-hop's greatest strengths — its ability to convincingly glue together collections of disconcerting and/or potentially conflicting sonic elements, primarily through sheer force of ego! Ask yourself this: what do quotations from the Book Of Revelation have to do with four rappers figuratively waving their dicks around? Not a great deal, frankly, but Kanye West's unflinching transplant of those well-known biblical phrases into his home turf encourages you to make them subservient to his own lyrical message. Perhaps the "weeping and moaning and gnashing of teeth” is the expected response of less accomplished rappers? Or people with less money? Or general 'haters'? Or maybe the words relate to something else entirely amongst your own unique associative baggage? In the end, it doesn't matter a great deal whether there's any categorical answer, because it's the wealth of possible alternate interpretations that seems to me to lend hip-hop music a good deal of its emotional depth — much as the ambiguities of punning and double entendre frequently enrich the rapped lyrics.

What really blows me away here, though, is the stunt West pulls for his own verse — borderline lunatic, musically speaking, but no less admirable for that! For a start, it's such a complete departure from everything we've heard before that it might as well be a different track: no C#-A-G# riff, a different kick, a different bass, different (and indeed mobile) chords, and of course Kanye's distinctly contrasting rap style and vocal tone. But, in addition, the chords themselves are so stubbornly directionless that their effect ends up being rather unnerving — almost menacing, in fact, in an '80s slasher movie' kind of way. What I love about stuff like this is that it's doesn't try to make musical sense, demonstrating instead how showmanship, shock value and tangential production hooks can still carry the record regardless. Mike Senior 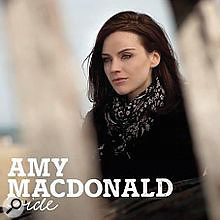 I took a blind punt on Amy MacDonald's third album, Life In A Beautiful Light, after noticing that she'd cracked the top echelons of the UK album charts without my having come into contact with her music before. Upon receiving the album, I was also intrigued to discover the mixing credited to Bob Clearmountain — a name once practically synonymous with the phrase 'hit record', but which rarely appears in the singles charts these days, I'm sad to say. From an engineering standpoint at least, I was immediately impressed by how beautifully the bass has been managed. It's partly that it's absolutely dependable in terms of subjective level on pretty much any size of playback system, but it's also that it hasn't just been flattened to achieve this. In particular, many of the fills appear to have been tastefully ridden up, so that the ear is naturally drawn to these nice arrangement details.

In fact, the automation is generally one of the star attractions of this mix for me overall — check out the electric guitar interjections in the second verse, for instance, or the way the chiming chorus guitars bubble up between the vocal phrases (after "seven seas” and "ask of me”). Although personally I'm not crazy about this kind of safe-as-houses MOR folk-rock arrangement, I think it would come across a whole lot blander if Clearmountain had not been so careful in picking the most appealing details out of the frequently crowded instrumental line-up. Mike Senior 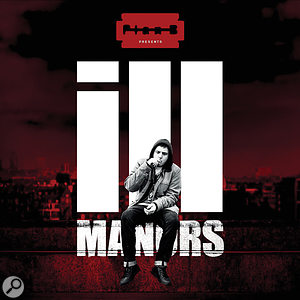 It's easy to be distracted from the Keystone Cops-style string sample by Plan B's blistering state-of-the-nation polemic, and leave with the impression that it's just a simple loop. On the contrary, however, its actually pretty inventive, a notable technique in the producer's arsenal being that of triggering the same snippets both in on-beat and off-beat contexts. The most obvious example can probably be heard at the start of the chorus, where the first seven of the sample's 16th notes (assuming a 67bpm tempo) are retriggered again on the eighth, and then again on the 15th. However, the verses are also replete with similar smaller-scale rhythmic reinterpretations by virtue of the repeating Eb-D-Eb figure, which constantly switches between first-note and last-note emphasis.

Interestingly, similar rhythmic games are all over the lead rap too, such that you're never quite sure if he's going to start a line on or off the beat. But best of all is the way the chorus hook plants its first "Oi!” squarely on the second quarter-note of the bar, but then muscles it off onto the fourth quarter-note's off-beat for the following "I said oi!” The way that repetition amplifies the meaning of a time-worn cockney exclamation would already have been great on its own, but wrong-footing the listener rhythmically into the bargain elevates it to a stroke of sheer brilliance in my book. More power to that man's pen! Mike Senior 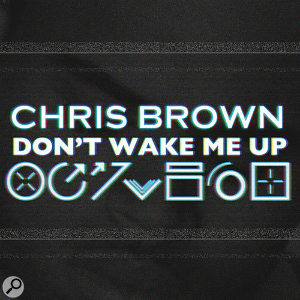 This song's chorus is fairly conventional euphoric trance, but the second verse (1:37-2:07) is so nicely put together that it's worth seeking out even if this sub-genre isn't your usual poison. The lovely blippy synth sequence and eighth-beat-only clap hit put a great new slant on the basic four-to-the-floor kick pattern here, but still leave plenty of room for the ear candy of the vocal/guitar delay details to be amply appreciated. Then you've got the reverse acoustic-guitar transition effect at 1:35 which initially announces the section, the piano sneaking in at 1:52 as a welcome little boost to the texture after eight bars, and finally the burst of filtered synth pad which provides a one-bar fill into the pre-chorus.

The first two bars of the final chorus are also noteworthy for the one-shot explosion Foley that overwhelms the mix, over-stuffing the sub-300Hz region, masking most of the HF detail, softening the kick's LF punch, and smudging the bass line's apparent pitching. Although SFX detonations are the stock in trade of this style, they're usually mixed quieter and with less low end, to reduce some of these side-effects. I have to say that I rather like this example because its sheer shock value distracts my ear from the collateral damage until normal service resumes, a few beats later. As any stage conjurer will confirm, you can get away with practically anything while the audience is looking the other way. Mike Senior 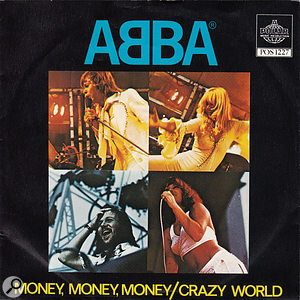 In response to repeated requests from SOS readers, we've decided to supplement our critiques of current chart releases with discussion of some classic tracks — and I'll start that ball rolling by dusting off one of my all-time favourite arrangements, ABBA's 'Money, Money, Money', released in 1976.

There's so much to enjoy here, but the part that probably stands out most for me is the bass. Not only does it contribute to one of the song's signature hooks by boldly doubling the first half of the chorus vocal melody, but it also sprinkles the song with diverting ear candy — for example, the fill before "ain't it sad” at 1:28 and the longer counter-melody under "aah... all the things I could do” at 2:12-2:18.

The links between sections are masterful too. Take the chorus lead-in at 0:42, which creates a strong rhythmic tension by repeating its seven-beat melodic phrase such that the stress patterns of the second iteration are out of sync with the underlying 4/4 metre. Although this is clearly designed to wrong-foot the listener to some degree, it remains fairly easy to digest (and remember as a hook!) because of the internal repetition. Plus, the eventual resynchronisation of the stress patterns on the last beat before the chorus boosts this upbeat's subjective importance enormously — supported by that amusingly theatrical drum 'boosh', of course!

No less impressive is the piano link that opens the song. Although the outline of its harmonic progression is simple (basically I-VI-IV-V-I), a couple of little details make all the difference. The first is the cadence's nice sharpened-fifth dominant chord, a flavour unjustly overlooked in a lot of music these days; while the second is the falling chromatic line from E to D during the first three chords. What's so inspired about the latter is that it makes sense of the F7 chord's E-flat (a note which rarely features much in A-minor), thereby preparing the ground for a strong V-I cadence into the B-flat-minor key-change at 2:28. Thus one of the most threadbare modulation clichés in existence is made to sound far less contrived than it has any right to. Respect! Mike Senior