'Write It On Your Skin' 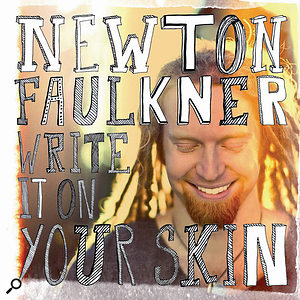 This, the lead single from Newton Faulkner's recent UK number one album of the same name, makes a rewarding listen for mixing aficionados, right from the lovely vocal and guitar sounds at the very opening. But what I really like is the way mix engineer Ruadhri Cushnan has conjured up a series of tasteful but distinctly ear-catching effect treatments to flag the song sections and keep the basic 'voice and acoustic guitar' backbone of the track sounding fresh — especially important given how much musical/lyrical repetition there is between the two verses and three choruses.

The lightest touch of room ambience starts us off, providing a nice natural width and space while keeping Newton close and intimate. Then the smoothly layered vocals of "all the things I'd rather be” move out into the room a little with their panning and heavier ambience (is there some chorusing/widening effect in there too?), supported by a suggestion of increased roominess in the guitar. Despite this, though, the ambience of this pre-chorus section still says 'small space' pretty clearly, allowing the full-band chorus texture to make a new statement by opening out into a suitably larger venue.

At 0:57 the automation jerks us abruptly back to what initially appears to be a recap of the close-up first-verse sound, but after a few seconds it's clear that some subtle additional guitar layers are adding a touch more warmth, not least because they appear to be driving a longer reverb patch — most audible on the left-channel part. As the verse develops further, some nice subtle quarter-note delay spins also appear on the lead vocal, for example on "car”, "far”, "alone”, and "carry on”, but under automation control so that the listener can't get too comfortable with them.

Following the pre-chorus and double chorus, each filled out subliminally with some subtle extra arrangement layers, the middle section at 2:08 all but stuffs the vocal into a Pringles tube (using some kind of amp simulation, I'd guess) as a moment of foreground ear-candy before the quarter-note delay expands the canvas once more at 2:15 in the run-up to the final choruses, a process continued by the two "let's start again” counterpoint lines: the first more natural and with stronger reverb at 2:21; the second an ethereal turn with some sort of heavy stereo widening treatment.

And finally, my favourite moment of all: a little twist in the tail at 3:05 after the last chorus, as the full texture shrivels almost instantaneously into the cramped 'bedroom podcast' sonics of the last vocal line. Mike Senior.

'Picking Up The Pieces' 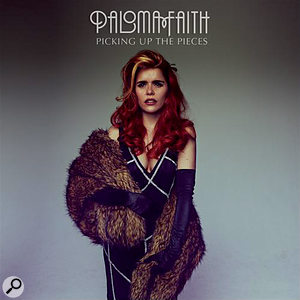 I'm not a fan of this mix at all. Sure, the vocal is well upfront, but otherwise the sonics feel curiously muffled overall, and it's very difficult to appreciate the qualities of most of the backing parts because they're so difficult to hear. For example, I get the sense that the upright piano sound that enters with the first verse could be really interesting to listen to in its own right, but the mix somehow contrives to represent it using all its least characterful frequencies, leaving it indistinct and forgettable. Where's the mid-range? And why has the woolliness in its 100-200Hz zone been allowed free rein to cloud the vocal tone and contribute to a muddy build-up with the bass when it arrives at 0:43?

There also seems to be masses of murky-sounding reverb, which doesn't help the clarity any, and I'd certainly have wanted to do some serious EQ of those effect returns myself to draw some of the veil away from the sound. To my ear the string and choir parts already provide plenty of textural padding already, without flooding all the remaining mix space with effects. Now I'd be the first to acknowledge that there's room for differences of artistic vision where mixing is concerned, but I reckon it'll be an uphill struggle to woo any sizeable audience with your art if "make most of the instruments difficult to hear” forms an integral part of your production manifesto. Mike Senior 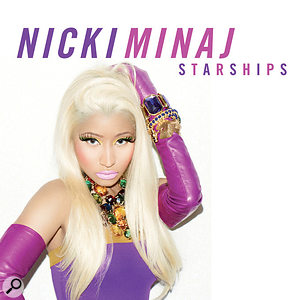 Of all the ways to remove expletives from a track for chart release, editing the final mix to reverse the offending segments is probably my least favourite. And rarely have I heard it applied so destructively as in this track, where the instances at 1:32, 1:33, and 1:45 really kcuf with the groove. This seems pretty self-defeating in any kind of club tune, even given the shaky justification that the rhythmic hiccups operate as little bits of ear-candy in their own right.

That aside, though, I was struck by the way that the opening riff's pumping-style envelope modulation craftily signposts that we're not listening to, say, a bubblegum guitar record, long before any of the other arrangement additions actually indicate the stylistic backdrop decisively. I also think that the heavily detuned (practically out of tune, in fact) shouty rave-fest first heard at 1:09-1:24 is an inspired move, conjuring a fantastic image of sweaty moshing for that section! In the current chart climate, it's so easy to get into the habit of expecting everything to be in tune all the time, so it's wonderful to be served such a forceful reminder that wonky tuning can also bear creative fruit. Mike Senior 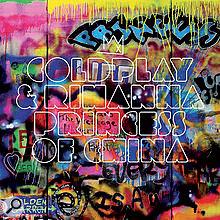 This is a fascinating production; mad as March hare in some respects, but somehow the band manage to carry the whole thing off fairly convincingly. The song's structure, for example, is enigmatic to say the least. Although you get a clear sense of there being two verses at 0:23 and 1:08, it's nevertheless tricky to cast this song into any kind of traditional structure. The closest thing we get to a 'chorus', for instance, is the ornamented open-fifth riff which bookends the first verse and then recurs at 2:23, but this features no lyrics and is never really framed as a climax, plus it's all but absent from the song's culmination from 2:46. The move to the major at 1:32, on the other hand, definitely presents itself like the chorus we've been waiting for, with prominent use of the title word "princess” in the lyric, but when it fails to reappear it reveals itself to have been an elaborate red herring! After that the remainder of the song is dominated by material we only hear for the first time at 1:54. That such shenanigans patently fly in the face of much received wisdom on the subject of songwriting is neither here nor there, of couse, given the strength of the hooks, performances, and arrangement/production ear-candy — in fact, it's quite exhilarating to hear the rulebook being torn up so effectively!

Lovely details abound too: the subtly shifting verse vocal arrangements and effects, especially the inhumanly tight octave doubling at 1:18-1:28; the fantastic arpeggiated flourish across the downbeat at 0:46; the woozy backing pitch-droops into Rihanna's "whoa” BVs (as at 0:12) and the start of each verse (0:23 and 1:08); and the incongruously child-like "la-la-lah” BVs at 1:56, with their shadowy reprise during the final workout. However, the crowning achievement of this song for me is the palpable sense of lift-off generated when the outro kicks in at 2:45. The arrangment clearly has a lot to answer for here, with its euphoric choral block chords and powerful bass underpinning, but personally I think the main source of gooseflesh is the dissonances, the most important of which occur between the lead vocal and bass.

First you get the tritone at 2:44, generating an expectation (based on the prevailing four-bar chord progression) that the top line will resolve upwards onto the third of an A major chord. But when the bass drops instead to a 'D' at 2:56, the 'C' is transformed instead into a seventh which only properly resolves in the middle of the following bar when "no, you really hurt...” arrives at 2:49. A repeat of this same melodic contour then produces parallel sevenths with the bass at 2:55-2:57, and at 3:06 the vocal's high 'D' delivers both ninth and seventh clashes as the bass moves from 'C' to 'E' underneath — a trick repeated at 3:16 by the vocal 'B'. What's important, though, is that these dissonances aren't just chucked about at random. Intense and sustained as the clashes are, they do nonetheless eventually resolve in a musically convincing manner to neighbouring consonances, so that it's easy for the average listener to make sense of them within the context of the underlying harmonic progression (with which, incidentally, they were already familiarised during the "you stole my star” section at 1:55-2:11).

But there's another source of harmonic tension here too: the sustained 'A'+'E' open fifth that forms the skeleton of the high piano layer, and which sustains right through the outro oblivious of the changing chords underneath. Needless to say, these notes frequently clash with the harmonies beneath them (it's only the chord of 'A' major that leaves them both consonant, in fact), but because the notes remain static it's comparatively easy for the ear to separate them out mentally, so that, once again, they don't confuse the nature of the underlying harmonic progression. Proper craft, that is. Mike Senior 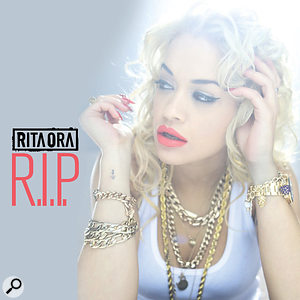 Despite its demonstrable unit-shifting capabilities, it was all I could do to keep my finger off the Skip button while auditioning this exceptionally bland production. Any life that might have remained in the mechanically programmed drums has been smooshed out of them at the mastering stage; mushy synth layers complacently go through the motions, draped around unimaginative harmony; and there's scant arrangement interest beyond a bit of fader/mute juggling. Despite all that, though, I couldn't help smiling at one corner of the main hook lyric, because of the neat way it plays with your expectations. The first phrase (0:02-0:14) begins with Rita Ora spelling out "R.I.P.”, so when the second phrase recaps the same melody at 1:15, there's a momentary impression that she's started another acronym "I.D...”, when in fact the lyric actually continues "I decided...”.

It was so diverting that I almost listened to the song twice. Mike Senior