sparsely‑arranged vocals‑and‑piano number to the top of the UK singles chart. While its success clearly hinges on her outstanding vocals, what caught my ear was how well the production team had managed to contrast the vocal with the piano, thereby setting the former in high relief. The understated, repetitive piano part itself is partly responsible, quickly receding from the listener's attention to form a passive background against which Adele's more emotional performance unfolds. Note also the carefully judged dynamics, supporting Adele with commendable restraint as she really opens up, and supplying subtle extra momentum where appropriate — the wonderfully measured build through the second pre‑chorus from 2:20, for example, or the little lead‑in to verse two at 1:49 (the latter nudged forward by the mixer automation, I suspect). The rebuilding of the figuration from 3:24 into the final chorus is also nicely paced, and the additional bass‑note repeats in the final chorus give a little more lift, without the need to trespass on the vocal by pushing the volume or pitch of the treble notes.

The engineering can also claim credit too, by wrapping the piano's sonics neatly around the vocal. For a start, the stereo image is remarkably wide (given that the part uses less than a half of the instrument's available pitch range), and while this does compromise the mono compatibility (check out the third chord, at 0:07, in particular), it also keeps the piano out of the way of the vocal. The piano's frequency balance also features recesses at 150‑300Hz and 4‑8kHz, which avoids its competing with the voice's warmth and presence frequencies, both of which powerfully communicate Adele's nearness and intimacy, placing her well out in front of the piano.

And speaking of distance cues, reverb has also been very intelligently used. Compare the natural‑sounding bloom around the piano sound with the lead vocal's more artificial treatment (sounds like some kind of plate device to me, judging by the section at 3:34‑3:50, where it's most audible). The spatial realism of the piano reverb distances it from the listener, as well as emphasising its sense of width, while the vocal reverb's narrower and less realistic tail remains more distinct from the singer's voice, providing sustain, tonal enhancement and a vintage character, but all without unduly pulling the dry sound back into the mix. The dynamics processing applied to the two main protagonists also feels quite different. Lots of nice, furry compression character has been lent to the vocal, as well as enough gain‑reduction to give it a bit of that 'nose pressed up against the glass' feeling, which is all entirely in keeping with its status in the track. The piano, on the other hand, has been treated much more neutrally, and I'm guessing that parallel compression may well have played a role here, given the degree of sustain and gain‑control achieved without obvious pumping artifacts.

All that great stuff notwithstanding, there are a couple of small things that niggle me. The first is that the 'air' of the live vocal mic has been audibly removed in the intro, before the second verse, before the third chorus, and in the outro. For me this rather undermines the impression that her performance is truly raw and immediate. The breath at the start of each verse has also been removed, which also feels a bit odd given how much Adele's breath noises contribute to the expression elsewhere. Perhaps the slightly startling unheralded effect of the vocal entry was considered beneficial to get the listener's attention at those points in the song? I don't really buy that explanation myself, though, and I can't help thinking that a bit of background noise or an extra breath could easily have been patched in to make the tampering less obvious.

The other thing that grates on me a little is a resonance that appears during the loud choruses. The best example can be heard in the second chorus on the word 'you' at 2:41. The specific combination of the note pitch, the 'oo' vowel, and the forceful delivery causes a harmonic at around 4080Hz to suddenly leap out of the balance, making the vowel a bit too harsh‑sounding for my taste, especially at higher playback volumes. This is by no means an uncommon occurrence whenever any vocalist gives their sound a bit of extra welly, but I was a bit surprised that it survived to the final record in this particular case, given that the mix engineer was Tom Elmhirst. When he was interviewed for SOS's 'Inside Track' column, he mentioned dealing with exactly this kind of thing using notch filtering when working on Amy Winehouse's 'Back To Black'. Maybe it's just me... Mike Senior

Top mix engineer Dave Pensado likes to say that it's more important to be new than to be good, and few bands

seem to follow this mantra more successfully than the Black Eyed Peas. Ever since 'Boom Boom Pow', I've been fascinated by the way they treat record‑making like concept art, structuring their music around pure hooks, irrespective of current fashion or traditional aesthetic considerations. Even though I can't stand this particular single myself, I can't help admiring their chutzpah: who in their right mind would have even contemplated releasing a cover of such a nadir of '80s cheesiness? Yet the Peas have pulled off a classic hip‑hop reinvention, taking over the airwaves and causing music execs the world over to salivate at the prospect of some return to those halcyon days of neon‑tinted high consumerism. Not that I'd actually recommend this approach to anyone trying to make a break with their own music, because the scheme's success seems heavily dependent on the band's existing big‑league status — anyone else trying to hawk a production like that around the industry six months ago would almost certainly have been laughed out of court.

Personal preferences aside, though, there was one thing about the more dance‑oriented 'verse' sections (1:00‑2:00 and 2:45‑3:30) which intrigued me from an arrangement perspective: the way the vocal and lead‑synth parts interact. When the vocal is higher in register, the synth is pitched lower, and vice versa. On a purely sonic level, this probably improves the clarity of the mix to some extent, by keeping the two important parts out of each other's way — especially effective when the synth moves into its lowest register at 1:45 and 3:15. However, I wonder if this technique might also be a way of highlighting and exaggerating the more subtle pitch contrasts of the rapped vocals in particular, to make them appear more expressive than they are. Whatever your opinion on that point, however, there's no denying that the pitch variations help keep the basic synth riff closer to the top of the listener's consciousness, and that simple trick alone is worth considering for your own arrangements. Mike Senior

Being nostalgic by nature, I was immediately attracted to this song's turn‑of‑the‑'80s influences, but have since 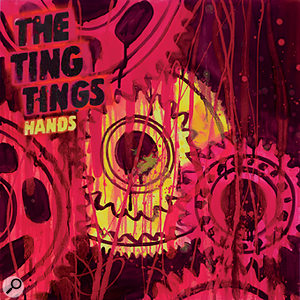 noticed something else interesting about it: whether by luck or design, the Ting Tings have allowed many of the vocals to remain out of tune with the track in a very effective way — in my opinion, at least. Not only does the wayward tuning give a kind of sneering, Debbie Harry attitude to proceedings, but it also serves to reduce the degree to which the vocals blend with the backing, which makes the singing poke out of the mix more at a given fader level, bringing it closer to the listener. Needless to say, the danger with this trick is that overly sour pitching tends to put off the Auto‑Tune‑acclimatised modern listener, especially in a chart context. But this is where what the Ting Tings have done is so nifty, because it sounds to me as if they've adjusted the tightness of the tuning for different sections of the song, in an attempt to have their cake and eat it too.

For instance, the tuning in the first verse (0:22) feels tighter than that of the second verse (0:44), which makes a lot of sense — there's less for the vocal to compete against in the arrangement earlier on, and it seems to me that listeners would be most likely to object to tuning vagaries at the outset, when the previous pitch‑regimented radio track (Black Eyed Peas, perhaps) was still fresh in their minds. The choruses also seem to follow a similar trajectory: tighter for the first 1:06 and then looser from Chorus 2 (1:51). Then the pitching steps back into line again for the third verse and the end of the middle section, presumably because that's where the vocal harmonies appear: it's almost impossible to make vocal chords fit together convincingly if the tuning's wayward. Mike Senior

It took me several listens before I could put my finger on what bugged me about this mix. In the end, though, 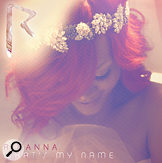 I worked out what it was: the harmony is being undermined by the kick drum. The basic harmonies throughout the track are a bar of F‑sharp minor, a bar of A‑major, and two bars of D‑major. Against this, there's very little in the arrangement that qualifies as a traditional melodic bass‑line, so the 808‑style kick‑drum's pronounced pitched components at 37Hz and 74Hz fill that void with a 'D' note. The problem is that this only really supports the D‑major chord, destabilising the home chord of F# minor (by implying that it's actually part of a D‑major 7th chord) and clashing nastily with the A‑major. Of course, on small speakers this might not be as apparent, but it definitely weakens most of the song for me. Don't take my word for it, though, because you can make up your own mind. The section beginning at 3:12 has four bars without the kick, and four bars with it. Is the music more appealing to listen to at 3:12? Mike Senior