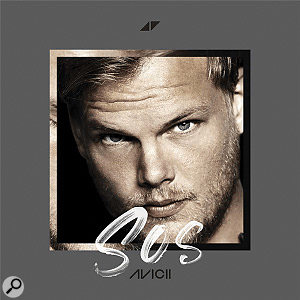 Over 2000 years ago, the Greek philosopher Plato theorised that all real-world things are imperfect manifestations of conceptual ideals, usually called 'Forms'. For example, he suggested that there's an idealised concept of what a 'chair' should be (the Form), and that it's by comparing any real object to that Form that we decide whether to call the object a 'chair'. What does that have to do with Avicii? Bear with me...

Check out the one-bar synth-koto hook that appears first at 0:43 and then another 20-odd times in the rest of the song. The casual listener might be forgiven for assuming that this little melody is just repeated, but listen attentively and you'll notice subtle variations, such that we never have two identical versions following each other. For instance, the ornamentation of the hook's third beat becomes more elaborate at 0:46, while the two-note ornamentation at 0:44 is appreciably quicker than that at 0:49. The last iteration in each four-bar group also alters the pitches of two of its fourth-beat 16th notes, although those are truncated completely the first time round (0:51).

Despite these variations, if you asked the average punter to hum the hook they'd almost certainly present you with a single version of it. They'd have generated their own idealised mental image of the hook — something akin to a Platonic Form, although Plato considered his Forms an unchangeable part of nature, whereas each listener is creating and refining their own psuedo-Form as they become familiar with the song.

In taking advantage of this, Avicii addressed one of the essential dilemmas of popular music: on the one hand, you want to drive the simplest possible hook as deeply as possible into the listener's memory; but the more you repeat a simple hook, the more likely people will just get bored! By using a very short hook but varying it in subtle ways that don't hinder the listener's ability to internalise the hook's 'pseudo-Form', Avicii can have his cake and eat it; he gets the benefits of simplicity (catchiness and instant song recognition), but the small melodic discrepancies between each hook and the 'pseudo-Form' help keep the music sounding fresh for longer. Hands in the air and make some noise for DJ Plato! Mike Senior 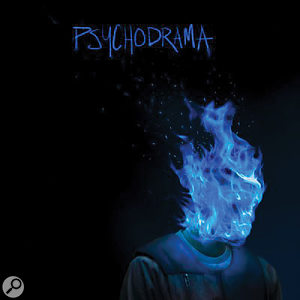 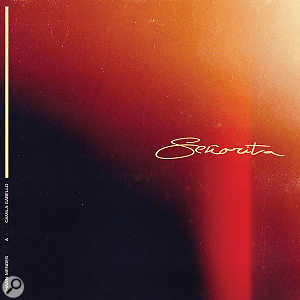 It always tickles me when singers are too busy getting their soul on to make up their minds about whether they're affirming or denying their own lyrical message. So I couldn't help smiling at 0:47, when Shawn Mendes comes out with "It felt like ooh-la-la-la, yeah, no". It would have been so easy to make that final "no" into an "oh", for instance, so I'm assuming he left it in there just to amuse us pedants... (Still, he's a rank amateur compared with Anastasia's 'I'm Outta Love', which manages to trawl through 19 "yeahs" and 13 "nos", including the incomparable ad lib "no, no-no-no-no, no, yeah!")

Even putting aside such petty quibbles — and the hook's striking rhythmic similarity to 'Girl From Ipanema' — a couple of other things interfered with my enjoyment. Regular readers will know I'm no fan of trowel-applied tuning/timing correction, and clearly no-one's spared the editing scalpel here, but to be fair it's mostly within the bounds of taste for the genre. Notwithstanding, the chorus goes one step too far for me, as the octave doubling between the two lead singers exaggerates the unnatural precision and synthetic timbre of their hyper-corrected timbres — making them sound unappealingly like virtual instruments. There's just something about octave doubling that compounds those unmusical side-effects; other intervals seem to work much more inoffensively.

In addition, the little bridge section leading into the final chorus feels harmonically rather ungainly. I'm no enemy of colouristic dissonance in principle but, in the context of a song that's had pretty functional harmony up to that point, it feels weird that the vocals settle onto B and F at 1:58. Not only do these notes have nothing to do with the A minor chord they're sitting over, but they also defy voice-leading conventions by both leaping upwards (to E and A respectively) on the downbeat of the following bar, one of which notes is also foreign to the underlying Cmaj7 chord. Then the section ends on a first-inversion Em chord that creates precious little harmonic momentum into the chorus's opening Am. Shame they didn't sneak in the bass G sharp leading note used elsewhere (eg. at 0:32 or 1:22), as I reckon that'd have made the transition stronger. Mike Senior 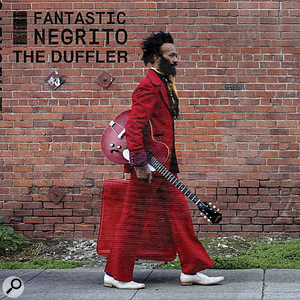 Having won his second Grammy for Best Contemporary Blues Album, Fantastic Negrito's clearly on a roll, and this track, featuring one of the grimiest, grooviest juggernauts of a riff I've ever heard, is a great introduction to his world! (And I love how the top of that riff line alternates between the G chord's perfect and diminished fifths to subtly sustain the line's interest.) The mix has a gloriously filthy sonic quality, which binds the drum samples and instrumental overdubs into an organically cohesive whole without sacrificing significant clarity or detail — quite a balancing act!

Another highlight is the low end. As there's no detailed kick-drum filigree, the sound can afford to be capaciously resonant below about 50Hz, giving it a suitably thunderous quality. But, crucially, the kick tone above 50Hz remains tight and the bass's low end is also well controlled, so the mix as a whole never risks sounding bloated.

It was only while scrutinising the low end more closely, however, that I realised something else: what I'd instinctively assumed was one drum part is actually two! There's a live-sounding break-based part with a prominent hi-hat in the left channel; and a programmed loop of kick, snare and shaker in the right channel. Again, the fact that these separate parts blend with each other so convincingly is a credit to engineer Nahuel Bronzini's mixing, and they give rise to some fun stereo side-effects too. Firstly, there's a cool interplay between the opposition-panned hi-hat and shaker, and also a definite pendulum effect as the rhythmic emphasis alternates between the right channel's heavier kick drum and the left channel's more present-sounding snare. The tonal mono-compatibility of the drums is excellent too, despite the wide spread in stereo, because summing the channels doesn't result in the kinds of comb-filtering artifacts you normally expect of stereo overhead/room mics (and indeed many stereo samples as well).

Another unusual characteristic is the disparity between the low-end levels of the two kick drums — the left channel meters about 8dBRMS higher than the right below 40Hz. In mainstream chart styles, where you want both maximum bass and maximum loudness, this kind of thing can be a technical concern (something I touched on when critiquing Rudimental's 'Feel The Love' back in SOS September 2013), but within a more indie context there's much more leeway to take liberties like this for aesthetic reasons. Nevertheless, it did intrigue me, so I reached out to Nahuel himself, and he was kind enough to provide some extra background. Apparently, he and the artist initially worked on the arrangement while listening on smaller nearfield monitors, so weren't initially aware of what was going on at the extreme low end. However, once they did hear their work on a full-range system, they realised that the extra low end was enhancing the left-right interaction between the kick and snare hits, so decided to leave things that way. A nice stroke of serendipity! Mike Senior 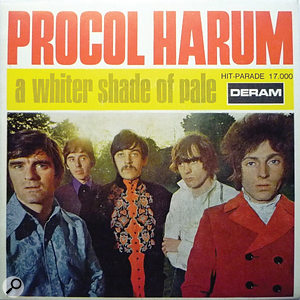 We producer types love to inflate the importance of what we do, so it's sobering to recognise how little this monster hit owes to its production, even at a time when Sgt. Pepper's was conquering album charts across the globe. For a start, all the instruments play all the time, with scarcely any textural variation, so there's no real arrangement work to speak of. The engineering isn't exactly flattering either. The piano and guitar parts (What piano and guitar parts?!) are practically inaudible. The vocal line has some plosive pops (check out "plain" at 2:18) and is also incongruously bone-dry for such a soaring line. And the cymbals are loud enough that, back in the day, producer Denny Cordell apparently sent a pre-release copy to Radio London querying its suitability for broadcast.

Basically, this is a record that's 100 percent about lyrics and musicianship. Unfortunately, I think all the talk about psychedelic wordplay and Baroque stylistic pastiche has overshadowed other aspects of the music that are just as important. For instance, it's cool the way the song's basic structure, built entirely around eight-bar units, interfaces with the six-bar harmonic 'loop' of C-Am-F-Dm-G-Em. In a sense, the song's entire harmonic progression can be seen almost as the logical outcome of: (a) trying to use the six-bar loop as much as possible; and (b) ensuring that each song section starts on the tonic chord. So the eight-bar intro and chorus sections end up with two extra cadential bars, while the 16th-bar verses stick with the harmonic loop right up until that dominant 13th chord ushers in the chorus with "and so it was".

This is a record that's 100 percent about lyrics and musicianship. Unfortunately, all the talk about psychedelic wordplay and Baroque stylistic pastiche has overshadowed other aspects of the music that are just as important.

But the most thought-provoking aspect of this harmonic loop is that it doesn't sound odd during the verses, where the harmonic pattern disagrees with the phrase structure. In other words, the moment when the harmonic loop returns to the tonic chord, the vocal is only starting the fourth line of its first quatrain. By the time the second quatrain starts, the harmonic loop has already reached the subdominant chord, only settling back onto the tonic for the vocal's third line. If you look at it on paper, it's the kind of songwriting concept that most writers would probably dismiss out of hand as a train-wreck waiting to happen... and yet in practice it sounds so natural.

Another aspect of this production that's undervalued, in my view, is its saturation with melody; the lead vocal's verse and chorus lines;the Hammond's lead line during the instrumental section and frequent countermelodies elsewhere; and the bass line's relentless scalar descent, peppered with tasty chromatic passing notes and well-placed eight-note fills. Perhaps this is why the track hangs together so naturally? Or perhaps, as she says, there is no reason... Mike Senior