Christine And The Queens

Re-released in the UK a few months ago with English lyrics (the original French-language version, ‘Christine’, appeared in 2014), this song has recently been propelled into the charts following the artist’s Glastonbury Festival show. 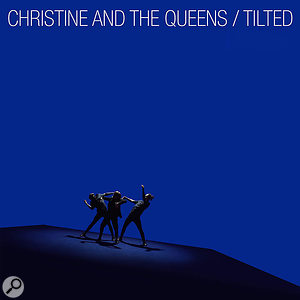 There’s plenty to admire in this project, but what first catches my ear is the rhythmic groove, which feels impressively fluid despite the exclusively electronic backing. It’s so easy for programmed productions to feel stuck in the mud rhythmically, almost as if they’re dragging, but this song skips along lightly and naturally, and several things contribute to this. Firstly, the high percussion is extremely understated — just a hi-hat playing eighth-notes at a very conservative level. This directs the listener’s attention more towards the main beats, a tactic which usually makes a groove flow more easily. There are 16th notes in the arrangement, but crucially these derive primarily from the arpeggiated synth riff that’s first heard at 0:19, the soft attack of which only lightly sketches in the smaller beat divisions.

But the other fundamental element of the groove is the lead vocal. I regularly advise SOS readers that lead-vocal timing is just as important as lead-vocal tuning, and this track is a case in point, because singer Héloüse Letissier is absolutely locked to the groove here, and had she not been I reckon it would have substantially undermined the production.

But there’s so much more to this performance than simple timing, because it also enhances the groove in a couple of other important ways. On the one hand, she joins the synth riff in contributing small bursts of 16th notes (such as at “trample over beauty while sing their thoughts”), but without labouring them so much that things drag — and indeed abandoning them entirely for the choruses, where the beat most needs danceability. On the other hand, she generates much-needed melodic direction, connecting the backing’s rhythmic elements together into musical phrases. So, for example, there’s an undeniable momentum in the chorus phrase “I am actually good”, driving us towards the downbeat “act” syllable every time, an impetus for which only really the vocal can claim credit.But there’s even more to it than that.

Although it’s difficult to point to any specific example, I just get the sense that the singer is really feeling the rhythm, and it’s an impression that project-studio vocalists very rarely manage to capture for one good reason: they don’t actually move to the music. On the face of it, the idea of dancing in the studio seems odd, given that no-one’s going to see it and the singer’s movements have the potential to make the sonics less consistent (and hence tricker to mix). However, the muscular convulsions of dancing have a tremendous impact on the way you sing, and I’ve seen many vocal performances transformed in this way. So next time you step into the vocal booth, don’t hold back — shake that thang! Mike Senior

Of all the phrases rock bands can utter in the studio, “Let’s add strings!” is probably the one that most reliably sinks my heart into my boots. As a string player myself, I inwardly weep for the expressive potential wasted by those depressingly typical block-chord string arrangements — it’s like hiring a session guitarist and only ever asking him to play power chords! As a recording engineer, I’ve been on too many sessions soured by mutual distrust and miscommunication between band musicians and classical performers to relish the prospect. As a mix engineer, I bemoan the fact that such a costly organic sound so frequently features so low in the final mix. And, as a listener, I regularly ask myself how many new and exciting indie records could have been made by reallocating that string-recording budget. 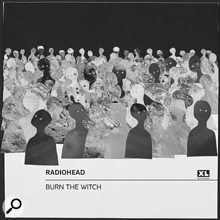 So I was delighted to discover this new Radiohead production, which restores my faith in rock strings by exploring a lesser-used performance technique called col legno battuto, where the instrument’s bow is tilted in the player’s hand to allow the wooden stick to bounce off the string. Although this has been used in a number of well-known classical works (eg. Berlioz’s Symphonie Fantastique, Holst’s The Planets, Shostakovich’s Leningrad Symphony) and many a horror-movie score, it’s still not really on many bands’ radars, so Radiohead have definitely harvested something that was ripe for the plucking — or ‘plinking’, if you like! What’s even better, though, is that the texture doesn’t just rely on the col legno battuto, but artfully blends it with staccato bowed notes, the balance shifting back and forth between the two deliveries in support of the musical structure. This is most readily appreciated in the song’s introduction — notice how the staccato notes, particularly in the upper strings, begin to dominate during the last bar of each four-bar section, creating a well-judged textural swell that’s almost a production hook in itself.

Then we get the fantastic contrast with the almost Bollywood-style languorousness of the breakdown at 1:30, where so many lesser arrangers would have broken out a fresh packet of block chords rather than working in the lugubrious melodic lines that allow the ensemble to demonstrate the beauty of its legato phrasing. There’s a terrific ending crescendo, too, with the col legno and staccato being joined by what sounds like dissonant sul ponticello (ie. notes bowed at a point on the string so close to the bridge that they break into a cluster of squeaking overtones). And what makes this all so enjoyable is that we never have to fight to hear it — while the strings never take over the track to the point of distracting from the vocal, they’re nonetheless loud and proud. It’s that precious rarity: a rock string arrangement that truly justifies the outlay! Mike Senior 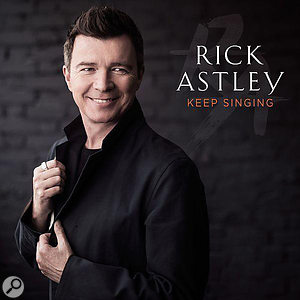 Well here’s a surprise! I can’t say I’ve ever warmed to Rick Astley’s back catalogue, but this single is something else, showcasing a voice that has matured into something of considerable expressive capacity and character. In that respect ‘Keep Singing’ reminds me of some other favourite ‘autumnal career’ offerings — Tom Jones’s ‘Sex Bomb’, for instance, or Solomon Burke’s ‘Don’t Give Up On Me’. Furthermore, it’s great that Astley (who apparently also had his hands on the production reins) clearly recognises the value of this asset, and has kept the production well out of the way of the vocal timbre, sketching in the retro gospel conceit with a range of backing instruments (upright piano, claps, electric guitar, choir) that remain in the background by virtue of their extremely smooth and restrained high-end.

On a musical level, it’s the phrase-structure of the chorus that most demands attention, because although that section is actually a bar shorter than the eight bars you might expect, the final “throwing my life, throwing my life away” (0:54-1:00) paradoxically smacks strongly of a phrase extension, not a truncation — a cool bit of songwriting sleight of hand. I reckon the reason this works so well is that same lyric has already appeared in a one-bar ‘unextended’ version at the close of the prechorus (0:36). Without that template having been planted in our minds, it would have been difficult to generate the same sense of delayed gratification (and its delicious concomitant musical tension) at the end of the chorus. Mike Senior

As a judge on X Factor a few years back, Gary Barlow cast aspersions on this song’s vocal tuning, but when T’Pau’s lead singer Carol Decker tweeted her displeasure (in no uncertain terms!), adding “I actually have perfect pitch”, Barlow subsequently apologised. For my part, though, I actually agree with his original sentiment. For instance, the single version’s lead vocal drifts significantly flat to my ears on several occasions during the first verse, something even the (deliberate?) heavy mixdown chorusing can’t conceal, and I struggle to believe I’m the only person who winces every time I hear “yourself” at 0:55! What’s intriguing, though, is that Decker’s perfect pitch might, in fact, have been partly responsible. Let me explain. 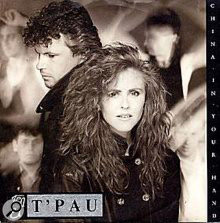 You see, for most people tuning is relative, so if you put together a backing track where everything’s, say, a quarter-tone flat (relative to A=440Hz concert pitch), then the singer will also have to sing a quarter-tone flat to sound subjectively in tune. What’s unusual about people with perfect pitch, however, is that they can hear the absolute pitch of a note, even when it’s played in isolation. While this is certainly an impressive gift, it’s actually something of a mixed blessing in practice, with many possessors of perfect pitch complaining of difficulties transposing lines or adapting to instruments which deviate substantially from their own internalised pitch reference — eg. church organs, harpsichords, pianos, and so forth, which it’s rarely practical to retune.

Returning to ‘China In Your Hand’, the single version’s backing parts are, by my reckoning, about 30-40 cents sharp of A=440Hz concert pitch, so it makes sense that Decker’s perfect pitch might have encouraged her to sing out of tune when she re-recorded her vocal parts for that version — and specifically to drift flat rather than sharp, as indeed seems to be the case.

But that’s not the only reason the term ‘perfect pitch’ is a bit of a misnomer (‘absolute pitch’ is arguably more accurate), because perfect pitch doesn’t guarantee accurate tuning even when the backing track suits the singer’s internal pitch reference. Just because a golfer can clearly see the flag, it doesn’t mean he’s certain of a hole in one from the tee — it depends on how he hits the ball. Likewise, infallible perception of pitch doesn’t inherently translate into infallible intonation during the physical act of singing. So, for example, if you check out the album version of ‘China In Your Hand’, Decker sings an F on the word “hand” both at 3:20 and at 3:23, but the latter sounds significantly lower in pitch.

It’s a fallacy, however, to suggest that great singers always sing in tune. They don’t. Tuning is just one of many factors that contribute to a compelling vocal performance — and one that’s frequently overrated, in my view. Decker is a great singer, whose interpretation of this song has forged a powerful emotional connection with generations of listeners. As I see it, the fact that she achieved this despite the aforementioned intonation discrepancies actually makes her overall performance more impressive, not less. Mike Senior