Dreamlake vocalist Howard Pike has sent in for review his band’s album Bodyswerve, a “for the fun of it” collaboration between himself and a keyboardist, a guitarist, a bassist and a programmer (there’s a “walk into a bar” joke in there somewhere, but I’ll refrain).

It’s a pretty decent attempt at MOR/pop-rock, with some good, catchy songwriting and solid, if workmanlike, musicianship. I’m also quite impressed by the drum programming — there’s no actual stick-work going on here, but you’d be hard pushed to tell. The drum fills, in particular, sound extremely organic. The acoustic guitar parts are another technical highlight, sounding, as they do, rather nicely recorded. 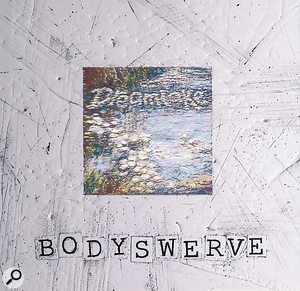 The album is let down a little by the mixing, however: there are a few level issues, with elements occasionally either poking out too much, or getting lost, and the hard-panned distorted guitars can at times be quite distracting, I think because very similar tones are used for the left and right parts.

The lead vocals deserve a mention here too. Singer Marcus has a powerful voice and can more than hold a tune, but again some iffy mixing takes the shine off. The whole album could be massively improved, I reckon, if the lead vocals were pushed more up front, and given a more authoritative, weighty tone. As they currently stand, they sound somewhat raspy, and have a tendency to be masked by the guitars in the more rocky tracks. The vocal reverb is also maybe not the best choice, and would probably be best replaced by something with a shorter tale and a longer pre-delay. Chris Korff

There are few swords more double-edged than a talent for pastiche. And Jimmy Brewer has such talent in spades. Sometimes it’s directed in a knowing way, as on the ‘Blueberry Hill’-quoting ‘Watching Records Going Round And Round’; elsewhere, there are songs that feel haunted by the ghost of Elliott Smith or John Grant. 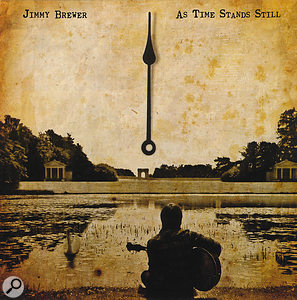 Happily, though, Brewer’s talents go far beyond mimicry, and for the most part, he has the self-restraint to prevent his influences from overshadowing his own ideas. Unlike many songwriters, he seems equally comfortable writing on guitar or at the piano, and there’s no denying his way with a tune. Throw in the very tasteful arrangements, good playing all round and some nice production from Owain Fleetwood Jenkins, and As Time Stands Still is several cuts above your average singer-songwriter fare. Sam Inglis

Back in the fourth century AD, music was becoming increasingly important to Christian worship, and Augustine of Hippo wasn’t sure this was a good idea. After all, music was a worldly pleasure, and if singing was too beautiful and compelling, it risked “inflaming the passions” rather than inspiring properly pious devotion.

However, Augustine decided against banning it altogether, and through the succeeding centuries, the church accrued a vast body of hymns and other sacred music. Which brings me to Phillip Sandifer’s album. The title Simple Hymns sums up its contents very succinctly: it’s a collection of hymns, chosen and arranged with simplicity in mind. For the most part, that means straightforward songs like the evergreen ‘Be Thou My Vision’, underpinned by strummed acoustic guitar and decorated with hand percussion, mandolin and fiddle. 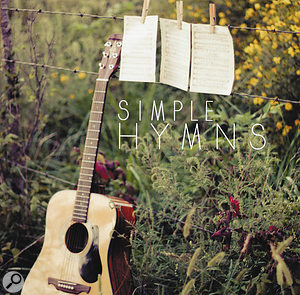 There’s nothing wrong with this as a concept, and I can imagine that in the hands of a top-flight bluegrass band, for instance, it could be really special. In this case, however, the overriding musical virtue on display is not so much ecstatic inspiration as basic competence, and the recording is likewise workmanlike rather than spectacular. As a result, it all feels a bit plodding and samey. It’s perfectly inoffensive, but at no point did I feel my passions inflaming, or experience an overload of sensual pleasure. I dare say Augustine would have approved. Sam Inglis