The process for royalty collection is laborious, complex, and at times hostile to the artist. We need a royalty revolution!

After 28 years making a living by writing, producing and releasing music, getting paid what I’m due gets harder every day. Streaming services have changed the landscape a bit, but they’re not the main culprits. (Sure, they might fail to pay a reasonable share to the artist/label, they list unreasonable terms, and we have to take on trust the number of streams they declare, but we can choose not to use them.) No. The chief problem is that the process for royalty collection is laborious, complex and at times hostile to the artist. Unfortunately, this is how the ‘industry’ likes it: why would they want to spend the £70 million they take in administration costs chasing the hard-earned royalties of small independent artists when they’re under almost no obligation to do so? 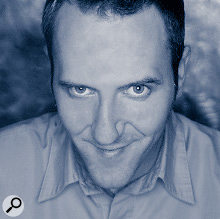 Take this recent experience, which should have been oh-so simple. My co-writer and I owned a song and its recording that, with a new vocal and some mix touches, found its way onto an American release which sold around 800,000 units; I was chuffed. Puzzlingly, though, no royalties were forthcoming. It transpired that a lot of the record sale receipts had been eaten up by unexpected ‘recoupable costs’, including £80,000 per month to maintain a web site that remained dormant. If that wasn’t bad enough, the balance of royalties wasn’t paid by the American label to the UK collection society — because there’s no mechanism to ensure missing royalties are chased up — and the band with the most-played radio record in the US were left completely broke. You might be forgiven for thinking the label were committing fraud. (I couldn’t possibly comment.) But the most frustrating thing is that the collection society were under no obligation to lift a finger to help me. I was left in an unpaid stalemate.

To make matters worse, I was collecting my co-writer’s share on behalf of his widow and the collection society sent her a form to collect his royalties posthumously; the form was titled ‘Post — Hummus’. My late co-writer’s preferences relating to chick-pea-based dips are not my affair, but if the society’s paperwork never sees a spellcheck or a proof-reader, how diligent do you think they are in chasing your money? When, eventually, my live-performance payments were calculated, I decided to answer that question. It turned out that the figures were based on information gleaned during a brief telephone conversation with the band’s lead singer. No need to register your songs, then — just make sure bands keep a tally of how many times they play them! Staggered by the unprofessionalism and ineptitude, I was left with no option but to accept the royalties and shake my head in disbelief.

More recently, at a collection-society event, I witnessed a young musician posing the excellently-dressed panel a good, clear question. Where, he asked, could he find the software system to assist artists with the registration, upload and collections process, where an artist can input their song name, lyrics, co-writer details, ISRC, UPC, WAV and MP3 attachments and so on, and submit the lot directly to the collection society and any other places with a single mouse click? Such a system would, of course, save artists and businesses countless hours and money — that a universal system like this doesn’t exist in 2016 beggars belief. (YouTube have recently promised something along these lines, which is a step in the right direction, but it’s only for YouTube!). The ‘expert’ panel passed the question amongst themselves ineffectually before suggesting that our young friend keep a spreadsheet of all his practices and live jams! Like the worst politicians, they dodged a simple but uncomfortable question and answered a different one entirely.

This all needs to change. The process can be simplified and made accessible to artists like you and me, but collection societies are never going to develop the software to make this happen. We writers and performers need to stand together and make these money-hungry companies accountable for what they are doing with our hard-earned cash. Who’s with me?

Pete Brazier has over 25 years’ experience in the music industry as an artist, writer and producer, working for many large labels including Warner Chappell, Zomba, Parlophone, Arista and a short stint signed to Simon Cowell. He has run the Vertical Rooms label and studio for 15 years and also lectures on the music industry and music production.