Featuring 91 musicians playing in an iconic space described as ‘the world’s largest purpose‑built recording studio’, Spitfire’s ambitious Abbey Road One: Orchestral Foundations has ‘big’ written all over it. As promised at the time of release, the makers are now following up with a series of smaller, inexpensive mini‑libraries derived from the main collection. In these days of missed deadlines and delayed product launches, it’s good to see a plan come together. 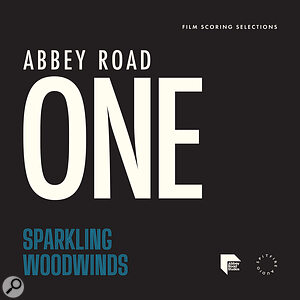 Legendary or otherwise, these low strings positively scream ‘epic’ — wallowing in the studio’s imposing acoustic, their big, dark, grave‑sounding low‑end octaves are ideally suited to thunderous bass lines and they sound immense playing grandiose legato melodies. They can also be used for heart‑wrenching chordal movements, though dense voicings should be avoided. On a more aggressive front, when I played a loud ostinato rhythm pattern with the short spiccato artic, it sounded like someone vigorously sawing a large wardrobe in half (I mean that as a compliment). Not ‘perfect for pads’ as claimed, but a terrific resource for monumental themes and menacing Jaws‑style bass motifs.

Moving on to Sparkling Woodwinds, the idea of layering a glockenspiel with a woodwind section is a master stroke, adding a pretty twinkle which lives up to the product’s name. Unlike the low strings, the woodwinds’ octave voicing is far from obvious — a piccolo can be faintly heard playing an octave up, but the overriding impression is of a unison section which works very well for chords and delivers great legato lead lines (though you might want to turn off the glock for those). Increasing the ‘tightness’ control trims the sample fronts and adds incision to short staccato patterns; the main tonal flavour comes from the two oboes, with flutes making a subtle appearance in the upper register.

Excellent stuff. Despite containing only a handful of articulations, this pair of small, colourfully titled libraries offer highly usable, top‑quality orchestral samples recorded in a hallowed recording space, and it’s nice to think of users from New Malden to New Mexico being able to grab small chunks of Spitfire’s Abbey Road One mega‑opus (reviewed in SOS in December 2020) at low cost. We look forward to Romantic Violins and (who knows?) Blistering Brass, Sensuous Sackbuts, Mythical Marimbas, Trailblazing Triangles and all the other Abbey Road goodies Spitfire have up their sleeve.