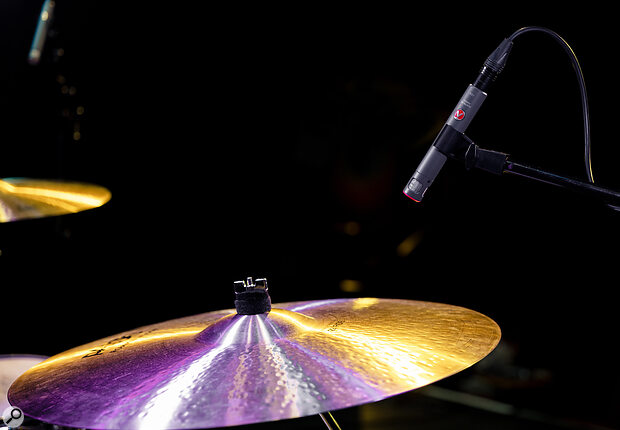 Austrian Audio are a young company with a 70‑year heritage. When AKG’s long‑established Vienna headquarters closed, the core design team regrouped and founded a new business. Their aim was to take a fresh look at classic AKG designs, not with the aim of recreating them, but as inspiration for original models. Through the application of an engineering‑led approach, the new company hoped to update these designs to modern standards of consistency, noise performance and so on.

This process began with AKG’s ‘brass ring’ CK12. Introduced back in the ’50s and used in legendary mics such as the C12 and ELA M 251, this large‑diaphragm capsule is renowned for its sound, yet also notorious for its inconsistency, difficulty of manufacture and tendency to lose tension with age. Austrian Audio successfully tamed these production challenges without compromising the essential qualities of the design. The result was the CKR12, which was paired with modern transformerless electronics and a distinctive new headbasket design to create the excellent OC818 and OC18 microphones.

For their second trick, Austrian Audio have turned their attention to the world of small‑diaphragm mics, and once again, they’ve taken a ‘classic’ AKG model as their starting point. I’ve used inverted commas in that sentence for a reason, though. The classic status of the CK12 capsule and the mics that used it is indisputable, but I’m not sure you could quite say the same about the inspiration for Austrian Audio’s new pencil mic.

As befitted one of the largest mic manufacturers in the world, AKG didn’t just make large‑diaphragm capacitor models. They also produced numerous moving‑coil dynamics and an extensive modular range of small‑diaphragm mics (see box). The early models were valve‑based, but it was the CMS series of solid‑state mics based around the C451 and 452 bodies, launched in 1969, that would prove an enduring success. The vast majority of CMS bodies were paired with the CK1 cardioid capsule, and the resulting ‘C451 Comb’ became ubiquitous in European broadcast and studio environments.

Just as the C414 has long been locked in a deadly rivalry with Neumann’s U87, however, so the C451 faced off against the Neumann KM84. The Neumann was always the more expensive mic, and in the years since both models were discontinued, the price differential has grown and grown. Today, you could easily pick up half a dozen C451/CK1 combis for the price of a single KM84 — and that’s not entirely down to the whims of fashion. Although the published frequency response for both mics is almost identical, they sound noticeably different. The KM84 has the characteristic Neumann richness and forward quality in the midrange, whereas the C451 is thinner, with a tendency to be edgy at the top end. There are well‑known engineers, including Alan Parsons, who say they’ll happily use KM84s for any and all instruments, but I’ve never heard anyone say the same about the C451.

The 451’s mixed reputation probably isn’t helped by the hard lives that many examples have led, but there’s more than a grain of truth in it. Mine get used mainly for spoken‑word recording, and although I’ll occasionally put one up as a snare close mic, it’s rarely my first choice in music recording roles. I also feel that the older CK28 cardioid capsule offers a more likeable and musical sound than the all‑conquering CK1. Nevertheless, it’s this stalwart of the ’70s and ’80s that Austrian Audio have taken as the jumping‑off point for the design of their latest studio mic. 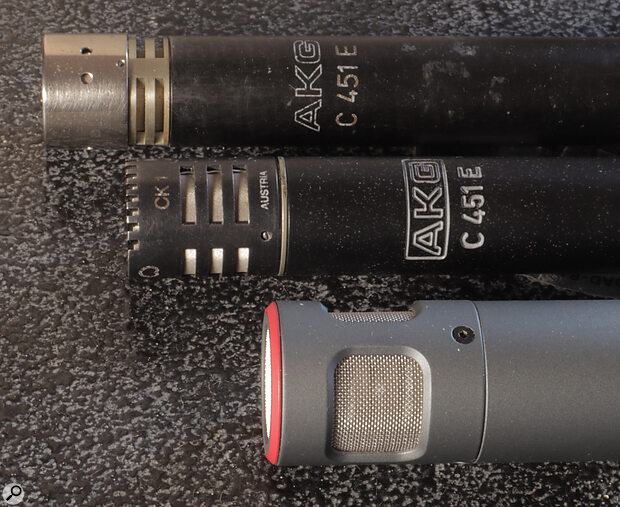 Their fresh take on the CK1 capsule design is dubbed the OCC7. If the published photos are anything to go by, its geometry and structure are similar to those of the CK1, but once again, Austrian Audio have taken advantage of the potential for improvement offered by modern materials and manufacturing techniques. The diaphragm is made from polyethylene napthalate (PEN) rather than the more conventional Mylar. Since the newer material is, apparently, more durable and more resistant to heat and tension loss, it has allowed Austrian Audio to make the diaphragm thinner than usual, at 3µm rather than the more typical 6µm.

AKG’s CMS range was a modular system: capsules could be unscrewed from bodies and swapped around, and accessories such as extenders, attenuators and knuckle joints could be introduced between capsule and body. This has obvious advantages but is also responsible for some of the C451’s negatives, as the mics used a very fine‑pitch thread which is easily cross‑threaded or damaged by over‑zealous unscrewing. It also meant that the capsule was exposed and thus vulnerable to impact damage.

Austrian Audio have, therefore, chosen to make the CC8 a fixed‑cardioid microphone. Internally, the capsule is still screwed into the body, but it’s protected from would‑be unscrewers and impacters by a robust external housing. This makes the body of the CC8 quite a bit thicker than that of the C451; it’s more of a crayon mic than a pencil mic. It’s only available in one finish, a matte grey that should help it to remain fairly unobtrusive.

The original C451 and 452 bodies were transformer‑balanced, and some included a three‑position high‑pass filter, but none had...