As I mentioned in the main review, the entire analogue circuitry has come from the Midas boffins, from the XLRs to the A-D and D-A converters, which are Crystal CS5368 and CS4385 devices, respectively. Exactly the same design is employed in the S16 stage boxes, too. The DSP technology employs Analog Devices Sharc AD21371 processors running 40-bit floating point maths, along with FPGA-based (Field Programmable Gate Array) ultra-low latency digital routing, again developed with the help of the Midas and K-T teams.

The published specifications claim a dynamic range of 104dB, but my own Audio Precision measurements came up with an AES17 dynamic-range figure of 106dB (from an XLR input to the AES3 output, with a +21dBu input and 0dB preamp gain), reducing to 102dB on a complete analogue round path. Not state-of-the-art (a Prism Sound Orpheus manages 115dB, for example), but still more than good enough for a live-sound console. Crosstalk between channels was better than 106dB at 10kHz and 123dB at 1kHz.

The mic preamps clip at +23dBu, but with 0dB of gain dialled in an input of +21dBu registers as 0dBFS internally. The TRS aux input accepts a maximum of +15dBu. The minimum mic input level necessary to achieve -20dBFS is -60dBu. The Equivalent Input Noise with a 150Ω source measured -123dBu, with a benign noise floor. The maximum output level is +21dBu, and residual noise measured -84dBu (-86dBu A-wtd).

The THD+N figures are impressive, achieving 0.006 percent (A-weighted) with a 0dBu output and 20dB of gain dialled in. At 60dB of gain that figure rises to 0.06 percent, which is still very good. 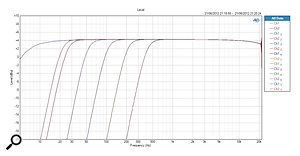 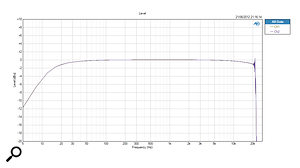 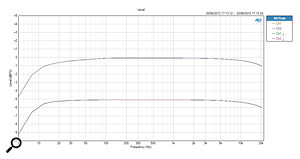 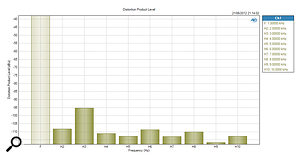 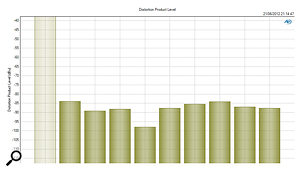