With the DAW wars heating up, how are the major players tempting new users to buy into their wares?

It’s an exciting time for DAW software. In many ways, we’ve never had it so good — there are more packages to choose from than ever, and they pretty much all come with enough plug–ins and software instruments to get you started straight away. But with so many to choose from, how do you know which one is right for you? The good news is that, nowadays, it’s almost impossible to pick the wrong one: they are all capable of doing serious multitrack recording work, as well as programming complex MIDI and soft-synth sequences, manipulating audio loops, and mixing and mastering, including those not covered here, such as Digital Performer, FL Studio and more. However, for various (usually historical) reasons, some DAWs do lend themselves better to particular tasks. 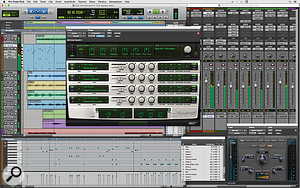 Avid Pro Tools.Take Avid’s Pro Tools, for example, which is as close to an ‘industry standard’ as the DAW market has. It was originally an audio–only system, designed for recording, editing and mixing, rather than programming soft synths and such. For this reason its editing and mixing facilities are extremely mature — the best, according to many — but its MIDI and composition tools have often been perceived to be a little behind the times. That’s no longer the case — Pro Tools has been a formidable MIDI sequencer for many iterations — but audio is undoubtedly its ‘first language’, so to speak, which makes it an excellent choice for people who do a lot of multitrack recording and mixing. 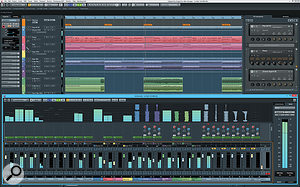 Steinberg Cubase.Mirroring the evolution of Pro Tools is Steinberg’s Cubase, which started life as a MIDI–only sequencer for the Atari, but has added comprehensive audio recording, editing and mixing features over the years. Cubase and Pro Tools have ‘met in the middle’ in this respect, especially since Cubase now has a very mature editing system and advanced mixing features, like VCA faders, to rival those of any DAW.

The MIDI and composition heritage is still evident, however, in Steinberg’s ongoing development of virtual–instrument control technology, such as the VST 3 plug–in standard and the new Chord Pad and Chord Assistant songwriting aids. 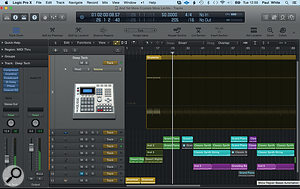 Apple Logic.Like Cubase, Apple’s Logic started life as a MIDI sequencer and acquired its audio chops over time, and can now be said to compete with the best of them in terms of recording, editing and mixing. It is, sadly, a Mac–only programme, which unfortunately gives Apple fans another thing to be smug about, but they are smug with some justification: Logic is arguably the best–appointed DAW in terms of the instruments and sounds that are bundled with it — especially for its relatively low price. You get the excellent EXS24 sampler, an outstanding virtual drum instrument called Drummer, Drum Machine Designer, a host of subtractive synths, electric and acoustic piano instruments... The list goes on. Its audio editing ain’t bad either, with all the group–editing tools and so on that you could need, as well as the highly regarded Flex Time, which is to Logic as Elastic Audio is to Pro Tools and Audio Warp is to Cubase. 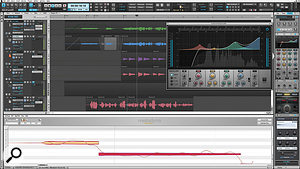 Cakewalk Sonar.If you’re of the PC persuasion and haven’t yet put this magazine down so you can run to your nearest café and stamp on the almond croissant of the first self–satisfied MacBook owner you see, don’t: Microsofties have reasons to be cheerful too, one of which is Cakewalk’s Sonar. The ‘fullest’ version of it (Sonar Platinum) has an instrument and plug–in bundle to rival Logic’s, including the Addictive Drums 2 Producer Bundle, ProChannel, a new vocal–aligning plug–in called VocalSync, and a plethora of highly regarded software synths, including Z3TA+ Classic, Dimension Pro and Rapture. AudioSnap is Sonar’s take on time–stretching and audio–quantising technology, and one new feature that’s just been added is Mix Recall, which lets you save ‘versions’ of mixes within the same project, for easy ‘vocal up’ and ‘vocal down’ bounces, for example. 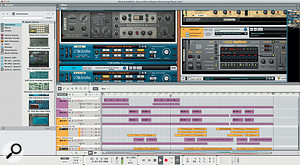 Propellerhead Reason.If synthesizers and electronic music are your proverbial bag, then you could do worse than opt for Propellerhead’s Reason, which was originally conceived as a kind of virtual synth rack and sequencer. Its roots are still very much evident — there’s still a ‘synth rack’, which you can flip around to access its virtual cables and patch panels, and a large collection of synths and samplers is included in the package — but the newest version is most definitely a fully fledged DAW, complete with an excellent SSL–inspired mixer. Like its inspiration, Reason’s console includes EQ, gating and compression on every channel, as well as on the master bus, and there’s provision for extensive use of ‘multing’, ie. duplicating mixer channels and then treating them differently, for elaborate parallel–processing techniques. 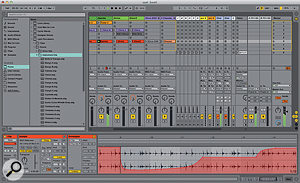 Ableton Live.Another decidedly electronica–oriented take on the DAW is Ableton Live. Here, the focus is on fast and creative manipulation of audio loops, via probably the most extensive implementation of time–stretching and pitch–shifting tools of any DAW. As its name suggests, it’s intended to perform its audio trickery in real–time, which makes it a curious blend of DAW and DJ software — indeed, many DJs use it in preference to the usual stalwarts of Pioneer CDJs, Technics decks or Traktor. That’s not to say, however, that it can’t perform ‘traditional’ DAW functions, but if you’re primarily planning on doing multitrack recording and mixing, then the aforementioneds are probably a better bet.

New Kids On The Block

All those mentioned so far are established players in the DAW game, but there are some interesting new options available if you’re into that sort of thing. 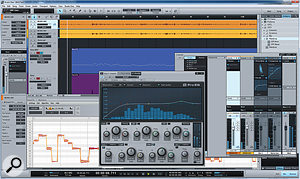 PreSonus Studio One.PreSonus, purveyors of outboard, interfaces and (latterly) digital consoles, entered the fray a few years ago with Studio One, a DAW that was developed with the help of some former Steinberg engineers. As you might expect, it takes a very ‘traditional’ view of how DAWs should work, but with the benefit of not having any legacy coding to slow its development, and also being able to include ‘modern’ features right from the beginning, without having to shoehorn them into an interface that many people are already familiar with, and who might object to any radical change.

One striking example of this is that Celemony’s Melodyne pitch–correction tool is deeply integrated into the DAW, so that its parameters can be accessed from directly within the sequencer’s arrange page. Other nice touches include a well–implemented comping system, multitrack audio quantising, mastering facilities, and even DDP exporting. 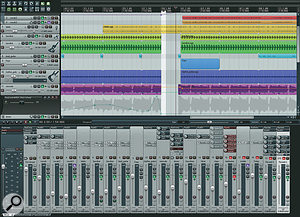 Cockos Reaper.Another relative newcomer is Cockos’ Reaper. What makes this one interesting, apart from its commendably low price, is the fact that its developers are remarkably responsive to user requests for features — it’s almost like a crowdsourced DAW in that respect. The Cockos forum welcomes suggestions for new features, and Reaper gets frequent ‘point X’ updates that add new functionality much more frequently than can be said of most competitors’ major new versions. Reaper comes with a host of very capable mixing plug–ins, though it is a little light on the synth and sample front (there are plenty of freebies available on the ‘net to fill that gap, though). It is also one of the more portable DAWs, as a result of its small, thumb-drive-friendly installer.