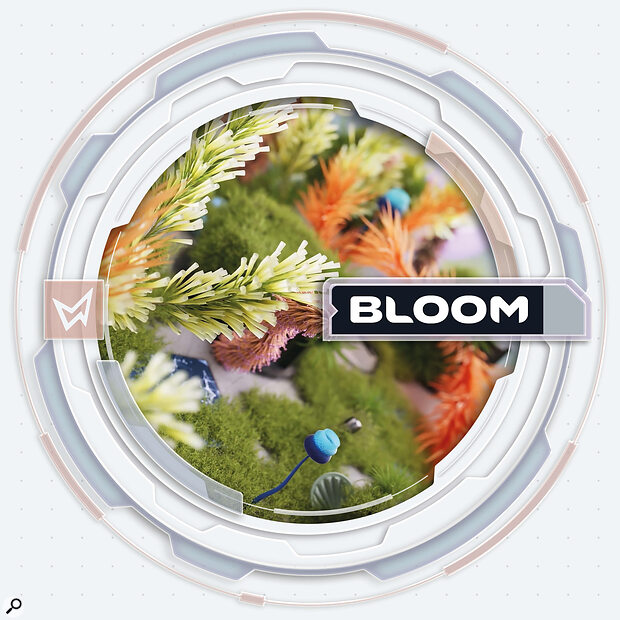 If you’re running short of inspiration or have a TV soundtrack to complete, you could do a lot worse than check out Minimal Audio’s Bloom, a large library of WAV‑format, 24‑bit/48kHz samples that are arranged in six main categories and labelled by musical key or chord type. With a size of 2.65GB, the library comprises over 1000 separate audio files that can either be used as they are, inserted on a DAW audio track, or loaded into the sampler of your choice. The sounds themselves were created using a combination of natural sounds, modular synths and classic vintage gear, such as a Serge system and a Roland Jupiter‑8. It also sounds as though there’s been a fair bit of creative processing.

The Drums section has sub‑folders for one‑shots and for loops, the latter including both full drum patterns and individual kick, snare and hat patterns. These cover a useful tempo range, each labelled with the original tempo, and you can usually time‑stretch or compress them in your DAW as needed. The included tempos seem to favour 86, 120 and 140 bpm. In all there are 209 drum one‑shots and loops, typically comprising heavily treated electronic drum sounds.

Move on to Melodies and you’ll find more loops, one‑shots and pads. Most are musically fairly simple and play a supportive role just waiting for you to add your own magic. Similarly, the Atmospheres & Loops section provides some lovely atmospheric backgrounds, but there’s also a folder of sounds that take a darker turn, so if you’re working on a scary soundtrack, you’ll not be disappointed. Some of the atmospheric loops could probably be used just as they are as TV soundtrack cues or beds, but they are equally useful as song parts, whether for EDM or ambient. The granular pads are typically long and evolving, ranging from dreamy and gentle to heavy and disturbing.

Finally we come to the SFX section, where you’ll find sci‑fi one‑shots, treated percussion hits and some deep and menacing bass one‑shots that might serve you well if scoring a new Terminator movie. And what sound designer could resist turning those one‑shots into rhythm loops? So that’s exactly what they’ve done in the SFX Loops folder. I would have preferred more sub‑folders to gather together items in matching musical keys, so I spent half an hour doing that myself, but overall the file organisation and labelling is perfectly fine.

...there’s also a wealth of musically inspiring material here that you can just dip into whenever you need the spark of an idea.

It might seem that this library is best suited to soundtrack composition, and it would certainly slot well into that discipline, but there’s also a wealth of musically inspiring material here that you can just dip into whenever you need the spark of an idea. I hadn’t even finished writing this when three of the samples found their way into a piece I’d been working on.