Digital mixing offers a huge range of benefits over analogue, and with more models available than ever before, there's never been a better time to try it. Here's our round-up of some of the most popular models available today. 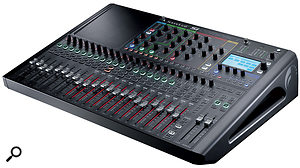 When we reviewed it, we found the Si Compact extremely easy and intuitive to use. Among its many features are the colour-changing backlights on the fader tracks, which make it easy to see at a glance whether you're controlling channels, mix groups or aux buses. 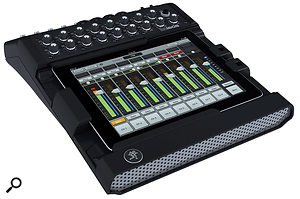 The new DL1608 is unusual in that, apart from the channel gains, it doesn't have any physical controls: all of its parameters are accessed via an Apple iPad, which docks in the middle of the desk. Not only does this make it very compact, we also expect it'll be extremely easy to use. Keep an eye out for an SOS review in the coming months. 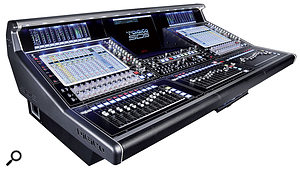 The SD5 is a brand-new model from digital veterans Digico. Few will have the budget for it, but for international tours or in enormous venues, its whopping 124 input channels and 56 mix buses might just be a necessity. It has five large TFT displays, of which three are touchscreens. 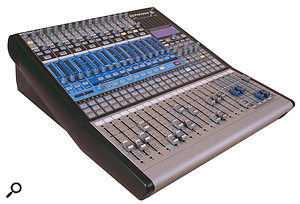 In the Studiolive mixer, Presonus have aimed to create a digital desk that has a familiar, analogue-like feel. Its LED displays and 'Fat Channel' processing section make it intuitive to use, presenting a shallow learning curve for newcomers to digital desks. It also incorporates a 32-in/18-out Firewire audio interface. 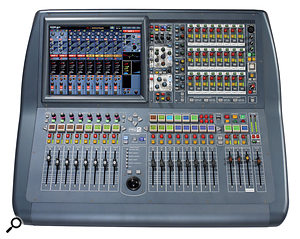 This is the smallest console Midas make, but it has exactly the same features as the larger Pro 2. It has a generous complement of built-in I/O, but can be hugely expanded via Midas' networked I/O boxes. It also features high-quality effects algorithms, including a recreation of the classic Klark Teknik DN780 reverb. 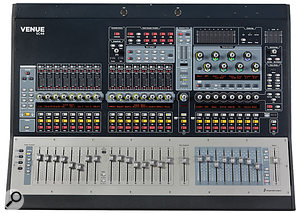 The Venue systems are extremely well established in the major touring and installation markets, thanks to their tight integration with Pro Tools HD and HDX systems. Unlike other Venue systems, the SC48 is self-contained, and doesn't require extra racks to make up its I/O count. 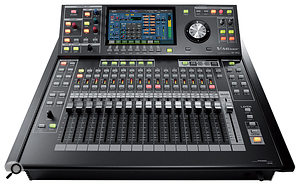 Although it's only rack width, the M300 can nonetheless mix up to 32 inputs, and has eight aux sends plus four matrix outputs. Like the A&H GLD, it requires a digital stage-box to realise its I/O potential, although it does have 12 local inputs and eight outputs for unexpanded use. 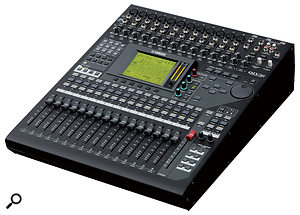 Based on the established 01V96, the new 'i' version has the same layout, effects and channel count (40 inputs, including 12 mic preamps, controlled via 16 motorised faders), but adds a 16-channel USB audio interface. This means you can record channel or group outputs to a computer, or stream multitracks from a computer to perform 'virtual soundchecks'.

This newcomer has unsettled the digital-mixer market somewhat, by offering a host of professional features (such as digital-snake compatibility and 32-channel computer recording and playback) at a remarkably low price. It also incorporates technology from premium live-sound companies Midas and Klark Teknik. 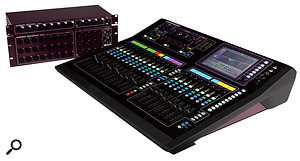 Derived from the popular iLive system, the GLD80 is a relatively compact mixer that is scalable to the user's requirements. The desk itself can mix up to 44 mic inputs, with the physical I/O count depending on the number of AudioRack interfaces connected to it (the 24-in/12-out AR2412 and 8-in/4-out AR84 are pictured, and the price shown includes one of each). Its physical controls are supplemented by a colour touchscreen.

Going digital is a huge step, especially for engineers who feel more at home with analogue consoles, but the advantages are numerous, and might just be enough to make you take the leap... 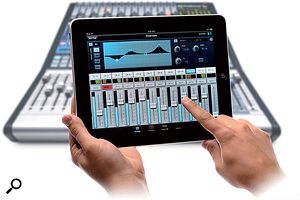 Increasingly, manufacturers are developing iPad apps that allow their digital consoles to be controlled remotely.

Digital consoles have been around for many years, but it's fair to say that initial adoption of the technology was rather slow. Reliability, for example, was always a big issue. What do you do if you're in the middle of a show, and your mixer freezes up? The prospect of such a failure has put many engineers off the idea of digital desks, but, thankfully, now that the technology has matured, such occurrences are very rare.

Another big sticking point has traditionally been ease of use. Trying to track down a feedback problem during a gig is challenging enough, but trying to do so while simultaneously navigating a menu can be positively frightening. Again, however, manufacturers have taken such concerns on board when designing the newer generations of mixer, and you'll find that almost all current models aim to offer extremely intuitive operation.

But while a lot of talk about making 'the switch' centres around the risks of digital mixing, the considerable benefits are often overlooked. Seasoned live-sound engineers probably take it for granted that they'll have to lug a large and heavy multicore cable between the stage and the mixing position, but with a digital desk and compatible digital stage-box, they may only need to stroll across the venue with a single, standard network cable — even if they're dealing with scores of channels and a dozen foldback mixes!

Similarly, those racks of outboard gear — reverbs, delays, graphic EQs, compressors, and so on — could be completely redundant if you pick the right digital mixer. Most models (especially those designed primarily for live sound) can perform all those processes internally, so you can set up vocal and instrument delays and reverbs, notch out feedback on the main and monitor speakers, and apply compressors and limiters to channels and buses, all within the desk itself.

If you've ever had to mix at an event where there are several different bands playing, you'll know how time-consuming it can be to soundcheck each act, write down the mixer's settings, and have to reset the desk during a change-over before the next band starts. With digital desks, such faffing is a thing of the past. Once you've arrived at a mix you're happy with, you can simply store it in the desk, and instantly recall it when needed. On many consoles, you can even save shows to a USB drive, so if you're a touring engineer, you can carry all the settings you need in your pocket from venue to venue (provided the venues are using the same model of desk, of course).

Many digital consoles incorporate a multi-channel audio interface, which means you can easily take multitrack recordings of gigs for mixing later. Such desks normally also allow for multi-channel playback, which raises the possibility of performing 'virtual soundchecks'. If you've got a recording of a band's previous gig on your laptop, you can very easily play that recording back at a new venue, tailoring your mix to the new acoustic environment — all before the band has even turned up!

One relatively recent development in live-sound mixing technology is the ability to control some or all of a mixer's parameters from a mobile device, such as Apple's iPad. The implications for this are tremendous: being able to adjust parameters with an iPad means you can tweak the mix while walking around the venue. You could also adjust graphic EQs for front fills and monitors without having to constantly run between the mixer and the speakers.

Perhaps most usefully, however, it means you can adjust monitor mixes while standing on stage, or even give the performers an iPad each and let them adjust it themselves. You might never have to hear a musician ask for "more me in the monitors” ever again!