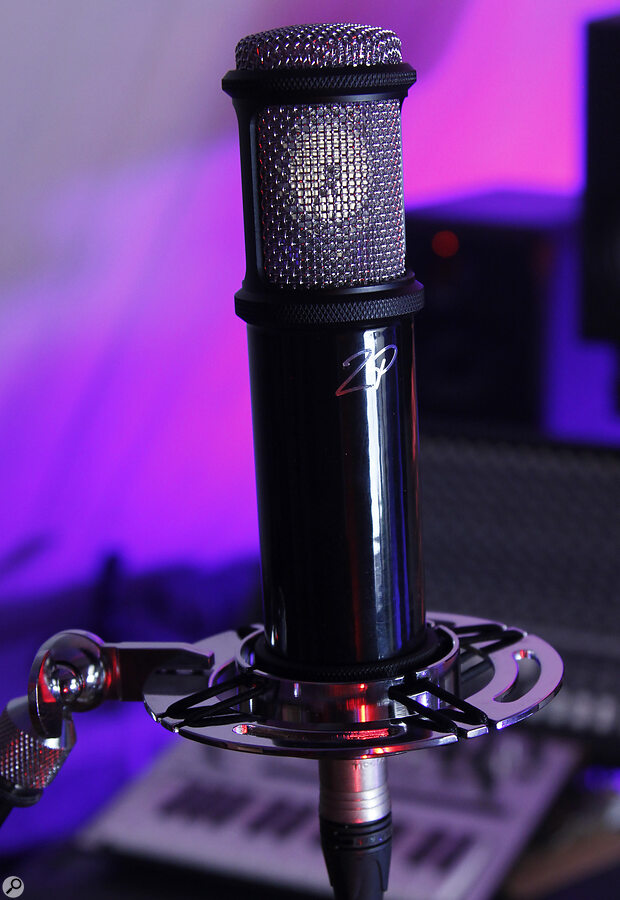 Can a solid‑state microphone really give you the sound of Sony’s classic valve C800G?

ZP Custom Microphones are an established vintage microphone repairer based in Belgium, and who are now a boutique manufacturer, too. Currently the company offer a single limited‑edition product, the ZP800G, and the microphone’s name provides a strong hint of its intention. This is a high‑quality vocal microphone designed to have a similar sound character to the much revered, but scarily expensive and exclusive, Sony C800G microphone.

Surprisingly, given its aims, most aspects of this new Belgian microphone are substantially different from Sony’s classic. For example, the Japanese original uses a triode‑connected 6AU6 pentode valve for its impedance converter, kept cool by a uniquely idiosyncratic cooling system extending to the rear of the mic body. In contrast, the ZP microphone features a completely conventional cylindrical body with solid‑state FET‑based circuitry.

One thing both mics do have in common, though, is the use of a customised 34mm, centre‑terminated, Neumann K67‑style dual‑diaphragm capsule made in China. However, whereas the Sony flagship microphone offers selectable omni and cardioid polar patterns, the ZP mic has a fixed cardioid‑only pattern.

The most significant difference of all between these two mics is that while the Sony C800G costs more than £10,500 in the UK, ZP Custom Microphones’ ZP800G microphone is available for less than a fifth of that!

Given such radical technical differences between these two mics it might seem surprising that company CEO and designer Gregory de Mee claims the “sonic footprint and audio quality… are identical”. While that was the primary goal, he also wanted the mic to be better suited to modern recording practices, meaning smaller, easier to rig, and more convenient to use — which was why he eschewed the delicate and slow‑to‑warm‑up valve and its associated heavy external power supply, and adopted robust and instantly functioning phantom‑powered FET circuitry.

The decision to provide only a cardioid polar pattern, when most vocal recordings with the C800G are probably made with the omni setting, might seem more perplexing, but de Mee’s reasoning is that project studio acoustics aren’t as good as those of professional studios and that a cardioid polar pickup is more forgiving in that context, as it excludes more ambient sound. Another way to reduce the ambient acoustic’s contribution is to place the mic closer to the source, and so de Mee has optimised the capsule and circuitry for a relatively close working distance of 100mm (four inches). That’s probably around half the distance that most vocalists in a professional studio would typically use the C800G. Obviously, working a cardioid pattern mic this closely invokes the proximity effect, but the ‘ZPK8A’ capsule is built to ZP Microphones’ own specs and the elements assembled and fine‑tuned in the company’s Belgian workshop to achieve the required tonal balance at that close distance.

One benefit of using a dual‑diaphragm capsule in cardioid mode is that it is inherently less noisy than it would be in its omni mode — the reason being that only one side of the capsule contributes electrically to the microphone’s output. Combining that aspect with high‑quality solid‑state electronics allows the ZP800G to claim a self‑noise figure of 12dB SPL (A‑weighted), whereas Sony specify the C800G in cardioid mode at 18dBSPL (and nearly 21dB SPL in omni mode).

The decision to provide only a cardioid polar pattern might seem more perplexing, but [designer] de Mee’s reasoning is that project studio acoustics aren’t as good as those of professional studios and that a cardioid polar pickup is more forgiving in that context, as it excludes more ambient sound.

The ZP800G ships with a hard‑shell zippered case with internal padding. A net pocket in the lid behind a protective flap stores a hard plastic stand adapter and an ‘info card’ which is actually a flip‑out 4GB USB thumb drive. Sadly, though, none of my PCs were able to access it so I’ve no idea what information might have been supplied...