Q. Can I use acoustic screens to prevent drum spill? Skip to main content

Q. Can I use acoustic screens to prevent drum spill? 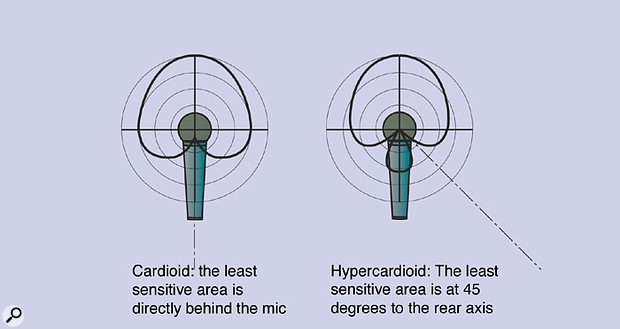 I'm wanting to record a band all at the same time and in the same room, and my main problem is that the drummer is much too loud. I'll be recording them in a rehearsal room and I'm worried about the other performers' mics picking up excessive spill from the kit. Would it be possible or advisable to try and isolate the kit using some screens? I've seen live performances on TV where the drummer is boxed off with clear perspex screens. Would there be a suitable DIY alternative?

Technical Editor Hugh Robjohns replies: It's virtually impossible to use free-standing screens to generate useful or effective sound isolation, but they can be helpful in reducing spill. They are most effective at high-mid and high frequencies — the laws of physics, the wavelengths of the sounds involved and the physical size of the individual screens determine which frequencies a screen will stop (or, at least, reduce) and which it won't.

Don't expect screens to be able to help much in controlling low-frequency spill — the long wavelengths of low-frequency sounds mean that the spill will get everywhere no matter what! But you can screen off some of the mid- and high-frequency sounds, such as cymbal splashes and snare noise.

In my experience, rather than trying to box in the drum kit in an effort to stop its sound from escaping, screens work much more effectively if you place them around the microphones that are picking up the most spill, to try to keep the unwanted sound from reaching them. In terms of reducing the amount of drum spill recorded, stopping it leaving and preventing it from arriving come to pretty much the same thing, but the latter is far easier and more effective!

You can also reduce the amount of spill by paying careful attention to where you position the musicians relative to each other in the studio, the polar response patterns of their microphones, and where you point those mics. Cardioid and hypercardioid pickup patterns (see diagram above), which reject sound coming from the rear and, to a lesser extent, from the sides, are the order of the day. Don't forget that, in addition to the direct sound from the kit, the other mics may also be picking up reflected sound from the surrounding walls. In such cases, an additional screen behind or to the sides of the performer and microphone can help to cut out those unwanted reflections.

Boxing in the drum kit with hard reflective surfaces (like perspex panels) often causes more problems than it solves. It is a necessary evil on sound stages sometimes, but as I say, I find you can get better results if you concentrate on trying to stop unwanted sound getting into specific mics from specific directions, rather than trying to stop the unwanted sound from leaving the source. That's more of a job for King Canute!

At the end of the day, you will probably have to live with a degree of spill, but this is not the end of the world, especially if you're aiming for a 'live' sound. In fact, in most cases a modest amount of spill only becomes a major problem if you want to overdub something like a completely different guitar solo, when you can still hear the original in the spill on other tracks! Barring any problems with phase cancellation (where spill from a more distant mic interferes with the close-miked signal — switching in phase reverse on the mixer channels for the distant mics should help solve the problem), spill can even help to knit the mix together in a subtle way.

As you are recording in a rehearsal room, in conditions which, I assume, will not be ideal, you will have to compromise — if you can get a dry enough drum sound, and can isolate each instrument enough to have control over the balance of the mix, consider your job done.

From DX to MODX with Manny Fernandez | Podcast
1 week 4 days ago.