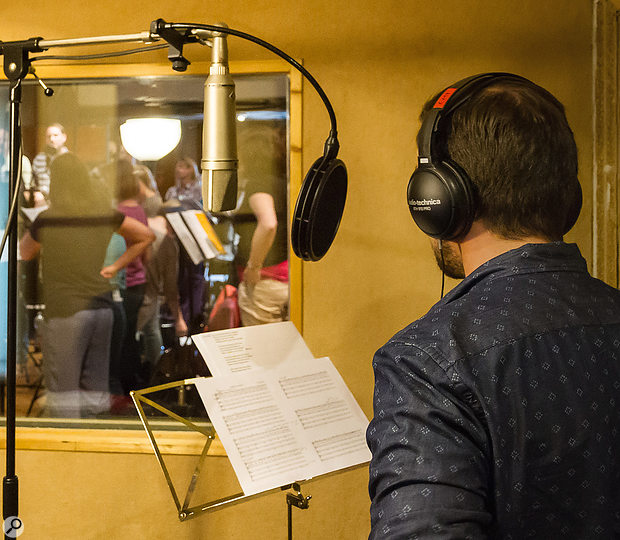 It's not only sloths that thrive upside down...

I've seen some pictures where the mic is hanging upside down. Is there a good reason for this? Or is it better to put it the 'right' way up — or does it not matter?

SOS Reviews Editor Matt Houghton replies: The short answer is no, it doesn't generally matter. If it works, it works. The longer answer is that there are reasons you might want to rig a mic either way up, or at all sorts of other angles.

The practice of hanging mics upside down probably started with valve mics. Heat from the valve rises, and with the mic upside down this heat doesn't cause the temperature around the mic's diaphragm to vary over time.

Another practical reason why you might choose to hang a mic upside down is that it can sometimes make it easier to point the mic where you want it. For example, you might want to angle the mic towards a singer while avoiding plosive blasts as far as possible. Such blasts tend to be projected forward, obviously, but also slightly downward. By placing the mic slightly higher than a singer's mouth but pointing toward the mouth, you can more easily keep the mic out of the way of the blasts.

That's easier when hanging the mic from a boom above, and singers often prefer that too, since it can allow them more room — useful if they need to have a music stand, set lists, lyric sheets or water, for example, in front of them (or if they tend to move their arms a lot while recording). This position can also help if you want to encourage a vocalist to raise their head a little to open up the airways!