Q. Which model should I choose as my next budget mic?

I’m planning to add to my (very small) mic collection. Currently I have two condenser mics: an sE Electronics SE2200A large-diaphragm [capacitor] mic and an AKG C1000S small-diaphragm mic. I mostly record vocals and acoustic guitars, but sometimes harmony vocals with groups of two or three singers. However, as my skills improve I’d like to try small folk line-ups too — I’m thinking maybe melodeons and mandolins, as well as guitars and vocals, but not all at the same time.

As I have only a very small budget (and can only record four mics at a time anyway), I’m thinking of the Oktava MK012 with changeable capsules (mostly so I have access to a small-diaphragm omni) or a budget ribbon mic such as the sE Electronics X1R or Cascade Victor. Or would a pair of small-diaphragm cardioid condensers be better, so I have a stereo array, although as I’ll probably be working with quite small groups in imperfect spaces, I wonder whether another spot mic would be more useful? The reason for thinking about omnis and/or ribbons is to get a nice guitar tone and have more colours available generally. 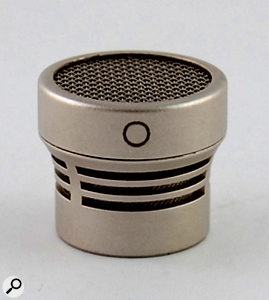 SOS contributor Mike Senior replies: Under the circumstances, I think the designs of the mics you already have help with the decision, because you’ve been recording entirely with condensers so far. For tonal variety I’d therefore definitely go for the ribbon option, because you’ll get sounds out of that which no condenser will give you — it’s a whole different character, especially when close-miking acoustic guitar or mandolin.

Furthermore, the figure-of-eight polar pattern and cleaner off-axis response of the ribbon mic (as compared with a cardioid) would make it a good choice for recording backing vocals too, because you can easily arrange all the singers around the single mic, and the ribbon’s rounder tone will naturally help sit those voices behind the lead in the mix as well. The figure-of-eight polar pattern may also come in handy for recording singing acoustic guitarists — the mic’s null plane can usually be angled to reject the singer to an astonishing extent, which will give you much more control over the vocal sound at mixdown (because there’s less vocal spill on the guitar mic).

All that being said, if you do decide to go down the small-diaphragm omni route instead, then I can heartily recommend the Oktava MK012 omnis. Although I’ve always found the MK012 cardioid capsule a bit harsh-sounding, so would probably avoid it for acoustic guitar in folk styles, I’ve had some stunning results with the omni capsule, and I think it might suit what you’re doing extremely well. (In fact, you can hear an acoustic-guitar duo recording I did using just a pair of MK012 omnis by checking out the audio demonstration files accompanying SOS January 2016’s ‘Session Notes’ column: http://sosm.ag/sn-0116.) What’s more, if you buy the preamp bodies and the capsules separately (rather than in a set), you should find that a pair of MK012 omnis will still be well within your budget, which would enable you to record using spaced-pair stereo techniques as your confidence grows.