Setting Up A Desktop Studio: Part 3 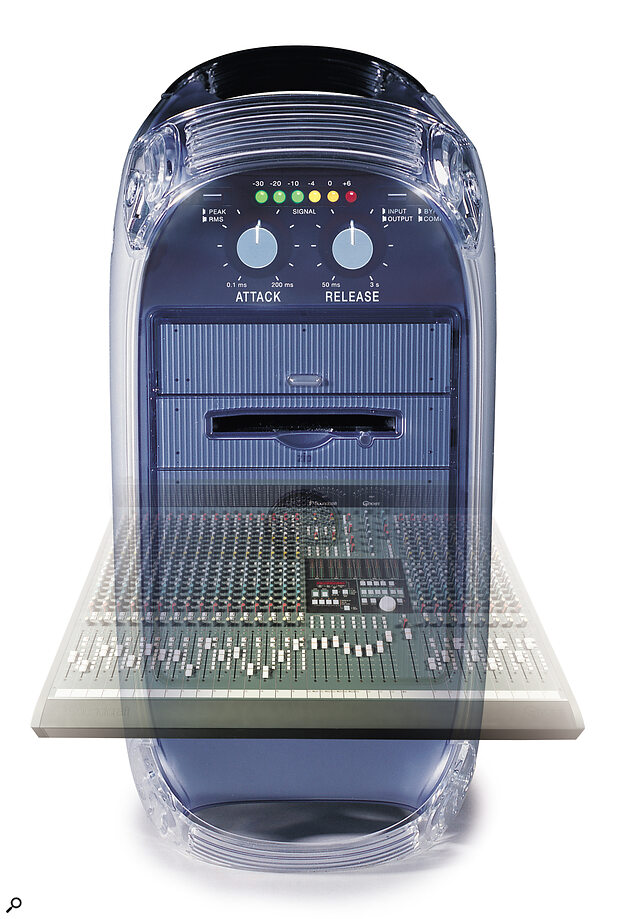 Paul White concludes this short series by considering a more sophisticated desktop studio incorporating an external digital mixer. This is the last article in a three‑part series.

If you've read all the parts of this series so far, it should be obvious that a powerful desktop computer combined with the right software can do amazing things in a recording studio — and all without any external hardware being required, other than a monitoring system, a MIDI keyboard and a mic preamp. However, even a fast computer has its limits. What can you do if you routinely need to perform more operations than your computer can cope with? Faced with this scenario, you have the option of either using specialised DSP‑based computer expansion cards to take over some of the more labour‑intensive functions (as explained in last month's part of this series) or you can start to add external hardware synths, samplers, effects boxes and mixers rather than expecting your computer to do everything. This will provide you with a perfectly usable studio, but you could argue (rightly) that it moves you firmly away from the desktop studio concept, and therefore outside the scope of this series! 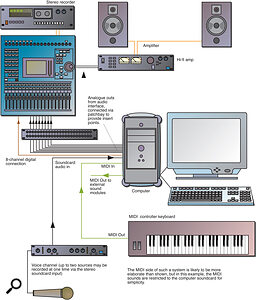 Figure 1 — Connecting a digital mixer to a desktop studio system.

There is, however, a good 'halfway house' hardware‑based alternative — to use an external digital mixer as part of your system. Mixers such as Mackie's D8b, Spirit's 328, or those in Yamaha's O‑series (O2R, O1v or O3D) are well suited to this purpose, and can be expanded to offer more digital I/O than smaller consoles.

This approach provides the practical benefit of a physical user interface (ie. real knobs and faders, rather than graphical representations of them), as well as sharing some of the DSP workload normally undertaken by your computer's CPU when you mix. Furthermore, most hardware digital mixers provide onboard EQ, dynamics processing and effects in addition to routing and automated mixing, and by removing this workload from your computer as well, you'll find your system runs more smoothly, leaving you plenty of power in reserve for you to use processor‑hungry plug‑ins or software‑driven virtual instruments when you need them.

To take full advantage of a digital mixer, you'll need a soundcard or audio interface with multiple outputs, and if you want to record several musicians playing at the same time, multiple inputs too. Clearly, it wouldn't be taking full advantage of a digital console if you were to connect it to your soundcard entirely via analogue cables — a multi‑channel digital audio interface will preserve your signal quality and also relieve you of the chore of matching your audio I/O levels with those of your mixer. There are various different ways of moving multi‑channel digital audio about without having to leave the digital domain, some of which are in more common use than others. Roland have their own eight‑channel system called R‑Bus, but at the time of writing, R‑Bus is supported only by Roland equipment. It's also possible that Apple's FireWire digital connection, as seen on the back of the latest Macs and on PCs fitted with suitable option cards, will grow to play an important role in connecting digital gear over the next year or so (see the box on FireWire on page 120). For the moment, though, the most common multi‑channel digital audio formats are ADAT optical and TDIF (as seen on Alesis' ADAT and Tascam's DTRS machines respectively), and both carry eight channels of audio.

ADAT optical, as the name suggests, uses a fibre‑optic cable, while TDIF uses a multicore. If you need to transfer more than eight channels, you'll need an interface with more than one ADAT or TDIF port, and similarly, your mixer will need to be equipped with a suitable number of digital ins and outs, usually via optional interface cards. MOTU's 2408 interface is popular in this application as it provides up to 24 channels of digital I/O as well as eight analogue connections. Few project studio systems support more than 24 channels of digital I/O.

I said earlier that to connect a digital console via analogue cables isn't really the best way of getting signals from A to B, but sometimes circumstances force you into working that way. For example, the popular Yamaha 03D mixing console can only be expanded to eight channels of digital I/O (in addition to its stereo S/PDIF I/O), so if you need to mix 16 tracks, you may end up with eight tracks fed in digitally and a further eight via the analogue inputs. Although not technically ideal, this approach does offer some advantages, as going in via analogue inputs allows you to insert other analogue processors in the signal chain. As most affordable digital mixers have few or no insert points in the digital input path, this can be a useful workaround. Using a normalised patchbay between the audio interface and the mixer makes this job a lot easier. Figure 1(see right) shows a desktop system connected to a mixer that has eight analogue channels and eight digital channels. In this example, the signals being recorded are still being fed in via a voice channel, but if you have a mixer with sufficient channels, there's no reason not to record directly via your mixer (after all, it's designed with recording in mind, and has a built‑in means of monitoring what's already been recorded), and route your signals to the audio interface's digital input.

Once your soundcard or audio interface has been set up to use its multi‑channel digital connectors, signal routing to and from the computer is handled by your mixer in exactly the same way as it would be if you were working with a tape machine.

If you record a lot of audio tracks on your computer, you may end up with more tracks than you have mixer I/O to accommodate. This means you'll have to do some submixing of tracks inside the computer before they are piped out for mixing, but usually, this isn't too limiting, as there are often backing vocals, keyboard layers or percussion parts that can be premixed without compromising your flexibility at the mix too much. If you do require different EQ or effects settings on the various parts prior to submixing, you can still set these up using software plug‑ins as you submix. In most instances, submixes will be in stereo, which means you'll use up two channels of digital I/O and two mixer channels.

When it comes to mixing, there's no reason not to use the automated mixing in both your mixer and your computer if you need to, though you'll need to feed MTC to your mixer so that it can sync to your song. That said, if you plan submixes carefully, you should be able to leave your virtual mixer section alone, and do final mixes via your hardware mixer.

Current computers can handle low‑latency audio recording alongside MIDI sequencing and a sensible number of virtual effects and instruments without problems, but there aren't many situations in which a self‑contained computer‑based system will suffice without any help from external hardware. As illustrated within this short series, there is still a place for external MIDI instruments, especially synthesizers, though software samplers have many advantages over their hardware equivalents in a sequencing environment that make them worthy of serious consideration (mainly deriving from soft samplers' better potential for integration with sequencing applications — see last month's review of Emagic's EXS24 soft‑sampler for more details).

As computers continue to get more powerful — the first dual‑processor G4 Mac was unveiled as I wrote this article — the need to buy extra DSP‑powered hardware is becoming less necessary, although this approach will continue to be an option for users who demand very high levels of processing power. Virtual instruments can now be played in real time with no appreciable latency, and a number of virtual synths offer creative possibilities that extend beyond those offered by affordable hardware. Nevertheless, for the foreseeable future I see hardware and software synthesis existing side by side, which means a flexible system still needs to include a mixer of some kind. As is always the case with mixers, it's usually wise to budget for a few spare inputs, because you can be certain they won't stay spare for long. As discussed in the box on the right, if the time comes when mixers double up as the computer's audio I/O, we'll be able to enjoy even more flexibility with less wiring.

The future of desktop audio is particularly interesting at the moment because the latest crop of computers and audio software packages are finally capable of delivering something close to the dream that we've been nurturing ever since MIDI sequencers gained a few audio tracks. Even so, if history provides any lesson for the future, it is that no matter how much computing power we have at our disposal, we'll always be able to think of something we'd like to do that will require just that little bit more. Equally true is that even if you buy a state‑of‑the‑art computer today, within 18 months you can guarantee it will be state‑of‑the‑ark.

In the near future, Apple's FireWire digital interface, or a music‑and‑audio‑centric implementation of it, such as Yamaha's mLAN, may take over from existing digital audio interfaces (for more on mLAN, see Paul Wiffen's on‑going series on this subject, starting on page 150 this month). In theory at least, a single optical or copper connection should be able to carry as many audio and MIDI channels as you're ever likely to need, as well as sync information. If the manufacturers take this to its logical conclusion, mixers will interface directly to the FireWire port on the back of a Mac or PC without the need for a soundcard or external audio interface. This makes perfect sense, as a digital mixer already has the converters and I/O built in.