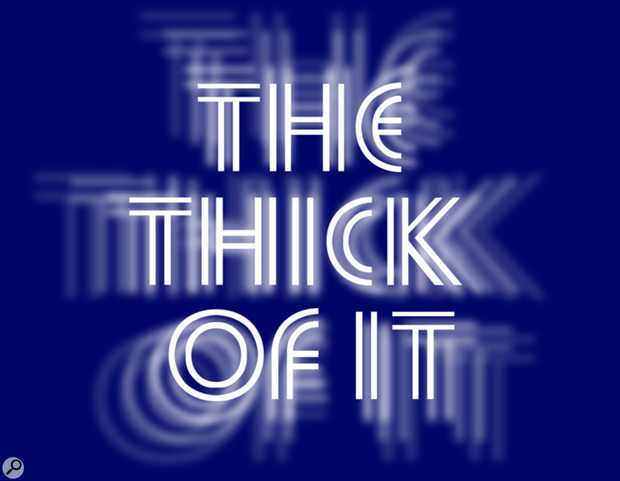 Your DAW makes it easy to fake old-school doubling techniques, and gives you much more control than producers had in days gone by.

Ever since the dawn of pop music, producers have worked hard to make vocals and instruments sound 'larger than life'. Over the years, various tactics have been used to this end: equalisation, compression, distortion, enhancers, delays and reverbs all being familiar examples. But one of the most fundamental means of adding heft to a sound is through doubling or layering — and in this article, we'll take you through several easy and effective techniques you can try in your DAW.

The Wall Of Sound

We'll start at the beginning, or thereabouts. Phil Spector's famous Wall Of Sound sparked a revolution in 'thickening' techniques based around the literal doubling of instruments. In Spector's productions, the same part would be played more than once, or by more than one instrument. He used his musicians like an orchestra, with large ensembles of guitars, pianos, basses, horns, vocals and more combining to create a thick, dense sonic texture. To replicate his approach accurately, you'd need access to huge studio spaces and an unlimited supply of top-notch session players. You'd probably also have to be mildly insane!

But if the general sonic texture appeals to you, you could attempt to fake it in a more affordable way in the box, by layering multiple virtual instrument parts. Don't just use the same MIDI part to trigger each one, though, and don't use the same sampled piano for each part — ideally, you'd play each part in with a different instrument, and be careful to avoid over-quantising them, since the minute discrepancies in tone and timing are important. You'd then treat the audio output of each instrument with some analogue processor emulations and a reverb that emulates or recreates a large studio space, such as UA's Ocean Way Studios or IK's Sunset Sound Studio Reverb.

Would you want to go to those lengths, though? While there's still something slightly magical and appealing about the thick textures of the Spector sound, it has its downsides. It can make sounds seem diffuse in the stereo field, for instance, and the more instruments you layer, the more blurred note onsets seem to become. Thankfully, then, Spector's tactic gave rise to a whole load of other over-dubbing and processing techniques that, with a little ingenuity and technology, were not only a little more wallet-friendly, but arguably also more effective.

The most basic of the overdubbing techniques is old-school double–tracking. Essentially, this boils down to singing or playing the same part more than once, and recording each take onto a different track in your DAW so they play back together. As with the...