How To Achieve Better Separation In Your Mixes 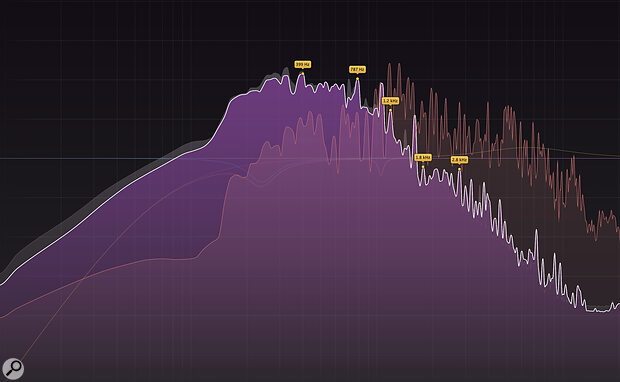 If you’re struggling to get everything in your mixes coming across loud and clear, read on.

I’m often asked how people can achieve ‘better separation’ in their mixes. Typically, they’re making comparisons with commercial mixes and feel that theirs sound ‘muddy’, or ‘lack definition’. Sometimes they’ve noticed that occasional syllables, notes or drum hits don’t seem loud enough, no matter where they set the fader or how they compress or EQ them. Or they may wonder why they struggle to making synths or guitars loud enough without the vocal losing impact. This article aims to help you get your head around such problems, and equip you to tackle them or, better, prevent them arising.

Clarity and separation start with a good arrangement: every mix engineer must be able to recognise when decisions taken when writing and arranging are causing problems. If you’re mixing your own tunes, you can attend to these before they arise, since you have control over which instruments/sounds play which parts, when and in what register. So think ahead to the mix when making these choices.

Every mix engineer must be able to recognise when decisions taken when writing and arranging are causing problems.

Our hearing is most sensitive in the 1‑5 kHz region, and definition here is crucial to our ability to discern lyrics. The main energy of vocal consonants is found around 2‑4 kHz, and the more other sounds occupy this area while the singer sings, the more effort you’ll need to put in to achieve a pleasing balance. A sensible plan, then, is to write parts and choose sounds that naturally leave space. This can be approached in the frequency domain, for example by changing notes, transposing parts or trying different sounds; in the time domain, by making other parts less busy; or both, for instance by shaping a synth’s amp envelope to reduce the clash between its note onsets and vocal consonants. Good musicians will grasp all this instinctively, shaping their sound and performance to best serve the song. Acoustic guitarists or pianists, for example, might play more minimal parts or different inversions during vocal phrases than they do in the gaps between them.

If you’re involved in a separate recording stage, you can also put thought into the frequency real‑estate each sound needs to occupy in the mix. For example, scooped, distorted electric guitars can sound impressive in isolation. But they can eat up a huge amount of space and have real potential to clash with a bass guitar or drown out a vocal. It’s much easier to pile on the dirt and pull down the mids later, when mixing, than to tone down baked‑in distortion or add in frequencies that you didn’t capture! A clean DI track offers an insurance policy in this case, but the more you record with the mix in mind, the fewer compromises you’ll make in the name of better separation.

Even if you can’t influence proceedings until the mix, you can still make arrangement decisions. On checking out the multitracks, you’ll often find that the artist struggled to let go of musical ideas that don’t really add much to the song. While you must be sensitive to the artist’s vision, you’d be missing a trick if you didn’t try muting these parts, especially at points where they seem to fight with or obscure other parts. 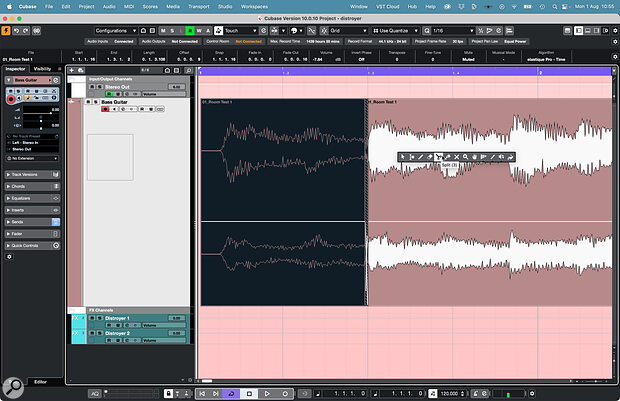 Don’t overlook your DAW’s basic editing tools: use these to clean up the arrangement and performance, and you’ll need to ask far less of your processing and automation.

Your DAW’s standard editing tools can help you clean up and tighten performances too, which helps with definition. Be on the lookout for sloppy timing and bum notes, which can leave a mix feeling sluggish and unfocused. Everything needn’t be ‘nailed to the grid’ (a quick road to a ‘robotic’ feel) but at least make sure the first beat of each bar is on the money, and trim any notes that obviously ring on too long. Also listen out for how tightly the syllables track in stacked backing vocals, and if they need work, use either scissors, time‑stretches and fades or, if you have one, an automatic tool such as VocAlign to get them working in unison.

You can also go through the multitracks and eliminate undesirable noises. Bumps, thuds and clicks are usually edited out fairly easily — even if that means pasting a note or phrase in from elsewhere in the recording. Cumulatively, this sort of tidying up can have a huge impact on the listener’s perception of clarity and definition, so don’t be scared to get busy with those scissors!

De‑noising plug‑ins can help if there’s prominent hiss, and these work better before you apply other processing, but I suggest using them only where required, since they can have unwanted side‑effects. (On the subject of noise: some modelling plug‑ins have a noise generator to help mimic analogue gear — it’s just one more sound to get in the way, so where possible I’ll turn that off!)

Finally, at this mix‑prep stage you can start your serious EQ work by removing any obvious ugly resonances — I’ll discuss that shortly. Some corrective processes, though, I reckon you’re better leaving until the mix. It’s hard, for example, to judge the settings of de‑breather and de‑esser plug‑ins before you’ve got all your other mix processing up and running.

When you’re all set to start the mix, it can be helpful to mentally ‘rank’ the parts in order of musical importance — figure out which sounds need to take precedence over others, and start your mix by getting the most critical elements working together. Then you can assess the remainder as you bring them in, and in most contemporary genres you can sculpt and automate these as much as you like to fit them around that solid spine. This buys the ‘big‑ticket’ sounds all the space they’ll need to come across with clarity and definition. Try to think of effects such as reverbs and delays as separate sources; setting them up as send effects rather than inserts allows you to process them like anything else in the mix. Top of your table will probably be the lead vocal (however loud you prefer it, the lyrics should be heard) and any lead instrumental solos. But just as important will be what drives the song’s groove — usually that’s the kick, snare and main bass instrument, but the hi‑hat or congas could be important, as could a rhythm guitar, a piano, a sequenced synth or whatever.

...mentally ‘rank’ the parts in order of musical importance — figure out which sounds need to take precedence over others, and start your mix by getting the most critical elements working together.

There’s also the question of which part of the song you start building first. When parts clash, you’re often tempted to keep on raising the faders to make things heard, until you run out of headroom (or fader travel) and start overloading any compressors, tape sims and so on that are further down the signal path — again, something which can rob sounds of definition. One way to avoid this is to start by balancing your mix at the loudest and most dense part of the song (often that big, climactic chorus and outro). Work back from there to make the rest of the mix build up to that point, and you can be sure that the mix will deliver its payload with confidence.