Secrets Of The Mix Engineer: Scott Rosser By Paul Tingen 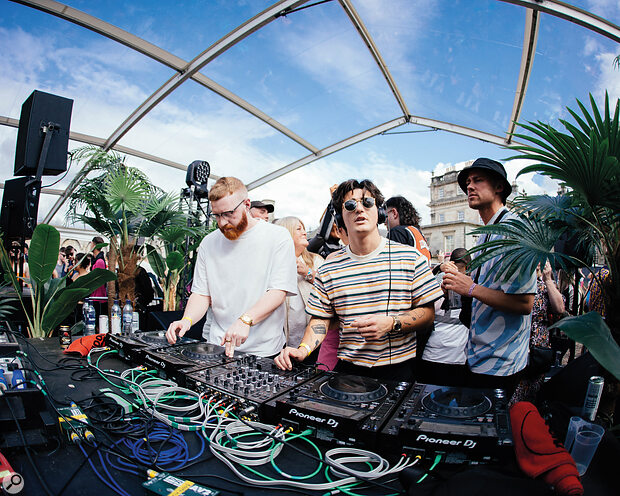 When LF System’s track ‘Afraid To Feel’ went to number one in the UK at the beginning of July 2022, it was declared the first big ‘summer smash’ of the year. At the time of writing, it had sustained its position at the top of the charts for a second weekend. The upbeat track is an unexpected number one, partly because Scottish DJ duo LF System were virtually unknown before ‘Afraid To Feel’ went viral, but also because of the track’s unusual production. 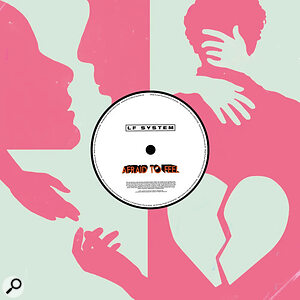 Clearly, Conor Larkman and Sean Finnigan, the members of LF System, were inspired by their DJ background in programming these dramatic tempo changes, and the tension‑release effect also has echoes of the risers and drops in EDM. It is a large part of the appeal of the song, and the effect is so arresting and unusual that it turns it almost into a novelty hit.

On top of that, Larkman and Finnigan pitched the sample up from Dm by 132 cents, to somewhere between Ebm and Em, which may be jarring for those with perfect pitch. The re‑pitching makes the lead vocal sound very piercing and slightly robotic, and adds to the excited feel of the track. And finally, it turns out that LF System didn’t actually use the above‑mentioned sample in the final recording, but had it replayed. This meant that the mixer had to reference the original 1979 recording.

‘Afraid To Feel’ was mixed and mastered by Scott Rosser, from his ATIK Studio in Nantwich, south of Manchester. Rosser recalls: “Last year I was asked to mix LF System’s first release, ‘Dancing Cliché’, by Anton Powers. He works for Warners, and before that at 3 Beat Records. 3 Beat had remix trio Cahill under contract, of which Anton and I were a part, as well as ex‑3 Beat label manager Tim Condran. 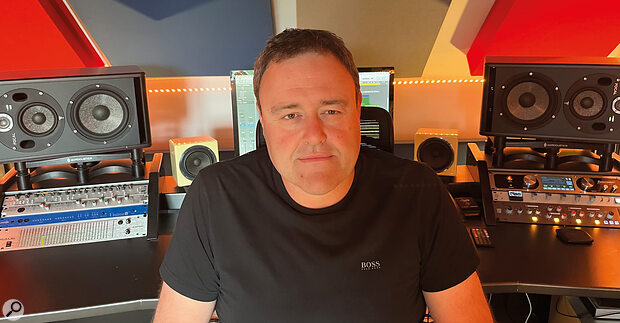 Scott Rosser in his ATIK Studio.

“I mixed ‘Dancing Cliché’ last October, and it got LF System off to a good start as it gained a lot of support from key DJs on UK radio. It also got them quite a following in Scotland. Anton then asked me to mix ‘Afraid To Feel’, and also to create a new radio edit, as the original version was too long. The song was released last May, and I think it blew up partly because of TikTok, but also because of the energy LF System bring to their DJ sets, perfectly exemplified by their Boiler Room appearance.

“The nature of the song definitely posed several challenges. The sample had been recreated by Replay Heaven, so I received stems of that, plus LF System’s programmed parts. I then had to work out what the tempo changes were, and make sure that Logic was working correctly with them, as it obviously impacts delay times and so on. Especially figuring out the slowing down section took a lot of time. I also had to recreate the radio effect at the start, and I did not have the vocal quite that bright in the beginning — but it’s something they wanted.”

There were more mix challenges, but before getting to them, some background on Rosser is in order. Long‑standing readers may remember that Scott featured in SOS in 1998, when he was interviewed as part of the dance trio Dario G, who had a hit with a track called ‘Sunchyme’. It was described as “the unofficial anthem to the summer of ’97”. Rosser clearly is no stranger to summer hits.

“I was born close to Swansea, and started playing piano when I was eight years old,” relates Rosser. “I continued with piano lessons until I was 16 or 17, and then I went to Salford Tech in Manchester, or Salford University as it’s called now, to do a pop music recording course. It also had a MIDI suite, and that’s where I learned production skills on the old Atari STE. This was the late ’80s, early ’90s.

“At Salford I met Paul Spencer, and we started a band. After Stephen Spencer also joined, it became Dario G. Our success started in the late ’90s, and lasted for about five years, after which we decided to go our separate ways. Paul is still doing Dario G today, but I realised the major label deal thing was not for me. I moved south of Manchester, close to Nantwich, and set up a studio with a couple of friends. For about five years we recorded music in many different genres. It was a great education.

“In 2007 I got back in touch with the old management of Dario G, who owned 3 Beat, and started doing remixes. That’s how Cahill began. We had a hit in 2008 with ‘Trippin’ On You’, and we’ve done remixes of all sorts of big artists, like Chris Brown, Rihanna, Calvin Harris, Ellie Goulding, Robbie Williams, and many more. We stayed relevant for a good 10‑12 years, and did almost 300 remixes in total. It’s a market that’s a lot about who is cool at any given time, and there were many new kids coming through, so it’s more or less stopped now. But I still do two to three Cahill remixes a year.

“Around 2014, 3 Beat asked me to mix and do some additional production on a track by one of their artists, and I implemented what I had learned as a remixer. From there, work as a mixer, mastering engineer, remixer and additional producer started to snowball, and it’s what I am still doing today for most of the time.”

Since 2014, Scott Rosser has been conducting his mixing, mastering, production and occasional remix work from his home studio in his attic in his house near Nantwich. ATIK Studio is based around Focal Trio 6BE monitors, a UAD Apollo 8, RME MADI card, Euphonix MA 703 and AM 713 converters, an Emagic Unitor 8 MIDI interface, and an upgraded Mac from 2010 that runs Logic 10.4.8 and Pro Tools 2019. 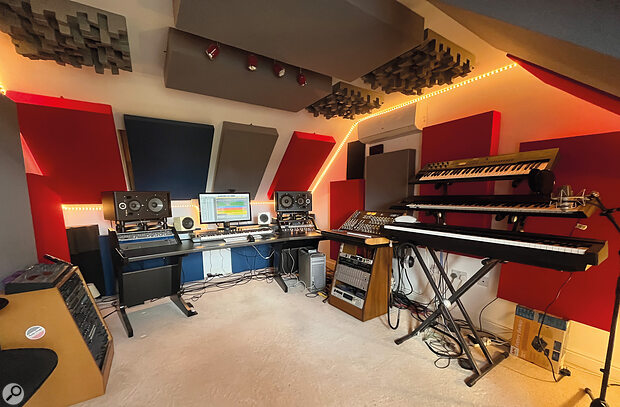 ATIK Studio is based around a 2010 Mac Pro, with UA, RME and Euphonix interfacing, Focal monitors, a selection of ’90s synths, and some choice analogue outboard including an SSL Fusion and API The Box console.