Secrets Of The Mix Engineers: Timofey Reznikov By Paul Tingen 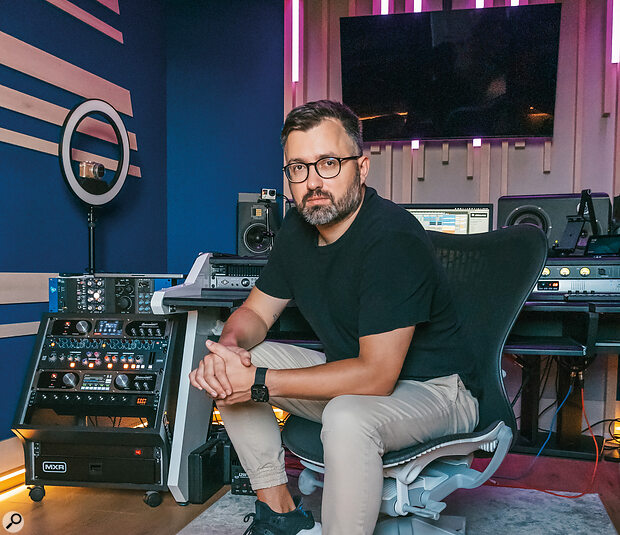 Timofey Reznikov in his Spanish studio.

Timofey Reznikov made a name for himself recreating tracks by famous producers. Now, he mixes their tracks!

“My mix sessions tend to be very simple. It’s about the treatment choices you make, with your samples, and how you mix them. I don’t take whatever sound or sample and then try to change it. I always take my time finding the right sound, and when I put it in the mix session, it only needs one EQ, and it sounds good. When I treat it, I treat it in a wise way. If it doesn’t need treating, I don’t treat it.

“Overall, a dance or EDM song can be made to sound great with 50 to 70 tracks. If there are no complications in a track, I tend to spend another six hours to finish and mix it. I like to sleep on it, because your brain gets too used to what’s there, and in the morning I re‑listen to the mix and master in perhaps 40 minutes.” 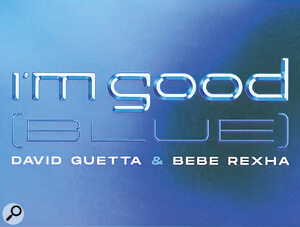 Timofey Reznikov has been turning heads over the last two decades with his mixing, mastering and production work, as well as various other activities. In all of his work, Reznikov displays a striking capacity for keeping things simple, and for clear‑minded thinking. His career path explains many of his exceptional talents. “My mother played violin in an orchestra, and my dad taught contrabass at the conservatoire, and I was always into music. I was never a fan of classical music, so I studied jazz trumpet. My parents also bought me a computer, on which I learned how to make music with tracker software, which involved operating sequencers with text forms.

“In 2001, when I was 20, I enrolled at the Conservatoire Royal de Mons, Belgium, where I studied piano and electro‑acoustic music. When you finish conservatoire, it’s not like there are vacancies for the job of composer that you can apply for, so for a while I was living a quiet, poor life in Belgium, doing basic jobs like being a truck driver or delivery man, and in my free time I was doing music and trying to get people to notice.”

Always early to spot an opportunity, Reznikov was one of the first to create his own samples and upload his tracks to Beatport. “I had been working on the Cakewalk Sonar DAW, but in 2004, I switched to Ableton Live. I think I started with version 2, so at the very beginning. I liked that with Ableton you could just drop a sample into a session and it immediately was at the correct bpm, and how quick and easy it was to use in general.”

Reznikov’s next step was setting up the Abletunes website, which is still going strong today and sells Ableton templates and music projects, sample packs, synth presets and plug‑ins. “I started Abletunes in 2008 with a friend, and we still run it together today. Other online stores sold loops and samples, but we sold project templates. The philosophy was that everyone could open them in Ableton, and they were very easy to use, and sounded great just with stock plug‑ins, so without external or complicated setups or plug‑ins.” 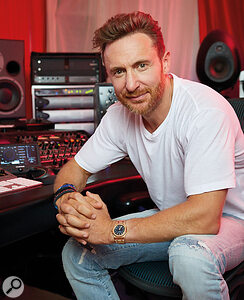 David Guetta is one of the world’s leading DJs and producers.During this period, Reznikov earned an online reputation for his exceptional capacity to recreate well‑known synth sounds from scratch (see box). “At the time everybody was asking what plug‑ins and synths people were using, and at the same time, nobody wanted to share their production secrets. There were many conversations trying to find the secrets, for example behind the sounds in Deadmau5’s track ‘Ghosts N Stuff’. I was quite good at sound design, and started doing projects that sounded really, really close to the original, like 99 percent, and I showed how I did this on YouTube, and also provided a download link, so people could see how I had made the sounds. It was the early days of YouTube, and I was one of the first people doing music production on the platform. I also created a website with descriptions and download links, and I started giving lessons to music enthusiasts and doing ghost productions for DJs.”

Reznikov also worked with the famous Belgian DJ duo artists Dimitri Vegas and Like Mike. Then, in 2018, his career suddenly went into overdrive. “I wanted to grow as an artist, so my manager and I went to LA to network. We knew some people, and were also meeting people randomly, and hoped something would happen. My manager happened to have David Guetta’s email address, and sent him a message, as a shot in the sky. It turned out David knew my name, because 10 years previously he had downloaded some of my Ableton projects from my website! I also had met the producer he often worked with, Fred Rister, who had mentioned me to him. So David invited me to the studio he was working in, Serenity. He really liked my demos, and I played him my recreation of the track he had done with Justin Bieber, ‘2U’.”

Reznikov ended up staying at Serenity Studios for two months, working with Guetta on the Frenchman’s 7 album from 2018 (www.soundonsound.com/people/david-guetta), gaining an additional production credit on the hit single ‘Don’t Leave Me Alone’ (featuring Anne‑Marie), and co‑writing and co‑producing several songs on disc two of the album, the Jack Back project. Reznikov has since worked as a mixer and producer with several top artists, among them Belgian DJ Regi (Reznikov was heavily involved in the making of ‘Kom Wat Dichterbij’, one of the biggest songs in Belgium of all time), and of course Guetta. Reznikov co‑produced Guetta’s 2019 hit ‘Stay’ featuring Raye, and most recently, he mixed and mastered Guetta’s latest monster hit, ‘I’m Good (Blue)’ featuring Bebe Rexha.