An Introduction To Binaural Recording Skip to main content

An Introduction To Binaural Recording

Use Your Head By Chris Korff 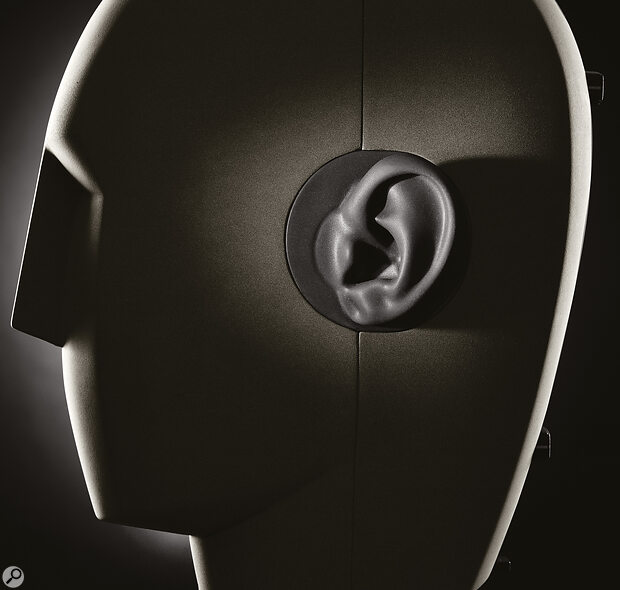 Binaural recordings are an easy and effective way to capture immersive audio.

Binaural audio is one of those techniques that the recording industry seems to rediscover every decade or two. It’s actually as old as the hills (some of the earliest experiments date back to the 19th Century!), but because binaural recordings need to be heard on headphones to get the full effect, it has had limited applications. However, as headphones have become the dominant consumer listening medium, it’s more relevant now than ever.

Binaural recordings are stereo recordings that take advantage of the mechanics of human hearing. Our eardrums work an awful lot like pressure‑operated (ie. omnidirectional) microphones, and since we’ve got one on either side of our heads, our hearing is essentially the same as a spaced‑omni stereo mic array. Now, unlike coincident mic arrays such as X‑Y or Mid‑Sides, in which sounds always arrive at the two mics at the same time, spaced arrays rely on the possibility of sound arriving at the two mics at different times in order to convey positional information. So, if a sound being picked up by a spaced array (or our ears) arrives at both mics (or eardrums) simultaneously, then we know it’s coming from directly in front of or behind us. If it arrives at the left mic or ear slightly earlier than the right, then we know the sound is coming from the left, and so on.

But the human hearing system is rather more advanced than a simple spaced stereo mic array, not least because it can resolve sounds in three dimensions, rather than just the 2D plane of stereo audio. One of the ways it does this is using those little radar dishes stuck to either side of our heads. Our outer ears, or pinnae, ‘funnel’ sound into our ear canals, filtering it in complex ways as they do so, and that filtering changes depending on the angle at which sound arrives. This is one of the ways we can resolve the ambiguity about whether a sound is arriving from the front or rear, or above or below, even if that sound arrives at both of our ears at the same time.

Our heads themselves also have a big effect on how we hear. Our skulls are relatively large resonant cavities, with more resonant cavities (sinuses, the oral cavity and so on) inside them. Being quite large, they also form ‘acoustic shadows’, occluding higher frequencies if the head prevents sounds from reaching either ear directly. (This acoustic shadowing phenomenon, incidentally, also forms the basis of...