With rumours of an iPad 2 on the horizon, we take a look at the effect the successful tablet has had on the market.

It's beginning to feel as though I should begin every Apple Notes column I write with the phrase "If rumours are to be believed...”. So prevalent are rumour web sites and the brand frenzy that Apple currently demands from the technology-addicted that a whole industry seems to have sprung up around the art of predicting the next release from the company. The next most‑likely candidate is the iPad 2. The latest version of the story partners Rupert Murdoch with Steve Jobs in a double‑header announcement of subscription services (Murdoch's Daily and Jobs' iTunes), requiring an iOS update and more serious hardware to support multitasking. 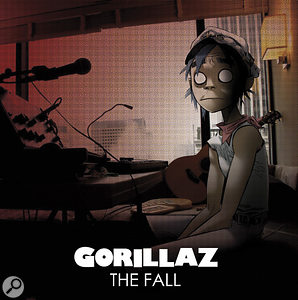 Does this mark the beginning of a trend? Gorillaz' new album, The Fall, has been produced largely using an iPad.

What is still astonishing to witness is the 'halo' effect that the iPad has had. I was demonstrating GarageBand '11 partnered with the Apogee GiO at the BETT show at Olympia recently, and it was remarkable to see how many delegates were carrying an iPad (where previously a personal organiser would have been the accessory of choice). Also, when talking to people at the show about GarageBand, it was notable how many PC 'switchers' were interested in Macs because they already owned an iPad.

Love it or hate it, you can't deny the effect the iPad has had on the technology world, with every man and his dog struggling to keep up. The closed architecture of the device and the software it runs frustrates some (especially those inveterate tinkerers who want to upgrade everything), but it does have both pros and cons. On the positive side, the arcane nature of app approval for the iTunes App Store does mean that apps will work. On the negative side — for musicians, especially — the fact that apps only seem to do one thing at a time, and don't talk happily to each other, demands a change in approach for those making music on the iPad. However, there are some very high‑profile examples of music making on mobile devices coming to the fore. Gorillaz' new album, The Fall, was composed mostly on an iPad, for example.

If you have updated your OS to 10.6.6, you will now have access to the Mac App Store, which brings some of the experience of the wildly successful App Store for mobile devices to Mac users. This allows you to find applications (as they used to be known!) that you might never have come across if you were simply using your regular search engine. Clicking on the Music link revealed apps I'd never heard of, alongside welcome reminders of some old friends (updated for the new store) and I have included some of these in my own pick of the bunch. So, in no particular order:

Developers are seizing the opportunity to release Mac apps that have the flavour of their iOS relatives. That is, most apps take care of one simple task, and have an intuitive interface, a cool icon and a low price. This will make more sense later in 2011 when the LaunchPad feature in Mac OS 10.7 (Lion) brings an iOS‑style functionality to traditional desktop machines.