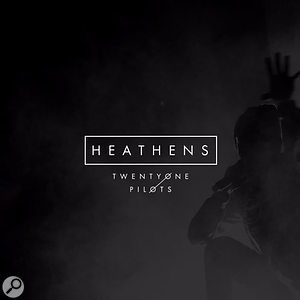 In chart genres, ‘Thou Shalt Mono The Low Frequencies’ is pretty much established wisdom, and with good reason: you typically get the strongest impression of bass from any set of stereo speakers if both their low-frequency drivers work in unison. Besides, our stereo perception’s pretty vague below about 100Hz, so why not go for maximum bass? Well, as it happens, that’s a question this production rather nicely answers.

What Twenty One Pilots have done is trade off some of their mono bass power for bass width by leaving a degree of stereo decorrelation (ie. out-of-phase elements) in the low end of the main bass synth. While the reliability of our stereo location perception reduces below 100Hz, out-of-phase stereo components in that region do nonetheless retain a good deal of subjective impact, as can be appreciated here — the bass of ‘Heathens’, while notionally placed centrally, seems to envelop you in a way that the bass in, say, Major Lazer’s ‘Cold Water’ (discussed last month) can’t match. By combining this bass decorrelation with the strongly mono-incompatible fundamental frequency of the piano’s ostinato E, the producers have imbued the sound with a splendidly cinematic sense of warmth and width in stereo, but at a very acceptable cost in terms of mono compatibility: the recessing of a musically rather uninteresting piano note and the loss of a little mono bass solidity. The latter is no great shakes in a production that’s clearly aimed more at cinemas than nightclubs, as far as likely full-range end-user listening situations are concerned. Mike Senior 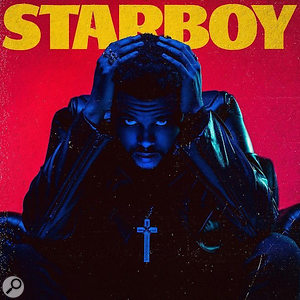 One of the easiest ways to create musical excitement harmonically is by using what’s often called a ‘pedal point’, in other words a note or repeating figure that holds a single pitch constant through a series of chord changes. One classic model for this involves starting with the key’s home chord; then holding that chord’s root note in the bass while different chords are formed (more or less dissonantly) in the upper parts of the arrangement; and finally resolving things back to the home chord. And so it is in the first half of each chorus here, where the bass A starts as the root of the home Am chord (eg. at 0:57), then holds that note while the upper-register “ha” vocoder chords take a three-chord G-F-G diversion (0:59-1:06) on their way back to the tonic Am chord (1:07).

This particular combination of pedal point and chord progression is particularly appropriate in a four-bar-based song form like this, because of the way it makes a kind of ‘two arches within an arch’ structure of harmonic tension and release. Although you only return to the fully resolved Am-over-A harmony every four bars, the F-over-A sound in bar three of the pattern is still more consonant (effectively a first-inversion chord) than the G-over-A bars which appear either side of it, so it acts as a point of partial harmonic repose midway through the four-bar unit.

But what really elevates this use of a stock harmonic device out of the ordinary is the way that the bass abandons its pedal-point role after a single four-bar iteration, and instead follows the root notes of the vocoder chords. Nowhere does this have a greater impact than the first time it occurs at 1:09, where (in common with most listeners, I expect) I’d stopped paying much conscious attention to the bass, assuming after a solid minute of hearing its sustained A that it’d be glued to that note until the cows came home! Mike Senior 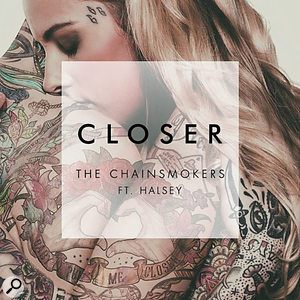 On the whole, creators of programmed music tend to be fairly reluctant to tamper with a tune’s underlying tempo — sometimes because it violates the expectations of a specific electronica sub-genre, but frequently because it’s just a bit of a faff to manage fiddling with tempo-changes in practice. As a result, electronic releases rarely benefit from the musical emphasis that can be generated by slowing up momentarily in the beats preceding a chorus or hook section, and then resuming a consistent tempo. (If it’s not immediately clear what I’m talking about, consider how the lyric “Those were the...” slows down before returning to tempo for “days my friend” in the classic Mary Hopkin hit. Something of a stylistic non sequitur, I admit, but hopefully you get the idea...) However, at 2:31 in this tune, Chainsmokers nevertheless manage to pull off something akin to this trick by allowing the first few notes of the arriving synth riff to lag noticeably behind the beat, giving a surprisingly similar subjective effect. It’s quite a production sleight-of-hand, in fact, because it manages to avoid the danger of unsettling the groove overall by returning to closer synchronisation (although still with the synth on the laid-back side) by the time we reach the riff’s fifth or sixth note. Mike Senior 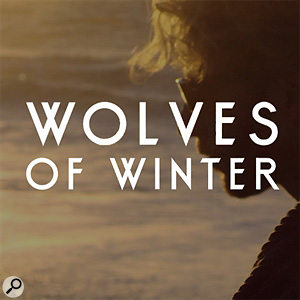 I originally sat down to critique Blink 182’s ‘Bored To Death’, but (fittingly enough) had to admit defeat after an hour’s fruitless searching for anything more interesting to talk about than the song’s jet-flanged drum intro! So it was with a palpable sense of relief that my ears subsequently settled upon this track instead, which, despite considerable sonic commonality with the Blink 182 record, immediately offered greater entertainment value by hopping playfully between 4/4 and 7/8 meters. To be fair, this is hardly a new departure in the history of rock, but what I particularly like in this case is the way the arrangement works to misdirect the listener about the metric changes on a number of occasions, effectively wrong-footing you with a downbeat that appears to come too early. Let me clarify what I mean...

My favourite example is the lead vocal in the first bar of each verse (0:50 and 2:05), which sets up a very clear alternating strong-weak stress pattern (eg. “how you gonna feel when there’s no-one to sup-port you?”) and thus mugs you into thinking you’re listening to a 4/4 bar. It’s only when the band unexpectedly hit their downbeat seemingly an eighth-note early (under the last weak vocal syllable) that it becomes clear retrospectively that you missed the switch to 7/8 at the start of the verse. However, the use of deliberately mechanical ‘machine-gun’ eighth-note stabs during bars two and four of the first verse (and indeed during the outro chorus from 3:40) further confuses matters, because it obscures the natural musical stress patterns that normally allow listeners to distinguish between primary and subordinate beat divisions, and thereby identify the nature of the underlying metre — stress patterns which are, by contrast, much clearer from bar five of the verse at 1:01.

And it’s also nice to see two of my favourite guitar-solo arrangement tricks on display here too. The first involves setting up the expectation of a certain degree of rhythmic independence between what the soloist and and the backing parts are doing, and then briefly bringing everything back into rhythmic alignment for dramatic effect. In this instance, you can hear how the guitar progressively begins to go its own way from about 3:27, while the backing sticks to the riff pattern already heard at 3:14 — but then the kick, cymbals, bass, rhythm guitars, and solo guitar suddenly fall into step with each other for the five emphatic triplet eighth-notes at 3:32. Pure rock theatre! And the second hoary old trick is to drop out the whole band briefly before the end of the solo section, leaving the solo guitar in the spotlight as a momentary fill before the return of the subsequent full-band chorus texture — as you can hear Biffy Clyro doing at 3:38 here. An oldie, but nonetheless still a goodie. Mike Senior 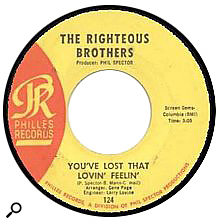 There seem to be a number of different stereo mixes of this track doing the rounds, but it’s worth shopping around for one that uses extreme LCR panning for the original tape’s three tracks — as on the 1991 compilation album The Very Best Of The Righteous Brothers, for instance. For one thing, this offers the opportunity to compare the arrangement with and without the right-panned strings overdub, simply by toggling the right channel on and off. Personally (at the risk of committing some kind of production heresy) I reckon the song would have been sonically more powerful without the strings (albeit bereft of the orchestral conceit), but from an arrangement perspective they serve to differentiate the second verse from the first, as well as salvaging several nice flute countermelodies/fills (eg. 1:04, 1:15, 1:29, and 2:54) which would otherwise have been submerged without the support of the strings doubling.

Speaking of which, what I’ve always wished had been submerged is that tambourine! While it does do a good job of calling attention to the production’s characteristic all-pervasive 16th-note echo, it’s also bloody loud, easily overpowering the (fundamentally more interesting) drum kit and horns of the backing arrangement (eg. at 2:27) and generally grating on my ear. In that respect, the restricted-bandwidth radio listening experience typical of the era probably served the musical balance of this song a lot better than current CD releases do — and would likely also have concealed the selection of more-or-less random sub-50Hz thuds in the mix’s left channel. (Check out the two occurrences just before the second verse at 0:56, for instance, which sound like someone bumping against a mic stand.)

If you switch off the right channel, on the other hand, it opens up the lead-vocal parts to greater scrutiny, especially during those sections (eg. 0:00-0:22 and 1:45-2:24) where the strings are silent. The rich low end of the verses and the smoothness of the reverb tail are particular highlights, and it’s also remarkable how important a role distortion plays in the vocal sound once the performance intensity increases. The “lovin’ feelin’” at 1:42 is a particularly stark example, but there are many less extreme instances, and I think the distortion is actually part of what gives these vocals the harmonic density and upper-mid-range presence they need to cut themselves a suitable embrasure in Spector’s celebrated ‘wall of sound’. Mike Senior