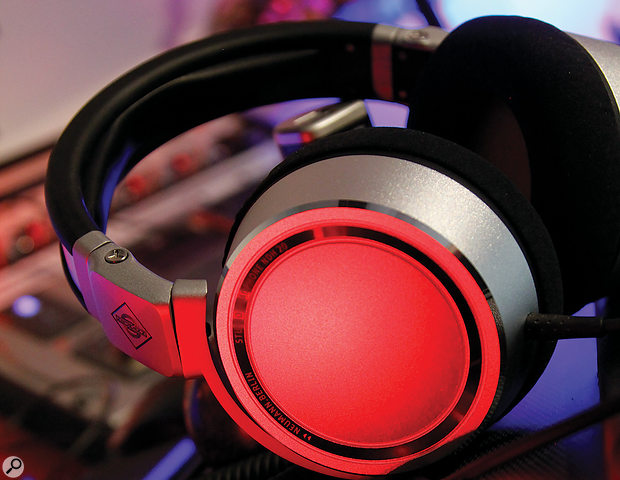 The frequency response of your headphones probably isn't neutral, but at least it's always the same. Or is it?

Two decades ago, headphones were a secondary listening peripheral. Today, they're the means by which most music is consumed, and they're an ever-more important part of the production process too.

Compared to monitor speakers, headphones provide numerous advantages, such as freedom from room effects, portability and isolation from external sound. Yet they also present unique challenges. One is the lack of meaningful standards in tonal response targets and measurements, which has led to a very Forrest-Gumpian chocolate–box situation. Another is that of properly providing them with an electrical signal, which is the main theme of this article.

The sound quality or fidelity of a headphone generally is determined by its physical design, and as with every loudspeaker, there are thousands of factors that determine its performance. Every headphone designer worth their salt has put a lot of effort into designing drivers and earcups that are free of unwanted resonances and reflections. Yet there remains a factor outside the designer's control that can alter the frequency response of most headphones: their load impedance interaction with the circuit of the amplifier that's driving them.

Passive loudspeakers generally come in three flavours, load impedance-wise: 4Ω, 8Ω and, rarely, 16Ω. Headphones, however, are way more varied, starting at 4Ω and spanning a range up to 800Ω. The key specification for determining how loud a pair of headphones will go is sensitivity. Expressed in dB/V, this measures the output level for a given voltage swing. This is related to impedance, which determines the power generated for a given voltage swing, and also to efficiency (dB/mW), which measures how much of this power is delivered as sound.

Usually, high-impedance headphones are meant for use in studios or with high-end hi-fi systems, where good-quality, mains-powered audio interfaces and dedicated headphone amps should have no trouble providing the higher voltages needed to drive them. As battery and USB-powered devices take over the market, however, lower headphone impedances have become the norm. Impedance is a useful shorthand for determining whether a headphone will play nicely with a smartphone but, as for most rules, there are exceptions. 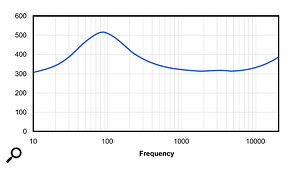 This plot shows how the impedance of the Sennheiser HD650 headphones varies with frequency. This sort of shape is typical of moving-coil dynamic headphones, with a large peak at the resonant frequency and a smaller impedance rise in the high frequencies.Technical specs usually list headphone impedance as a single 'nominal' number, like 300Ω for the Sennheiser HD650, or 32Ω for the low-impedance version of the Beyerdynamic DT770. In reality, though, impedance changes with frequency. For most headphones that use a standard moving-coil driver, the impedance can rise to more than 1.5 times its nominal value at the self-resonance frequency, which is typically around 100Hz. Usually the impedance also increases slightly at higher frequencies, due to the inductance of the voice coil.

A special case in this regard is in-ear monitors, which often employ a passive crossover filter feeding multiple balanced-armature drivers. IEM impedance curves can have many dips and peaks as all of the drivers have their own resonances, and passive filters always alter the electrical impedance of a system as well. There are two types of headphones which generally have a flat impedance curve: orthodynamic or planar magnetic designs (provided they don't use passive electrical filters) and active headphones, where the driver circuit of the source equipment's headphone output 'sees' the flat impedance of the active headphone's input stage's electronics. I work with headphone and speaker calibration specialists Sonarworks, who have measured impedance for 797 headphone models so far: we found that 57 percent have some variance of impedance with frequency.

Remember that impedance varies with frequency for most headphones. Therefore, with an amp which has non-negligible output impedance... you get a form of equalisation on top of your headphone's native frequency response.

Resistance Is Useful (Or Is It?)

To get any kind of sound out of a headphone, one needs two things: a source, which usually provides a line-level audio signal, and an amp, which prepares the signal for driving the load presented by the headphone. Headphone amps can come in many shapes and sizes. A smartphone usually employs a do-it-all chip that takes care of both digital-to-analogue conversion and amplification. At the other end of the spectrum we see rack-unit size Class-A amplifiers using discrete transistors (or valves!) to provide uncompromising audiophiles with the best possible signal. 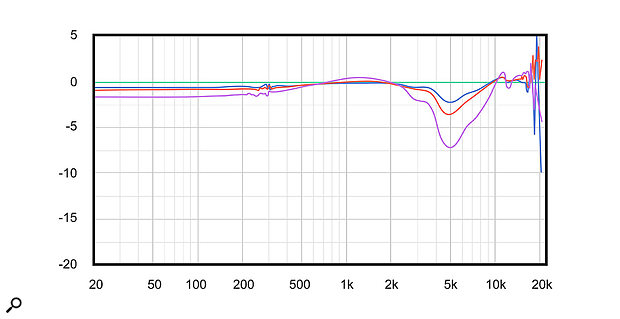 The challenge for designers of headphone amps is that headphone sensitivity is extremely variable. The least sensitive headphones still in use today are probably the AKG K1000, at 78dB/V; at the other end of the scale, the Astell & Kern AKR03 Roxanne Max clock in at 140dB/V. The 62dB difference in sensitivity means that the AKG K1000 would need around 1258 times more voltage to reach the same SPL as the Astell & Kern IEM. The K1000 is an extreme example, though, so let's compare the sensitivity of the more familiar Sennheiser HD650 (105dB/V) and Shure SE535 (134dB/V), both already mentioned above. Even the 29dB difference in sensitivity between these models means that the HD650 would need 28 times the voltage to produce the same SPL as the Shure SE535. So, how does one go about designing an amplifier which could drive an HD650 to an acceptable SPL, whilst also doing justice to the Shure IEM (and not cook them instantly)? 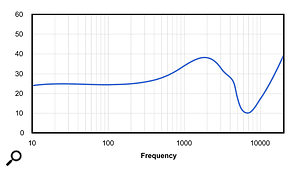 Like many other in-ear monitors, the impedance of the Shure SE535 varies considerably with frequency thanks to the passive crossovers that are needed in a design with multiple drivers.Historically, there have been attempts to standardise headphone amp output impedance. The most popular standard was IEC 61938, which was introduced in 1996 and specified that an amplifier's headphone output should have a source impedance of 120Ω. This is usually achieved by putting a resistor right after the output of an amp, increasing the output impedance of the amplifier and thus decreasing power delivery into low-impedance loads. As mentioned previously, sensitive headphones are generally low impedance, so with this feed resistor in place, the amp can't cook them so easily and the listener gets more usable range on the volume control. On top of that, they also get reduced noise, tackling a problem that can be especially annoying with IEMs.

So what's not to like? Now, remember that impedance varies with frequency for most headphones. Therefore, with an amp which has non-negligible output impedance (due to that feed resistor), the attenuation also becomes a frequency-dependent curve. In other words, you get a form of equalisation on top of your headphone's native frequency response. The tonal deviations shown below are the result of Shure SE535's impedance variation, dipping down from the nominal 32Ω down to 9Ω, interacting with different amplifier output impedances (from 1-50 Ω). While such impedance variations aren't common in full-size headphones, even larger impedance shifts can be observed in many IEMs.

What this means in practice is that a producer or engineer should be careful when switching a pair of headphones (or IEMs) from a high-quality audio interface to, say, a smartphone. The tonal shift can put one on a wild goose chase, when it really is the output impedance that's changing the sound.