How Engineers Get Vocals To 'Sit Right' In A Mix 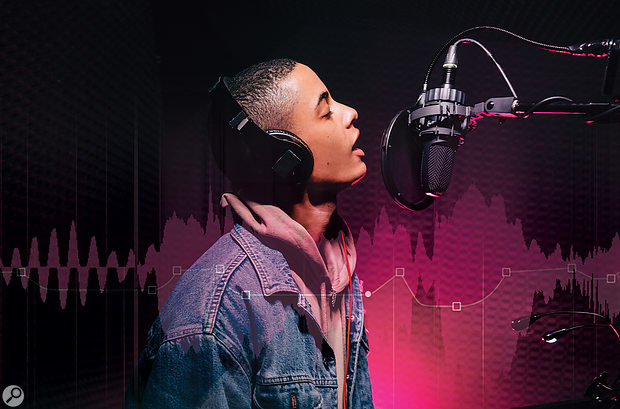 Getting vocals to 'sit right' can require a lot more than setting the fader and applying EQ. We asked a number of engineers how they do it.

Any experienced mix engineer knows that a good musical arrangement should leave a 'natural' spot for the lead vocal, where it will be supported at the right moments by other instruments, but getting a vocal to sit perfectly all the way through a mix can require some 'heavy lifting'. Having recently given a lot of thought to this most crucial aspect of mixing I was curious to know what other engineers thought about it — so I decided to ask them. Five of them, to be precise (see 'About The Engineers' box), and, as I'd hoped, their answers revealed both commonality in their approaches and some very different ways of working. Inevitably, our discussion strayed into more general mixing topics — monitoring and listening levels, for example — and I make no apology for including that here, as it's all very relevant. But we also found lots to discuss about vocals specifically...

Elephants In The Room?

I'll highlight a few things before we get into the nitty gritty. First, I asked the engineers to assume that the performance, recording and arrangement were of a good enough standard to mix. But there are several scenarios in which it could prove difficult to get a vocal to sit nicely, no matter what tricks and tools you have at your disposal, and some engineers felt it important to address this. Jack Ruston said that: "If the track is massive but the delivery is undercooked, or the voice too soft in timbre, you wind up in this position where you need to make it too loud in order to cut through. That sets up an incongruity, whereby the brain knows that such a timbre shouldn't be able to dominate the stronger sounds in the arrangement, yet somehow it does. You feel uneasy because that doesn't ring true. If you have to work at it too hard, it could be that it's just not quite right in some aspect of the vocal source."

Another recurring theme was how far the client wants the mix engineer to stick with what's expected in a genre (the answers to most of my questions could easily have begun with "it depends on the song and the genre"!), and what the role of the vocal is in the song.

Julian Kindred addressed this in some depth: "In many styles of dance, reggae or electronic music there's a pretty good argument that the bass is at least as important, if not more so, than any vocal content... One of the most important things to assess when starting a mix is the relationship between the song's musical arrangement and the vocalist's character/timbre of voice, as well as their performance personality. Sometimes the relationship is conventional; other times it's juxtaposed. A commanding voice can fill a lot of situations. A subtle, more nuanced performer may be in the middle of a dense arrangement. Deciding how to approach things based on the artist's wishes is the key."

Tony Hoffer made a related point: "There are instances where the essential sonic element isn't the lead vocal, and a synth hook of some sort could be treated as I would a lead vocal. If there is also a main vocal, this could be set back in the mix slightly more than usual."

When To Focus On The Vocal

I asked the engineers if (assuming the vocal is the lead instrument) it's better to get the vocal in there early and build the mix around it, or to take other elements further before fitting it in. Jack Ruston feels the former approach is usually preferable because, "without the lead vocal, we can't make assumptions about what the other parts really mean. The levels will be influenced by the vocal content." Tony Hoffer shares that view: "If the vocal is meant to be the focal point, I'll make sure I have it placed in the mix quite early."

Romesh Dodangoda offered an insight into his overall mixing process: "When I mix a song I have the sound of the mix in my head, so my entire mixing time is spent chasing that sound. Once I have drums and bass working pretty well and have a foundation, I will bring in almost everything and, with broad strokes, try and create space for things. I'll fine tune later... but not leaving the vocal 'til the end can make you aware of how much space you need to keep for it." And production duo Boe Weaver offered a variation on that theme: unless working on a very stripped-back, intimate production, they'll typically "flick the vocals on and off throughout the process".

Julian Kindred believes it's all about figuring out what the key elements of a song are, which typically involves "getting the spinal relationship right between the drums, bass and vocals, then working out where to get the song's power, and deciding what balance of music to vocal that requires. Usually it comes from strengthening the density of the two together. Sometimes they're distinct." 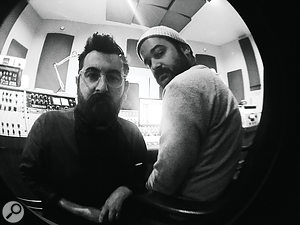 Production duo Boe WeaverBoe Weaver: "Vocal mixing is something we make a conscious effort to not get lazy with. What works changes every time.

Boe Weaver add: "Vocal mixing is something we make a conscious effort to not get lazy with. What works changes every time, and not simply 'starting with what worked last time' seems to be a good rule." That struck a chord with me, as I think we often gravitate subconsciously to the areas of a mix we find most appealing — I was a drummer before I was an engineer, and in the early days of my mixing career I spent far too long honing drum sounds. It's not laziness, exactly, but overcoming such inclinations can require a special effort.

If you take only one thing from this article, I suggest it should be what all five engineers said about monitoring levels. Tony Hoffer tends to mix "very, very quiet. Quieter than the level of a normal conversation! When I do my first automation pass on the vocal, I'll actually turn things up a little bit more, but it's still somewhat quiet." Boe Weaver concurred: "We are fans of the old school! Having a listen through very quiet [Yamaha] NS10s still works for us." Julian Kindred mixes quiet, but also stressed the importance of taking breaks and referencing: "Once I have a static balance to the mix (no automation) I go low-level and take regular breaks. I also like to use reference material at this stage." Romesh Dodangoda mentioned breaks too: "When the mix is 95 percent complete, I'll take a break and then monitor quietly to make sure the vocal isn't too quiet and that no frequencies are pushed too much." 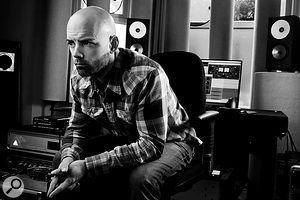 Jack RustonJack Ruston: "What can sound a bit uncomfortable under the microscope of studio monitoring distills down into a presence when played back in other environments.

Jack Ruston chose to discuss how the mix will translate on modern playback systems, particularly those featuring some sort of bass enhancement: "I will check on the Sonos [Bluetooth speaker] whether the bottom end content is going to be too much. Too much bass can easily tread on the vocal and can easily become too dominant overall." He also pointed out that, "We need to be aware of anything that has high levels of sustained energy, as it can cause any bus compression or final limiting to suffocate the vocal."

Digging a little deeper into monitoring, most engineers mentioned using multiple sets of speakers, and secondary models included usual suspects like NS10s, ProAc Studio 100s and Auratones. Boe Weaver and Jack Ruston, though, are enthusiastic users of more modern Amphion speakers, and I know at least two of the engineers are, like me, regular users of Sonarworks' Reference room-correction software. Romesh Dodangoda was particularly enthusiastic about this: "I think it helps massively to judge how well a vocal is sitting and what frequencies might be problematic."

In my own work, I find it helps to take a short break before switching over to anything other than my main monitors/headphones (I can otherwise find it more disorientating than revealing) so I wanted to know if the other engineers had regular routines to fine-tune a vocal balance on multiple speakers — and what they're listening for.

Tony Hoffer explained that he doesn't "really have a routine of sorts for switching between my speakers. I know them all so well that I kind of know what to expect when I switch. I'm listening to see if any oddities jump out with the balance, making sure mid-range elements, like the vocals and snare, are coming through, and that the low-end elements are still speaking nicely on smaller speakers."

Julian Kindred said he performs "the majority of the mix work listening to my main speakers, but once I feel like it's hitting and near the vision I had for it in my head, I'll start bouncing around between another pair of speakers, a Sonos 3 and my phone. All three alternatives are very instructive because they'll interpret the 'stereo width to centre focus' relationship of a mix differently, and that really clarifies my perspective when finessing the impact and presence of the vocals."