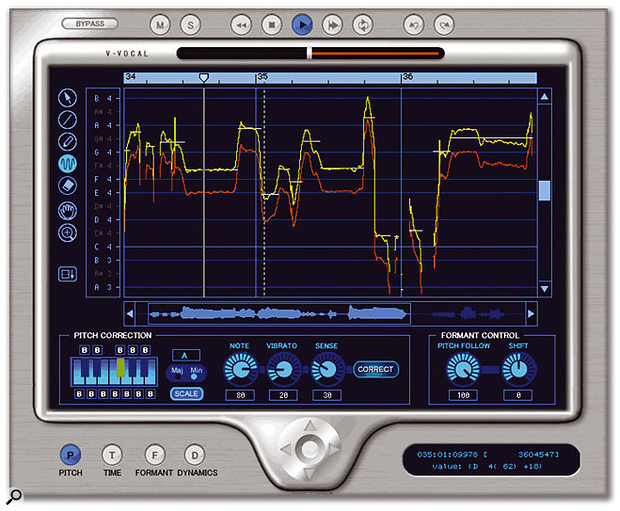 When the version number's most significant digit increments, you know something big is going to happen...

Sonar's 'update odometer' has just flipped over from 4.0.3 to 5.0. Whatever happened to those '.1' and '.2' updates? Let's just say that what I've seen at a special preview of Sonar 5 justifies the jump. There's a lot to investigate — more than I can fit in one Sonar Notes — so I'll cover what I can and carry on next month.

Sonar 5 retains the Producer/Studio version division, and either package includes two versions of the program on the same distribution media, one with native 32-bit and one with native 64-bit operation. Based on what I've seen floating around the web, there are a lot of misconceptions about what this means, so first, let's address bits.

Both new Sonar versions use a 64-bit data path from input to output, and all calculations are done in 64-bit floating point. Sonar isn't the first program to use a true 64-bit data path; iZotope's Ozone plug-in, for example, implemented this some time ago. However, it does not require a 64-bit operating system to work. It simply means that audio, regardless of its original resolution, is calculated with 64-bit floating point precision. This applies to all branches of the signal path — tracks, busses, effects and so on — not just the summing buss.

For those who feel that 'something funny' happens when digital signals are summed, this should settle the issue. It's true that the lower the resolution, the greater the odds of round-off errors accumulating. This was very audible with 16-bit systems, and some would argue that 32-bit floating-point and 48-bit fixed calculations also degraded the sound, albeit subtly. However, it's hard to imagine that argument being made for 64-bit floating-point systems. We're talking huge amounts of resolution, where any round-off errors are more of a theoretical than a practical reality.

But if both the 32- and 64-bit versions use 64-bit maths, why bother upgrading to Windows x64 and a 64-bit capable processor? The answer lies in the ability to address 128GB of physical RAM, and some performance gains. As mentioned in a previous Sonar Notes, the extra RAM gives advantages regarding streaming huge samples and recording into RAM, while the ability to use longer word lengths yields performance increases of 10 to 30 percent.

However, there's a major stumbling block with a true 64-bit operating system: the plug-ins and other system elements must all be 64-bit as well. Or must they? Actually, Sonar 5 employs a clever technology called Bit Bridge, which allows the hosting of 32-bit VST plug-ins in a 64-bit environment. Yes, even "the most obscure independently developed shareware programs" (a quote from the Sonar press information) can run on your 64-bit computer. That's a pretty good thing, because the VST spec has not yet caught up with 64 bits. On the other hand, DX and DXi, being part of the Microsoft OS, are inherently ready for 64-bit operation.

Incidentally, most new computers have 64-bit capable chips; they just haven't had anything to flex their muscles on yet. With the official release of Windows x64 and Sonar 5, the latest processors can be used to full advantage. The fact that you don't have to give up your older plug-ins is great. But note that Cakewalk have already started porting their plug-ins over to 64-bit operation, starting with the Sonitus line.

Sonar 5 offers REX file support, and its REX file player makes it easy to drag the accompanying MIDI sequence into the track view so that you can modify the sequence, transpose it, copy it and so on. We'll take a look at the new version's improvements to the MIDI side of the program next month.

Sonar 5 now offers native VST support — no wrapper required. The VST configuration menu still looks very much like the old VST-DX adaptor, but what's going on 'under the hood' is quite different. Also, unlike other programs that take forever to boot up as they scan the VST plug-ins folder, Sonar 5 apparently has some kind of routine that re-scans only if it detects a change in the status of installed plug-ins. Very sensible.

Another big Sonar 5 feature is the incorporation of Roland's Variphrase audio technology into a plug-in called V-Voice (see above). This plug-in renders audio malleable in many ways. You can detect and then modify the pitch of entire sections of audio or selected notes, constrain audio to particular notes, vary the formant independently of pitch and amplitude, add vibrato (either manually or via an LFO) and create dynamics where none previously existed.

You can also stretch pieces of audio temporally, in a similar way to Live 's 'elastic audio' feature, by clicking on a section and dragging it left to shorten or right to lengthen. Best of all, the sound quality is remarkably free of nasty artifacts, even with significant amounts of stretching. It's primarily intended as an effect for voice and pitch correction, but V-Voice also works well with drums, lead guitar, bass and other monophonic instruments. It's suitable, too, for creative sound design with polyphonic instruments, and even program material. This is something you have to hear to believe, as it opens up both realistic and off-the-wall sonic options. I bet some people will upgrade just for this feature.