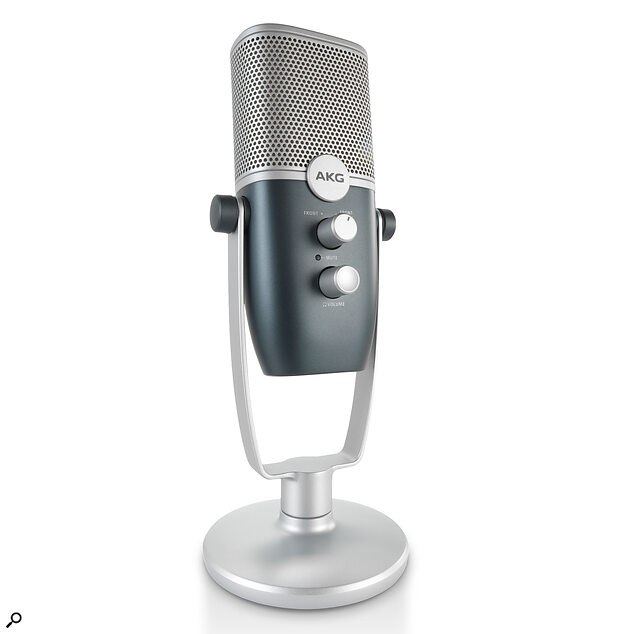 AKG have released a nifty new USB microphone, called the Ara. A self-contained recording solution, the Ara incorporates the mic itself, a headphone amp (with volume control), and a desktop stand. It is capable of recording at up to 24-bit/96kHz, and connects to computers via USB-C.

Unusually for such a mic, the Ara offers a choice of two polar patterns: cardioid, for recording a single source/speaker, and omnidirectional, which AKG recommend for recording multiple speakers/performers.

The AKG Ara is due to go on sale later this month, and carries a price of £99 in the UK.