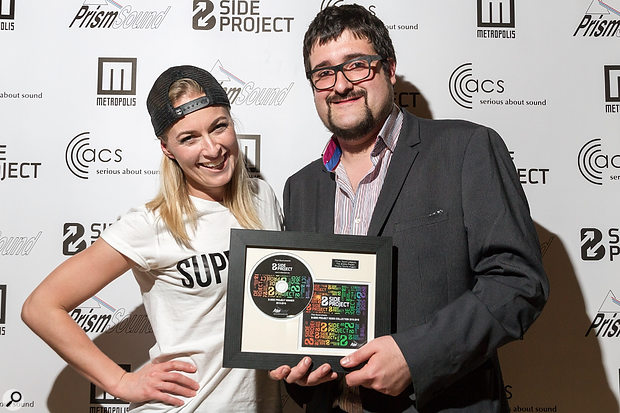 B-Side Project, the renowned, global remix contest in association with Prism Sound, will reach its climax on Thursday 1st December with an annual awards ceremony held at the prestigious Metropolis Studios in West London. The evening will see winners in categories such as Best Arrangement and Best Remix Production, take home awards — including an entire studio worth over £15,000 — presented by heavyweight B-Side judges, La Roux, Nu:Tone, Roni Size, and Utah Saints. A number of special performances are in store on the night, and with a live stream via www.prismsound.com/livestream, people everywhere can watch as the next generation of musicians and remix producers are recognised for their exceptional talents.

Although registration for this year has now closed, here's a video explaining the project.

At the awards ceremony from 7pm – 10:30pm (GMT) on 1st December, music industry professionals will come from all over the country to find out who will be crowned future stars as unearthed by the B-Side Project. The evening will be hosted by UK live hip hop act Too Many T’s and the whole show will be rounded off with a high-energy DJ set from B-Side judge and Superfoxx founder, Krystal Roxx. 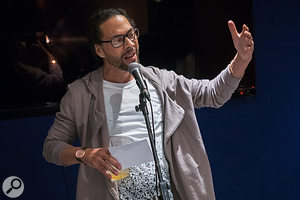 Roni Size, pictured at the B-Side Project awards ceremony in 2015, will return this year.Over 10 awards will be presented to the best in class, each receiving prizes from B-Side Project sponsors including Prism Sound and Amphion Loudspeakers. Categories include: Most Imaginative Remix, Best Arrangement, Most Innovative Remix presented by Roli, Best Female Remix Producer sponsored by Superfoxx (new for 2016), the Best Top 9 remixes, and the ultimate award, Best Remix Production presented by Prism Sound.

Winner of the Best Remix Production will take home an entire studio worth over £15,000, including a Prism Sound Lyra Pro Audio Interface, a pair of Amphion Loudspeakers One15 Studio Monitors, Studio Package One acoustic panels from GIK Acoustics, mic and headphones from Audio-Technica, a Seaboard Rise from Roli, custom-made ear protection from ACS, software from IK Multimedia and more! The original artist of the winning remix will also be given some top equipment.

The winning producer will also be invited to watch their track being mastered at the legendary Metropolis Studios in London.

More awards and prizes are up for grabs in the Public Choice Award. The top 10 remixes as chosen by members of the public, will go on to be digitally released as a double album (original and remix tracks) through B-Side Recordings in early 2017, and each artist will also be offered a single track publishing deal from Metropolis Music Publishing. Public votes can be cast from Wednesday 16 November at www.b-sideproject.org/vote

The awards ceremony is invite only for participating musicians, producers, sponsors, and partners, however members of the public can get involved by tuning into the 3-hour live stream from 7:30pm (GMT) at www.prismsound.com/livestream. There are very limited spaces available for music industry professionals to attend, which can be enquired about at info@b-sideproject.org.