The Awards mark the culmination of a year-long project to promote new artists, merge music genres and provide additional platforms for live and electronic music productions.

600 musicians and producers from 60 different countries registered for the competition, with 45 musicians and 225 producers shortlisted. The producers were given randomly allocated tracks from the shortlist and asked to remix them in their own style. 120 producers completed the task before the closing deadline and their work was adjudicated by a panel of judges that included Shadowchild, Roni Size, Utah Saints, Claudio Passavanti, Nu:Tone, Clean Bandit, Talvin Singh, Cut La Rock, Estelle Rubio and many more. 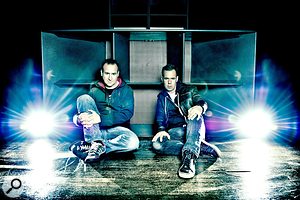 Utah Saints are among the judges for this year's B-Side Project remix contest.The Award winners — both musicians and producers — will be revealed on February 1st and the top ten remixes (plus original tracks) will be announced. These will be digitally released on the B-Side Recordings/Rocstar 2018 compilation album, which will be distributed through Republic of Music. Award winner’s prizes include pro studio equipment from Prism Sound and fellow sponsors Genelec, Shure and ACS Custom, plus many more.

“The plethora of amazing musical talent that has come through the project for the 2017-2018 international phase has been truly remarkable and our judges have had a very difficult time choosing the winners,” says B-Side Project founder Yvette Chivers. “At this year’s Awards ceremony we are very lucky to have the amazing Eddy Temple Morris hosting the event, with a special live performance from Garfield Mayor and his B-Side Band, plus exclusive DJ sets from Verity Luke and Cut La Roc.” 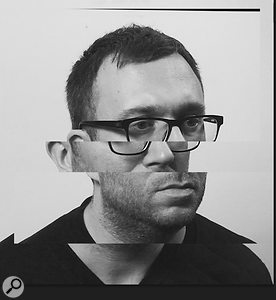 Dance music producer Shadow Child was also among the judges for the B-Side Project. Graham Boswell, Prism Sound’s Director of Sales and Marketing, adds: “This is a fantastic project and we’re delighted to sponsor it. Today’s remixers and producers are even more conscious of sound quality and that is something that we, at Prism Sound, strive for in all our products. This makes the B-Side Project a perfect fit.”

The Public Choice remix will also be announced during the event and there is still time to influence this decision as voting doesn’t close until January 21st. To take part please listen to the shortlist tracks and cast your vote on SoundCloud.

B-Side Project’s Remix Awards are an invitation-only event but the ceremony and after party will be streamed live on Facebook at this link: https://www.facebook.com/events/146279326030929/

Everything You Wanted To Know About Studio Headphones.
4 weeks 15 hours ago.