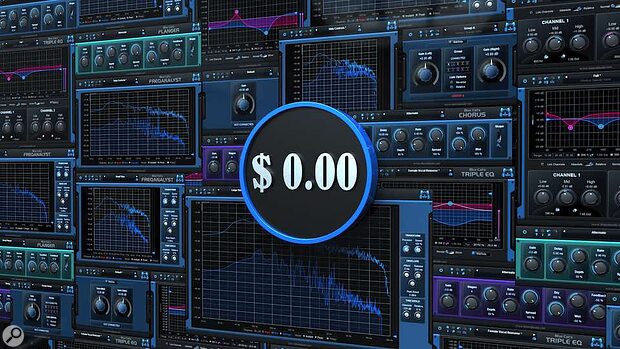 All seven plug-ins included in the bundle have gained an option in their global and preset input settings which allows them to send MIDI events when MIDI-enabled parameters are modified within the plug-in, allowing connected control surfaces to be updated accordingly and display the new settings. Improvements have also been made to each plug-in’s undo management, as well as enhancements to automation when using a mouse wheel to move controls.

Some fixes have also been implemented, with improvements to parameter value display in some host applications when using VST versions, and a fix for parameter update issues that would occur in some hosts when using the VST3 versions. Mac installers and plug-ins have been updated to avoid security warnings when used on macOS Catalina and newer, and a user interface display issue in some versions of macOS 10.9 has been resolved.

Blue Cat's Chorus, Flanger, Phaser, FreqAnalyst, Gain Suite, Triple EQ and Free Amp are available separately, or all together as part of the Blue Cat’s Freeware Pack II bundle. They are available for both Windows and Mac platforms in the AAX, AU, VST and VST3 formats, for both 32 and 64-bit architectures. They are completely free, with no registration, dongle or mailing list subscription required, and can be downloaded directly from the Blue Cat Audio Website.

The latest version of all plug-ins included in the bundle is available now, as a free download from the product page on the Blue Cat Audio website.