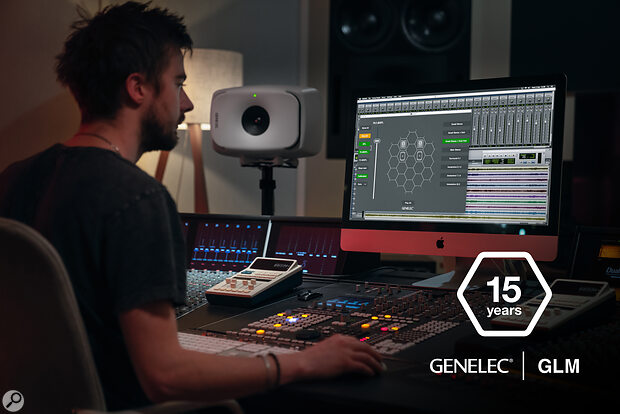 The Genelec Loudspeaker Management system, or GLM, is the software front-end for the powerful DSP found in the company's Smart Active Monitor (SAM) series. Using the Genelec reference microphone kit, users of Genelec SAM speakers can precisely tune their frequency response to their room's acoustics, personalising the sound if needed, and even calibrate them to the precise SPL requirements of different industries such as film, broadcast and gaming.

Incredibly, the GLM system has just turned 15 years old, and for its birthday, the Finnish speaker gurus have given it a significant point-one update. GLM version 4.1 introduces a 'next-generation' room calibration algorithm, called AutoCal 2, which Genelec say delivers “a more precise frequency response in a fraction of the time” compared to previous versions.

The faster calibration time is touted as a boon for mobile engineers who find themselves regularly working in different spaces, while the cloud-based GLM profile storage introduced in version 4.0 means engineers need only tune a set of Genelec speakers once per room.

In addition, we're told that GLM 4.1 is also better able to cope with acoustically lively spaces than before, and can even handle 'ultra-nearfield' speaker placement of just half a metre from the listener (a feat made possible by coaxial speaker designs such as Genelec's The One series of monitors).

Other new features include more EQ filters, a new 'Solo-X' mode for faster soloing of monitors in Atmos and other immersive setups, and the addition of French, Italian and Portuguese language options.

GLM 4.1 is available now, and is free to owners of Genelec Smart Active Monitors.