How much do Game Audio Professionals really make? Skip to main content

How much do Game Audio Professionals really make? 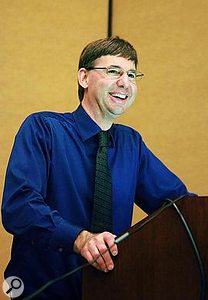 Brian SchmidtBrian Schmidt, Executive Director of GameSoundCon, the company behind the annual GameSoundCon Conferences (the 10th conference coming to Los Angeles on Oct 7 – 8), was more than surprised when he saw the high income number for video game music jobs reported in the Gamasutra 2014 Game Industry Salary Survey.

Schmidt decided to dig a little deeper and conducted a more comprehensive survey among composers, sound designers, audio directors and others involved in writing music and/or sound content for video games. The goal was to get a survey that reflected a more realistic picture based on a larger response rate and by including the freelancer segment. The Gamasutra report relied on only 33 respondents, all of them in salaried positions. Sound designers working for hire and freelancers, which are considerable in numbers, were not included but are now reflected in the new GameSoundCon report.

GameSoundCon received over 500 responses to questions related to “Compensation”, “Work and Environment”, “Additional Compensation”, “Use of Live Musicians & Middleware”, and “contract terms”. They divvied up the industry into large budget games (well-funded, PC or console, avail in retail and online), professionally produced casual games (smaller budget but professionally produced and marketed), and independent games (self-financed, such as Kickstarter projects, etc).

“It’s hard to define our industry”, says Brian Schmidt of GameSoundCon, “It is impossible to draw a sharp line between the categories. Nevertheless, we believe it serves as a useful distinction so that we’re not comparing the compensation from a blockbuster like Call of Duty with that of a part‐time, 2‐person development company making an iPhone game in their basement.”

Work for hire versus employment

The results of the GameSoundCon report portray important findings for working professionals in the game industry: Employed game audio professionals make an average of $70,500 per year, have been in the industry about 8 years and worked on an average of 3.8 games in the past year. Audio Directors who generally are responsible for both creative vision as well as project management make up to $100K and more per year.

When it came to “Work for Hire”, meaning buy-outs where sound designers were paid an agreed fee and gave up all rights to their creation, the average project fee was just under $30K and the average number of games was closer to 5 games per year. The disparity between large-budget and independent/casual projects was significant with former averaging more than $76K per project and less than $10k for the latter.

Wide variety in fees when freelancers retained rights to the music

If the video game composer retained rights to his or her music (whereas female video game sound designers are few and far between, only 4% of all surveyed), the highest project fee was $40,000, but the average resulted under $5000 due to the fact that the large majority of such projects was paid less than $250 per project.

Additional compensation, such as per unit royalties, additional payments per SKU (porting the same game to another platform) and soundtrack clauses are very rare.

In regards to how the music for games is produced, the GameSoundCon survey found that most game music is performed by the video game composer alone, and over 70% of music was delivered either as completely virtual (41%) or as virtual with any real instruments played by the composer personally (29%). Even for professionally developed, large budget games, only 46% of music was predominantly performed by live musicians or hybrid with 5 or more live musicians. That leaves 54% of large budget games compositions as mostly virtual.Giving up your rights…

The contracts common in the industry vary by project scale. 95% of music for large‐budget games is created under Work for Hire, either by a company employee or as a freelance game composer working under a Work for Hire contract. Only 3% worked as a freelancer and licensed their music to large-budget games. Small game companies are somewhat more likely to let composers keep their music rights. Although 72% of casual or indy games are done as Work for Hire, more than 1 in 5 (22%) composers licensed their music for their project, keeping publishing rights. That number drops to 12% when looking at professionally produced small-scale games. The bottom line is that most composers are paid “up front” and give up the possibility for future compensation based on the success of the game. (Check this)

Yes, you can make a living!

The survey confirms what many working sound designers have experienced when landing a gig, both with a large production or a small indy company. Competition is fierce, and in order to make an income with music creation alone means working on many smaller projects until your reputation generates demand for your skills with large budget companies. The good news is: Yes, you can make a decent or even a considerable income as a game sound designer.

Details, graphs, and remarks on the statistical validity of the GameSoundCon survey can be found in the complete downloadable PDF at GameSoundCon.com.

As an extra bonus, you can get $100 off entry to the GameSoundCon Conferece, along with a chance to win EastWest's Complete Composers Collection Pro 2. Just follow this link: http://goo.gl/ciLPSS