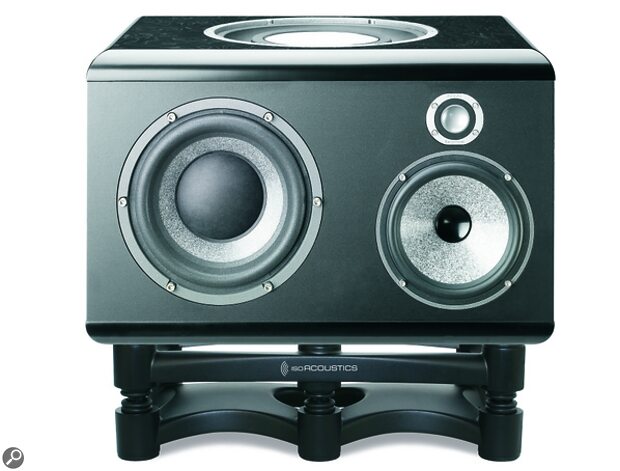 “IsoAcoustics has long been focused on developing products which allow professionals the ability to bring out the very best in their sound system” says IsoAcoustics Founder Dave Morrison. The ISO L8R430 extends their range of vibration-isolating speaker stands to accommodate larger speakers such as bigger studio monitors and guitar and bass amp with weights up to 100lbs/45kgs. The stand is 17 inches wide and nine inches deep and offers a range of tilt options.

IsoAcoustics claim the patented technology inside the ISO L8R430 allows the speakers to literally float in free space, improving clarity of sound, better isolation and a tightening of bass, while keeping all movement on the same axis as the speaker cone.

For more from IsoAcoustics, read on:

Press Release: IsoAcoustics announces the availability of the new ISO-L8R430 Stand, a member of the award-winning, patented IsoAcoustics stand family, which is designed to support large speakers and studio monitors in both the professional and project studio environment. 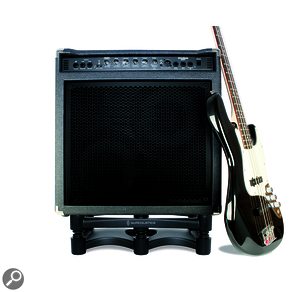 IsoAcoustics ISO L8R430 supporting bass ampWhen speakers are positioned directly on a desk, console or standard speaker stand, sound transmission through the supporting furniture and into the floor tends to reduce definition at all frequencies. The ISO-L8R430 IsoAcoustics Stands’ decouples the speakers from the supporting structure and eliminates sound transmission, significantly improving definition and overall imaging. The IsoAcoustics patented isolation technology allows the speakers to literally float in free space, resulting in the elimination of energy transfer to the surrounding surfaces. The result is markedly enhanced sound clarity, superior isolation and tightening up of the bass and the opening up of mid-range, while maintaining all movement on-axis.

““IsoAcoustics has long been focused on developing products which allow professionals the ability to bring out the very best in their sound system,” says IsoAcoustics Founder Dave Morrison. “We are tremendously excited to offer the new ISO-L8R430 stands to the recording community, giving professional and project studios the ability to bring out the best in their large speakers and studio monitors.”

Measuring 17” in width and 9” in depth, the ISO-L8R430 stands offer a variety of tilt adjustments, and are designed to support large studio monitors of 100 pounds. They are available at retailers throughout the U.S., Canada and many other countries worldwide.