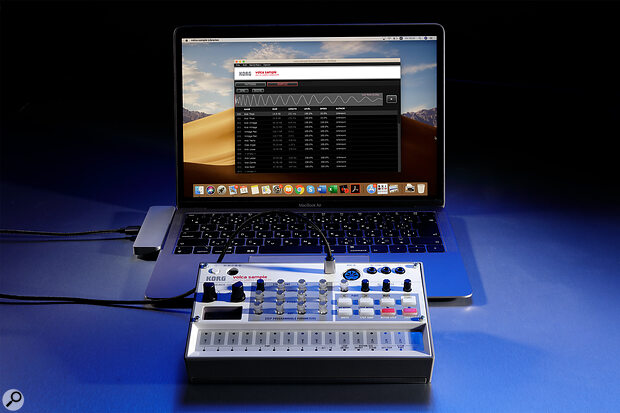 Korg's Volca series have a well-earned reputation for cramming a lot of features into a small, fun package, with the Volca Sample being perhaps the most fun of them all. Now the Japanese synth giants have released an updated version, which keeps the core functionality while adding a few neat extra features.

Most notably, a mini USB port has been added to the top panel, and this allows you to connect it directly to a computer for use with the (also new) Mac/PC librarian software. Since the process of getting samples into the original was a fairly laborious affair (and one of its few frustrating aspects), this is a welcome update indeed.

Other additions include a new Pattern Chain mode, an increase in the number of Pattern locations (up to 16 from the original's 10), and a Start Delay feature, which lets you delay the onset of a step, allowing you to programme swings and jaunty rhythms.

The number of sample slots has also doubled to 200, and it now ships with 150 factory samples (though as on the original, these can be replaced with your own).

Finally, each sample/part can be assigned its own MIDI channel, which means you can set up complex controller schemes using multiple MIDI keyboards, drum pads and so on.

The new Korg Volca is set to ship from September, and carries a tantalising price tag of just £159.