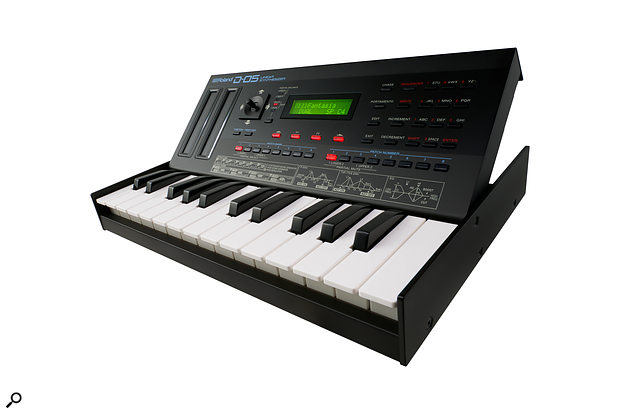 The sound of the Roland D-50 was a staple of the late 1980s, famously appearing in the intro to Michael Jackson’s ‘Man In The Mirror’ as well as a large portion of Jean Michel-Jarre’s Revolutions album and was used by Enya, Eric Clapton, Vangelis and more. Released 30 years ago, it was very much a competitor to the iconic Yamaha DX7, and now Roland have announced that they’re bringing it back with their miniature Boutique format. The D-05 Linear Synthesizer is a compact reproduction of Roland’s D-50 Linear Synthesizer, the company's very first all-digital synthesizer. The module makes use of Roland’s brand new Digital Circuit Behavior (DCB) technology — as opposed to the company’s much-used Analogue Circuit Behaviour (ACB) — for its sound generator. It also uses the exact PCM attack and loop samples that were so vital to the D-50 sound.

Th original D-50 was powered by the revolutionary Linear Arithmetic (LA) Synthesis engine, the instrument’s unique mix of sampled attacks and synthesized sustaining waveforms — plus built-in chorus, reverb/delay, and EQ for studio-quality polish — made it a must-have synth for musicians around the world. 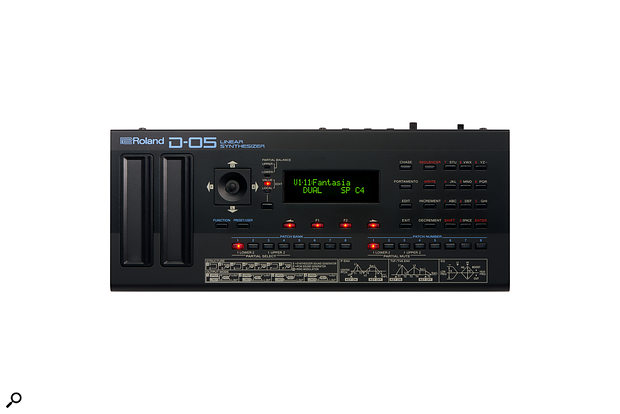 The user interface will be familiar to D-50 users and even features the all-important D-50 joystick, allowing users to smoothly morph between different mixes of Upper and Lower Tones in real time.

Like all Roland Boutique modules, the D-05 runs on USB bus power or batteries, and functions as a USB audio/MIDI interface for performing and producing with a computer. It also includes a built-in speaker for monitoring in mobile situations. It will also clip into the optional K-25m Keyboard Unit, to become an all-in-one synth with 25 velocity-sensitive keys.