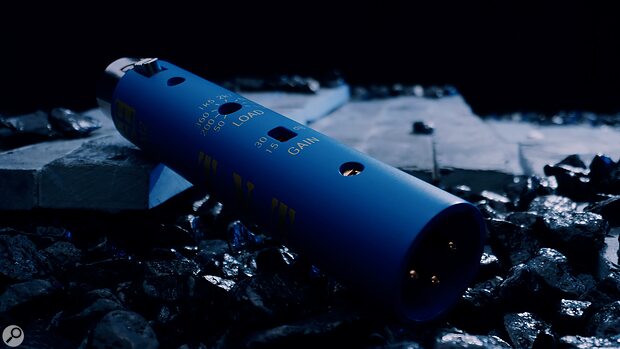 Back in 2019, sE Electronics released their take on the in-line preamp format, the DM1 Dynamite. In our review that same year, we found it offered exemplary technical performance, and truly lived up to the idea of adding 'free' gain to low-output passive microphones.

Now they've released a sequel, the DM2 TNT, and it's based around the same premise but adds some very useful extra features. Users can now choose between either 15 or 30 dB of gain (the DM1 only offered a single +28dB option), and there's also a choice of eight different input impedance options, ranging from 50Ω to 10MΩ. These settings should offer a wide range of tones when used with impedance-sensitive passive mics, such as vintage ribbons and dynamics.

As before, the DM2 is built into a cylindrical case that's little bigger than an XLR shell, and derives its gain boost from a standard 48V phantom power supply. It's available to buy now, and priced at $159 in the States or €139 in Europe.