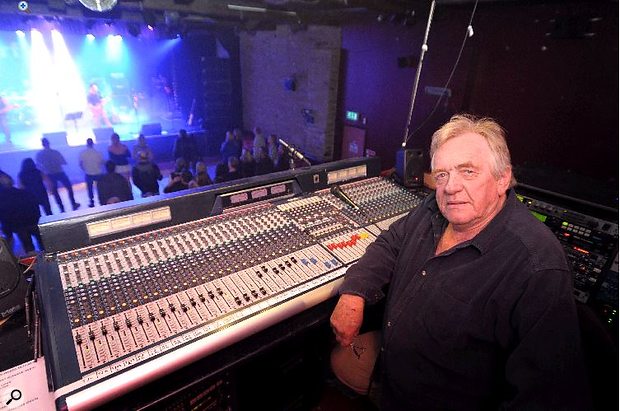 The sound community lost a legendary figure on 24th May 2017, when Stephen Court died from complications after falling from a ladder at his home.

Stephen initially worked in broadcasting before moving to Advision Studios/Feldon Audio in the 1960s. His passion for loudspeaker design started there, and he went on to found Court Acoustics in the mid-1970s. Top studios of the era all had Court monitors: Abbey Road, Brit Row, The Mill, Trident, and many more. His association with Brit Row and Pink Floyd drove his designs into the live sound space and included many ambitious multi-speaker installations like ‘The Wall’ at Earls Court.

Some readers may be more familiar with the Court name through his Sound Check test-CDs produced with Alan Parsons, which have been a boon to many studio owners, large and small. Latterly, Stephen and his wife Angela ran Tavistock Wharf, a very popular and loud local entertainment venue in Devon, UK. And recently Stephen had been perfecting a new studio monitor reminiscent of the ‘Sound of the Seventies’. The SN70 had already been demonstrated at British Grove and Real World and garnered favourable reviews.

Never one to be conventional, Stephen arrived at an APRS show in the '80s with a standard lamp and a winged armchair. ‘Chairman’, as this novel speaker system was called, featured stereo speakers in the chair’s wings and a huge subwoofer under the seat! It was way ahead of its time, but it showed his creativity. His renowned sense of humour and numerous anecdotes will be sorely missed. Christopher Hollebone