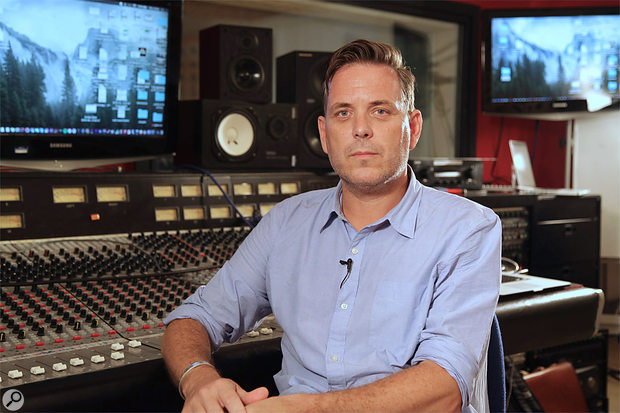 Back in September, producer/vocalist Jason Perry spoke to Music and Music Production students at Guildford’s Academy Of Contemporary Music (ACM) about his career in the music industry. We also put some questions to him while he was there — see his responses in the video below.

The session, hosted by ACM Production tutor John Gallen, focused on Jason’s career, his advice for the next generation and included a case study about taking a demo from the start of the process through to the finished production.

“It was fantastic to have such a passionate guy in to speak to our students. Jason has had an amazing career so far in this industry and it was great to have him pass on all his tips and tricks to our students.” — John Gallen, Production Tutor, ACM

Jason began the class with an overview of his life in music. He spoke about how it was The Jam that first sparked his interest in music at age 11, and how he got his first record deal at 27 with A.

Prior to achieving his dream of getting signed, Jason told the students how he rented a studio space in Shoreditch for just £50 per month where he started in the production world making records with 18 Wheeler.

When asked about how his background as an artist influences his production style, Jason told students how it was vital to get the product (the music) right and then everything else will come to you. He said that in his sessions he worries about the production element last, as getting the band comfortable so that ‘magic’ can happen is the most integral part. When asked about where his passion comes from, Jason revealed that he prefers to hear music he has produced live in a stadium rather than on the finished record. He also revealed that his favourite writing trick was to have an instrumental section that follows the vocal melody.

Throughout the class, Jason shared production tips with students, such as putting a snare through a distorted amp to create a huge sound, and how his favourite plugin at the moment is the Devil-Loc Pro.

When sharing his best industry stories, Jason told students that he had his first ideas for the ‘Star Girl’ McFly track when he was in the bath. They then recorded the whole song, but the band made a sudden decision to re-record all of the lyrics with new ones right at the very end, which they sorted in just one hour.

As the masterclass drew to a close, many students chose to stay back and ask Jason more questions, which he happily answered, ensuring every student left with the information they needed.

If you want to get all the insider tips to kick start your career, book a place on an ACM Open Day now.