Warm Audio take on the U67 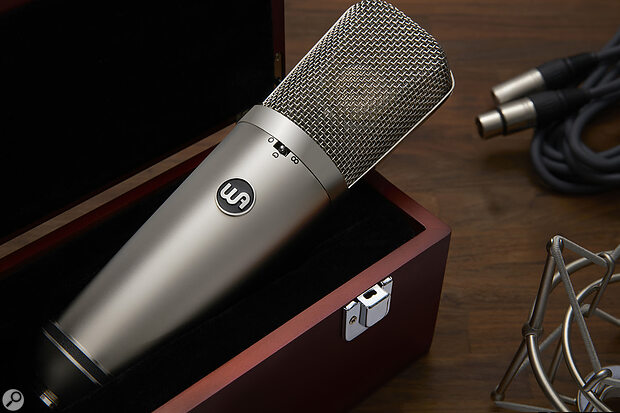 Warm Audio have considerable expertise in producing vintage-inspired gear at affordable prices, and for their latest product they've targeted the venerable Neumann U67. Designed in 1960, the U67 employed a Telefunken EF86 pentode valve (wired as a triode), and sported a then brand-new dual-diaphragm capsule design called the K870/67. This capsule allowed Neumann to offer the three most common polar patterns — cardioid, omni and fig-8 — in a single microphone for the first time. 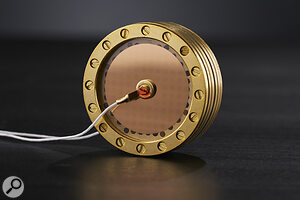 Warm Audio's WA-67 employs a capsule fashioned very much like that of its inspiration, down to the use of brass for both the housing and the ring, its gold-sputtered polyester diaphragms, and even the pattern of holes drilled in the capsule backplate. Internally, it uses the same EF86 valve as the Neumann, and it offers the same polar-pattern-selection scheme as the original too.

The new microphone ships in a wooden box, along with a shockmount, a standard stand mount, a power supply, and a 7-pin XLR cable made by Gotham Audio, and is set to sell for €1099 including VAT.

We'll be bringing you an in-depth review in an upcoming issue of Sound On Sound.