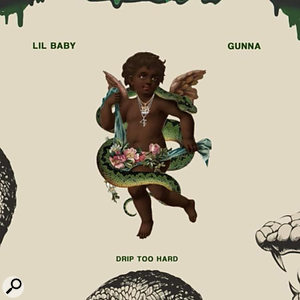 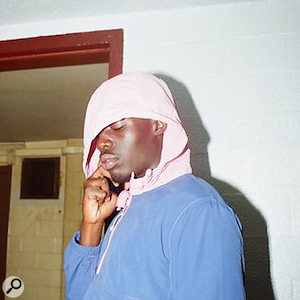 I confess that I'm fed up to the back teeth with hip-hop's blanket abuse of vocal Auto‑Tune, a technique which I trust history will smile on as kindly as it has the gated reverb of the '80s. Still, some producers are alleviating the tedium a fraction by tweaking the formula. For example, in 'Drip Too Hard' it sounds like the default chromatic setting has been replaced with something like an A pentatonic scale, which catches the ear by adding an appealingly musical scalar quality to the fall-offs at the ends of many of the vocal phrases.

In 'Mo Bamba', on the other hand, the novelty is the way the vocal melody, for the most part T‑Pained into submission, audibly struggles against the Auto-Tune stranglehold at critical moments. For example, many of the E notes are allowed to start off sharp for a fraction of a second before being dragged back into place, almost as if he's singing so forcefully that he's overpowering the processor's correction. (Check out the word "dope" at 0:19 for a particularly strong example.) Elsewhere, there are moments where the correction is clearly mistracking in response to underlying pitch variations in the raw recording, for example "you fuck around and get poled" at 0:49. Bizarrely, this seems to operate almost as a mark of performance authenticity, which might seem rather counterintuitive, given that heavy Auto‑Tune is now so strongly connected with general turd-polishing. However, because Sheck Wes has left in such obvious pitch vagaries here, he's basically sending the message: "I'm using Auto‑Tune for its sound, not because I'm knee-deep in studio fakery!" And I'll concede that there is a certain swagger in that. (Whether it's actually true, of course, remains a moot point...) Mike Senior 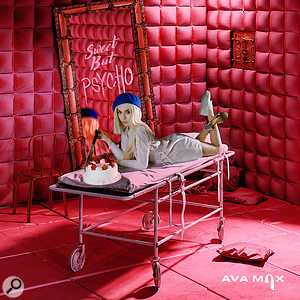 I'm rather partial to a nice bass dive-bomb, so this production immediately endeared itself to me with the fall-off at 0:17, where the bass pretty much plummets out of the audible band. Even better, it's an integral part of the verse pattern, rather than just a fill, although I did feel just a smidgen nonplussed when it disappeared entirely for the choruses. Still, another low-end rarity soon cheered me up: the lovely little kick-drum roll into the downbeat at 1:17.

The other thing that struck me in this production is how often the vocals do a kind of stereo call-and-response thing, where a central vocal is sporadically joined by wide-panned double-tracks. For example, right from the outset every fourth bar of the main hook section (ie. the trailing "m-m-m-m-m-mine") is widened in this way, a rhythm that changes to every second bar in the verse (0:16), and to the first half of every bar in the pre-chorus (0:30). This is pure ear-candy, in the sense that the width-changes hardly seem to relate to the sense of the lyric (beyond being "a little bit psycho", I suppose), but it's no less appealing for that. Mike Senior 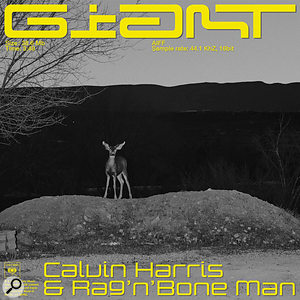 Finally! I've been waiting for some big hitter in the EDM community to take advantage of Rag'n'Bone Man's extraordinary vocal timbre, and it only adds to my respect for Calvin Harris (of whom I've long been a fan) that he's the one who's stepped up to the plate. And, as I'd hoped, the producer shines plenty of spotlight on his star vocal, during both the verses (0:01 and 1:18) and the breakdown (2:45). Part of me does wish he'd resisted the urge to layer the vocal so heavily elsewhere, though, as this inevitably homogenises the sound to an extent, obscuring some of the grimy details that feel so central to Rag'n'Bone Man's appeal, as I see it. Still, it's a testament to the character of this particular vocalist that so much passion and expression continues to be communicated nonetheless.

What's especially great about this production, though, is that Harris doesn't just sit back and bask in the radiance of his vocalist's unique talent, but instead delivers instrumental material that would arguably have been strong enough to carry the track without any help from a singer. That brass-stab hook at 1:03 is as fat as hell, and I love the way the notes aren't over-short — especially the fourth and fifth ones (both quarter notes), which have great rhythmic punctuation to them, but also enough duration to remain satisfyingly meaty. There are some other lovely nods to classical instrumentation too, for example the reverse piano leading into verse 2 and the cello and double-bass harmonies that follow it. Mike Senior 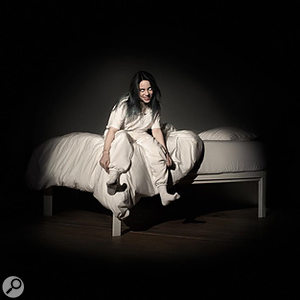 It was more than 20 years ago, but I still vividly remember walking into my local HMV and being stopped in my tracks by the sound of Fiona Apple's debut single 'Sleep To Dream' coming over the speakers. Since that occasion, no record has demanded quite such immediate attention from me and my wallet, and I'd assumed that was just to do with me becoming a jaded pensioner-in-waiting. But then I heard this single from 'Billie Eilish', and within five seconds the credit card was skipping from my pocket like a spring lamb! Honestly, I haven't heard such a fabulously arresting piece of new chart music for ages.

The vocal production is mind-boggling in the variety of vocal deliveries, as well as various cool spot-effects and layers. It's so densely detailed and inventive that it's hard to know what to single out for praise, but personal highlights include the spoken double-tracks at 0:30-0:40 and 1:34-1:44, which progressively increase in intensity; the many claustrophobically dry spoken phrases, such as "come here" (0:24) and "I wanna end me" (0:55); the backing vocals at 0:43, which are then reversed at 0:47; the ominous rattle in the male vocal timbre on "dead by now" (1:50), as well as the purring chorused female "wow" that follows it; and the subtle pitch-dropped layers under "what is it exactly" (0:27) and "what had you expected" (1:31).

Another thing that slays me is how well the rest of the production supports the vocal creepiness. The Foley and atmospheric effects are particularly rich, favourites of mine being the spooky door-hinge squeak at 1:53 and the unnerving dentist-drill whirr at 1:55. Is that a blade swishing through the air at 0:47? Cybernetic rats skittering across the stereo image at 1:05? Some hideous alien tearing through rusty metal at 1:48? A paranoid ringing in our ears at 0:55? The sound-design is so beautifully targeted, fastidiously nuanced, and restlessly mixed that the song comes across as much like a teaser-trailer to some kind of horror-game franchise as it does like a chart single — and I mean that as a compliment, given the extraordinarily high production values you'll frequently find in that part of the audio industry.

But, above all, the sheer bravado of the producers is breathtaking. At 0:57, for example, they deliver possibly the boldest six seconds of production I've ever heard in the charts. That silence between the two low-frequency tones seems like it goes on for ever! In fact, the way pockets of stasis are repeatedly used to generate unease is brilliant, much like those momentary breathless pauses that precede many a cinematic jump scare. In this respect, it's particularly cool that the very last phrase of the song "where do we go" (3:01) trails to silence just as it did at 0:21 and 1:25, leaving you unsure whether the song's actually finished, or whether another of those menacingly up-close male vocal phrases is still waiting to pounce...

Overall, despite the lyric's slightly worrying undertones of glamorising self-harm, I can't recommend this production highly enough to any student of modern production. The more you listen, the more you'll find to appreciate, which is pretty much the definition of great art, as far as I'm concerned. Not to be missed. Mike Senior

Classic Mix: Noel Harrison 'The Windmills Of Your Mind' (1968) 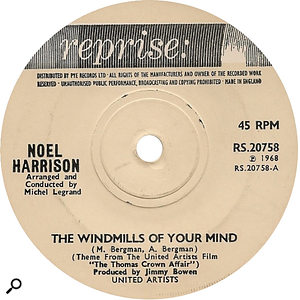 The recent sad passing of Michel Legrand drew me back to this Oscar-winning song (from his film score to The Thomas Crown Affair), which reminds me of something he once said in an interview: "I play with [music]. It's a game." The game in question appears to be whether he can out-do 'Autumn Leaves' for capitalising on falling cycles of fifths — a contest in which he triumphs convincingly, in my view!

One of the things that defines any song with a cycle of fifths is where and how it strays beyond the home key. Both songs initially work their way through all seven root notes tonally, though, within the prevailing minor tonality, giving (in Legrand's case) an Eb minor chord sequence of Ebm-Abm-Db-Gb-Cb-Fdim-Bb. But where 'Autumn Leaves' just resolves straight back to the tonic, 'Windmills' breaks the tonal cycle with a glorious diminished seventh chord on A (0:36), thereby intensifying the eventual Bb-Ebm resolution. But where 'Windmills' really sets itself apart is from "keys that jingle in your pocket" at 1:11, where Legrand begins working his way through another two complete cycles of falling fifths, but this time modulating as he goes, passing through Gb major (the relative major), Cb major (its subdominant), Bb minor (the dominant), Ab minor (the subdominant), and Gb major again, before finally allowing the Fdim chord at 1:39 to return us home to Eb minor.

One problem with using a long harmonic sequence as the basis for a song is that it encourages you to follow an overly repetitive melodic contour. Indeed, at first glance, 'Windmills' might appear to justify that criticism, but on closer scrutiny there are some nice features that mitigate it. The first is the way the 'pace' of the melody seems to double as the melody under the last four words of "and the world is like an apple whirling silently in space" is repeated for "like the circles that you find" and "in the windmills of your mind". And once the modulations get going, the melodic contour becomes much freer, culminating in "that the autumn leaves were turning to the colour of her hair", where those characteristic melodic leaps are finally abandoned to considerable emotional effect. (I can't help wondering whether that lyric's a sly wink to Joseph Kosma, too...)

I can't say I've ever warmed to Harrison's vocal performance, though, which feels slightly rushed and lacks real emotional attachment. Of course, given the success of the song, it can be difficult to imagine it any other way. (And the less said about Sting's easy-listening version for the film's 1999 remake the better.) But if you really want to hear this song performed with panache, check out Michel Legrand's own French-language version from 1969, 'Les Moulins De Mon Coeur', and marvel that such a talented pianist, composer, arranger, and conductor was also a tremendous singer. Mike Senior