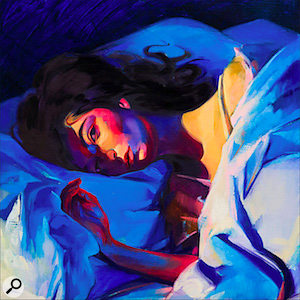 When Jack Antonoff discussed working with Lorde in SOS January 2018, he praised engineer Laura Sisk as the ‘unsung hero’ of his studio. He didn’t mention, though, that she’s also one of the most talented specialist vocal editors on the planet — and this production is, I suspect, a testament to the quality of her handiwork. I say ‘suspect’ because what she does is, by nature, designed to be inaudible. No lumpy crossfades, no stretching/shifting artifacts, no truncated breaths or background-noise blackouts. In short, nothing to undermine the illusion that Lorde delivered a perfect one-take wonder. But, as a long-time singer and vocal editor myself, my every instinct screams that this lead vocal has been masterfully and fastidiously comped, tuned, and timed, and I’d recommend any student of pop production to scrutinise it as a benchmark of engineering professionalism and musical sensibility.

In particular, Sisk demonstrates how the art of corrective editing is as much about what you leave untouched as about what you manipulate. For example, Lorde’s flawless tuning and timing haven’t been achieved by just nailing every moment of every note to the grid. Take the word “car” in the first line, for instance, where the pitch profile drifts first below then above the pitch grid by about 40 cents. If you loop this phrase and concentrate on this note, you can quickly fool yourself into thinking it needs to be tuned more tightly, whereas in context it’s actually fine. Enough of that note (and indeed those around it) is centred on the correct pitch to convince the punters that the singer’s fundamentally ‘in tune’, but the sense of authentic humanity in the residual pitch variations helps strengthen the listener’s emotional connection with the performance. The same goes for the timing. Check out “but I hear sounds in my mind” at 0:49, and notice how both “sounds” and “mind” drag a little, providing an appealing looseness and attitude, but because “but I hear” and “in my” track the groove more closely you can’t accuse Lorde of sounding out of time. Maybe she actually sang it this way, but either way I doubt it’s been left to chance any more than the super-humanly tight vocal layering at 0:34 or the lead part’s uncannily groove-locked breath placement.

Troubleshooting is only the start of Sisk’s magic, though, because she’s also talked about actively tweaking pitch and time to increase the emotional impact of performances. For example, many less sensitive engineers would have ironed out the tuning of the words “damn liar”, but the slight sharpness of “damn” and the slight flatness of “liar” actually enhance the bolshiness and drama of Lorde’s delivery. Likewise, there are plenty of moments where vibrato and other micro-level pitch inflections increase the emotional intensity of the lyrics: on the words “drinks” and “same” at 0:09-0:10 or the word “floor” at 0:46. Again, we’ll never know how much these specific instances owe to the sung or the unsung respectively, but I’d wager that Antonoff’s far from the only person indebted to Laura Sisk’s special brand of heroism. Mike Senior 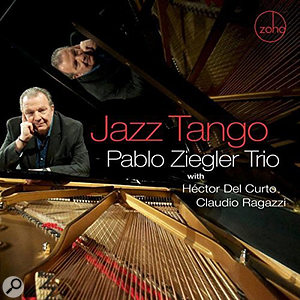 Amongst this year’s most deserving Grammy recipients were the Pablo Ziegler Trio, who scooped Best Latin Jazz Album for the exhilarating stylistic cross-pollination and virtuosic musicianship of their splendid record Jazz Tango. From a technical perspective, however, I’ll admit that it left me scratching me head for several reasons that are readily apparent on the number ‘Blues Porteno’. Firstly, the bandoneon miking picks up a lot of mechanical noise, something that felt quite distracting during its rather pensive solo in the second and third minutes. You might argue that this was the unavoidable result of super-close on-stage miking techniques (it’s a live concert album), or that the percussive presentation reflects the true role of the instrument in this style. But, frankly, I’d think you were making excuses.

The guitar’s uncontrolled low end puzzles me even more, as it frequently generates powerful sub-bass thuds. Being as charitable as I can be, these occasionally fulfil a rhythmic role (the fleeting backbeats at 2:38-2:48, say), but for the most part they make very little musical sense at all, adding a kind of faltering rumble beneath the texture at 3:44-3:50, for instance, or transforming the detailed solo line at 4:12-4:29 into something akin to a kick-drum solo! To be fair, piano pedal thump also contributes some of that troublesome sub-bass, although that’s less noticeable here than on other tracks such as ‘Milonga Del Adios’, which feature the instrument on its own. Otherwise, however, the piano tone feels bass-light — the strongly inharmonic low A notes at 5:16, for example, remind me rather too much of an upright rather than a grand. As a result the piano feels underpowered at the low end compared with the guitar, a balance that seems counter-intuitive to me when the pianist so often takes charge of the music’s bass line and when I’d naturally expect a piano to dominate in this respect acoustically. Now I realise that live recordings are often an exercise in compromise, but surely even if this record was made from straight-to-stereo front-of-house mixes (rather than by remixing a multitrack recording of the event) it would still have been possible to mitigate at least the low-end vagaries a little more at the mastering stage? Mike Senior 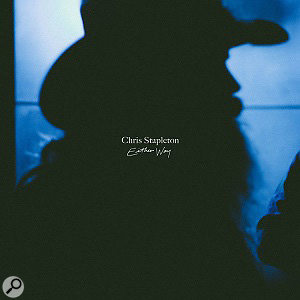 If you’d like a good reason why Justin Timberlake would be interested in cosying up to Chris Stapleton, you need look no further than his multi-Grammy-winning album From A Room, and in particular this starkly lovely ballad, which oozes emotional authenticity from every pore. Whether or not this studio version has been edited to the hilt (unlikely, judging by the quality of the live performances I’ve heard), there’s nothing in the final mix to upset the impression of a single live take and, besides, the sheer character and intensity of his vocal delivery throws all other considerations into the shade.

Now, it pains me to admit it, but had I been mixing this, I’d possibly have killed it stone dead. Perhaps it’s too much Mix Rescue-ing that’s done it, or a general predilection towards more chart-oriented productions, but I can easily imagine foolishly attempting to iron out many of the balance contrasts that are such an inherent part of the magic here. What I mean is that deliberate underplaying and undersinging are a vital part of Stapleton’s pathos. Check out the guitar under the word “stay” at 1:19, for instance, where the softly scraped guitar notes teeter on the boundaries of inaudibility before the suddenly accented chord at 1:21, or the way he all but drops most of the unstressed syllables in “we go to church, we go to work, we fake the perfect life” at 0:31. Would I have been able to resist the urge to automate them to kingdom come in search of enhanced accompaniment consistency and maximum lyric intelligibility? Sad to say, I’d probably have sacrificed far too much soul on the altar of my own brand of OCD, so this is definitely a track I’ll be keeping close at hand to mitigate such knee-jerk mixing responses. And, given that Vance Powell was at the console for this album, perhaps it’s also time I grew a beard... Mike Senior

It’s been ages since I last heard this song, and while the sheer amusement value of such doggerel couplets as “I would climb the Andes solely / To count the freckles on your body” and “Lucky that my breasts are small and humble / So you don’t confuse them with mountains” will surely never pall, the bafflingly pervy music video (a 2002 Latin Grammy winner, no less) trespasses into genuinely creepy territory as far as I’m concerned. Some things, sadly, you can’t unsee... Putting that aside, though, Shakira’s vocal style is scarcely less remarkable today than it was 16 years ago, so unorthodox and instantly recognisable as to be almost an instant caricature of itself. Most female vocalists want to create a unique sonic brand, but I reckon you’d only need the fingers of one hand to count those who’ve slam-dunked it as convincingly as this during the past decade.

If you can tear your ears away from Shakira chewing up the scenery, though, the main beat is also interesting. These days, I get the impression that pop producers who build their songs around a four-to-the-floor kick drum often don’t want to compromise its power by carving out much space for a backbeat, but here the snare’s given a generous helping of meaty lower mid-range. Yes, this does draw some rhythmic firepower away from the verses, but on the flipside also generates an undeniable arrangement ‘lift’ when the chorus texture arrives. The understated electric guitars are also easy to overlook behind all those twinkly percussion and charango layers, but I think they’re crucial to the texture’s mid-range harmonic density and stereo width, and also seem to lend a certain ‘glue’ to the production as a whole. (If you’re thinking ‘what electric guitars?’ try listening only to the stereo Sides signal, which unveils their surprisingly in-depth arrangement.)

This single was released with Spanish lyrics in Latin America, under the title ‘Suerte’, and this is also included on the same album, Laundry Service. In a curious inversion of the mañana stereotype, however, it appears to have been sped up too (it’s about 20 cents sharper), as well as being mastered a half-decibel quieter and with a touch less bass. Whatever the reason for such subtle changes, I struggle to conceive why they bothered with them at all. Was there really some radio station in Spain or Mexico who wouldn’t have played it with a decibel more 100Hz? Mike Senior