Brush up on your listening skills, as we dissect more hits from a recording and production perspective. 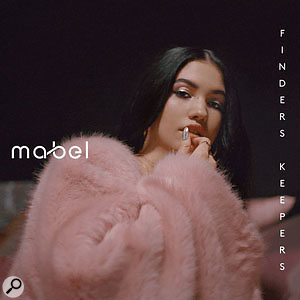 Overall, I like the low end of this record a good deal. The kick has plenty of 50-70 Hz weight to it, but avoids too much energy below that, simultaneously leaving plenty of room for strong bass fundamentals and maintaining excellent rhythmic definition for this tempo. There’s enough solid mid-range information in the kick for it to translate strongly on small speakers, but without that transforming the tone into something too forward or aggressive. One thing did leave me scratching my head, though. During the fuller-sounding hook section (first heard at 1:11), a more sustained bass layer appears, doubling the main bass line an octave above so that its fundamentals show up strongly in the 60-100 Hz region — but well off to the right-hand side! Given that level-based stereophony isn’t that effective at such low frequencies, and would be defeated anyway on most full-range consumer playback systems (which usually have only a single subwoofer), I have to say I can’t really see any justification for this. Furthermore, this asymmetry obviously imbalances the RMS levels of the left and right channels, which means that any mastering-stage loudness processors they used would have produced stronger side-effects on the right channel (or potentially on both channels with stereo-linked processing) for little or no musical benefit. Mike Senior 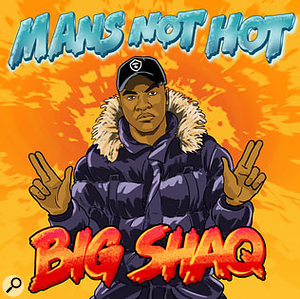 Great parody lies in blurring the line between real-world absurdity with amusingly plausible fiction. For my money, one of the best ways to walk this particular tightrope in the musical sphere is to try to nail the production values of the style you’re pillorying, to the point where many listeners have to do a double-take before they realise they’re not listening to a ‘real’ record. This is where I always thought Spinal Tap scored so highly back in the day, by underpinning the fictional band’s idiotic antics with uncanny stylistic pastiches such as ‘America’, ‘Cups And Cakes’, and ‘Stonehenge’. And it’s also what I loved about this recent Big Shaq viral sensation.

The funny thing is, I actually had no idea initially that Big Shaq was a comedy persona of the actor Michael Dapaah, because I discovered the track via the UK singles chart listings, rather than through his own obviously tongue-in-cheek video. As such, I approached the track as seriously as I would any other Mix Review candidate. And, frankly, why not? It’s 100 percent a competitive production, as far as I’m concerned, and a great-sounding one at that. The bass is super-weighty, but with that UK grime square-wave flavour that comes through beautifully on smaller speakers. The kick’s splendid too, deftly interlocking with the bass and delivering enough tight low end to work your subwoofer into a sweat, as well as concentrating lots of well-controlled attack into the low mid-range, where it’ll fatten the tone on pretty much any system without woolliness. I also think the restlessness of the stereo width is tremendously effective and engaging, with the total mono of the bass and kick, the slight stereo widening of the lead vocal, the skittering stereo pointillism of the high percussion, and the all-encompassing spread of the signature brass-hit hook.

The vocal performance is also impressive for Dapaah’s rhythmic panache and the percussive clarity of his diction. Would that more rappers’ lyrics came through as clearly as his do! It was in focussing on these, though, that I began to smell a rat, although it has to be an indictment of the ridiculousness of so much real-world hip-hop posturing that it took me (no stranger to UK hip-hop) as long as it did to start Googling... Mike Senior

While I was on holiday, ABBA’s 1980 hit ‘Lay All Your Love On Me’ seemed forever to be blaring from the poolside Tannoy, and I found myself chuckling at their splendid couplet “I used to think I was sensible / It makes the truth even more incomprehensible”. However, I was soon teetering on the brink of an uncharacteristic bout of curmudgeonliness, as I began wondering when I’d last heard a six-syllable word in a chart hit — and drew a total blank! I could immediately think of ‘Unforgettable’ in the ‘50s, ‘Congratulations’ in the ‘60s, and ‘Calling Occupants Of Interplanetary Craft’ in the ‘70s, but those were all ancient history. Even with Google’s help, I couldn’t turn up anything better than “institutionalised” in So Solid Crew’s 2003 single ‘Broken Silence’. (I realise DieNasty Records dropped “pneumono-ultramicroscopic-silicovolcanoconiosis” [hyphenated only to make this gargantuan word fit within a column! — Ed.] in their 2010 track ‘Won’t Have To Tell Me’, but I’d hardly call that a global smash...) Fortunately, in my increasingly desperate attempts to battle the nagging sense that policemen are getting younger, I posted on the SOS Forum requesting assistance, and was soon informed by you lovely readers that Eminem was, at that very moment, rocking the word “acetaminophen” in the Top 10 on both sides of the Atlantic. Crisis averted!

And that’s not the only way this track flaunts its syllable count, because Eminem and co-rapper Joyner Lucas machine-gun their way through more than 1400 of the little blighters in under four minutes — that’s like getting through Gilbert & Sullivan’s ‘Modern Major-General’ once every 40 seconds! Now, while the virtuosic enunciation of this hip-hop cadenza is impressive in its own right, I can’t help feeling that criticising contemporary ‘mumble rap’ in that way comes across a bit like Yngwie Malmsteen dissing Nirvana with his Concerto Suite for Electric Guitar & Orchestra.

I’m also in two minds about the section starting “They’re asking me...” (2:24), where Eminem raps continuously for 26 seconds at high speed and high intensity without a single discernable breath. On the one hand, there’s a certain “OMG! How much longer can he last?!” tension which does, I’ll grant you, add something to the excitement of the delivery. However, irrespective of whether he can actually rap that much text effortlessly in a single breath (it defeated me, and I’m a trained singer), I think it sounds like it’s been comped together, which subtly dilutes the performance’s technical wow-factor, in my view. Mike Senior

The Beatles’ ‘I Feel Fine’ may have blocked Petula Clark from the UK chart’s top spot, but she returned the favour by shunting them out of pole position in the US, becoming the first female UK artist to hit Billboard number one since Vera Lynn 13 years prior. She also bagged 1965’s Grammy for Best Rock And Roll Song — one must assume rock & roll was an extraordinarily broad church back then, given that The Kinks’s ‘You Really Got Me’ had already assailed hit parades the year before. (That said, a young Jimmy Page was one of this record’s session guitarists, so it’s not entirely bereft of rock credentials!) 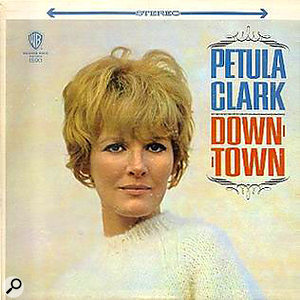 Most listeners of the time doubtless heard the mono mix, but I find the stereo version much more intriguing because of the way Petula and her vocal reverb totally hog the stereo centre, while (contrary to engineer Ray Prickett’s recollections in SOS January 2012’s Classic Tracks feature) all the other signals appear to feed only one of the two channels: the brass, string, and backing-vocal mics are on the left; and the bass, drums, percussion, piano, and guitar mics are on the right. However, this doesn’t result in quite such a starkly polarised listening experience as you might initially expect, for a couple of reasons. Firstly, there is plenty of mono-in/stereo-out reverb (with a hefty pre-delay) being used, judging by the amount of backing-vocal reverb you can hear in the right channel at moments such as 0:59 and 1:51, which helps draw the apparent stereo position of some of those extreme-panned mics a little more towards the centre.

In addition, though, producer Tony Hatch insisted that the whole ensemble be recorded simultaneously in one room, so even with the mics all hard-panned, there’s still appreciable spill from any given instrument coming through other mics panned to the opposite channel. You can clearly hear this factor at work during the solo piano introduction, for instance. Most of the time such spill is fairly subtle, but when the brass players turn up the power to take over the lead melody at 1:59, their spill into the opposite-panned mics becomes so strong that it seriously destabilises the brass imaging — it’s a weird effect, almost as if the main left-panned brass section are joined by a second smoother-sounding group of horns located around about mid-right in the stereo picture. However, the spill does serve a vital timbral purpose, because its more natural-sounding tone helps counterbalance the rather harsh-sounding direct capture you’ll hear if you try listening to the right-hand channel on its own. Mike Senior