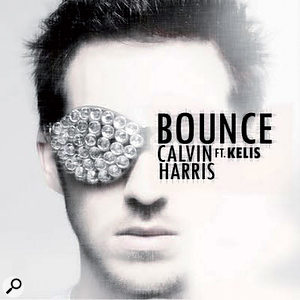 I love the sound of this record, and the way it comes across as clearer and more up-front, yet at the same time less abrasive, than strong competitors such as Example's 'Changed The Way You Kissed Me' or Pitbull's 'Give Me Everything'. Part of the trick of this, it seems to me, is simply that 'Bounce' doesn't have any padding instruments at all — in other words nothing that exists simply for the purpose of stating the harmonies. The only harmony in this track is that implied by the way the bass line and melody fit together, which makes it extraordinarily efficient, sonically speaking. It's the old maxim: the less you put into the mix, the bigger each thing can sound.

The production scores highly on other grounds too. The low end is powerful and tight, although the track doesn't rely on that — kick and bass come through fine even on a smartphone's internal speaker. The high end is airy and extended. The mid-range gets maximum value out of the 600Hz-1.2kHz octave, so that the lead synth hook has real substance in the mix and doesn't need to sharpen the 3-5kHz zone too severely to stay right in your face. Mono compatibility is also great, despite a decent sense of stereo width. This is a track I'll be referring back to for some time.

One specific aspect of the sonics that's worth picking out as well is the grainy digital effect that has been applied to the opening synth riff. It's difficult to reverse-engineer a treatment like this very precisely, but it sounds to me as if the audio signal is frequency-modulating itself, and that there's probably some kind of digital 'bit-crusher' in there too, alongside more typical analogue-style distortions. Whatever the settings, though, it's creating a slew of additional frequency information all the way across the mid-range and high end, much of which is not musically related to the synth notes themselves.

This serves a number of purposes here. Firstly it allows what are inherently rather pure and simple synth waveforms to pack out the mix texture to a much greater extent than you'd normally expect. Secondly, the dissonant frequencies of the effect inevitably blend poorly with the song's harmonies, which helps them poke out of the mix in much the same way that a wayward bit of tuning tends to do. And, finally, it creates a kind of auditory illusion, particularly during the song's synth-only intro, that the upper octaves of the mix as a whole are strong and clear, even though the synth patches themselves are subjectively quite dull-sounding. Analogue distortions are a more instinctive choice for many people, but this track provides a great demonstration of how some of the less 'musical' digital harmonics-generation processes can also have their place, especially in electronic styles. Mike Senior 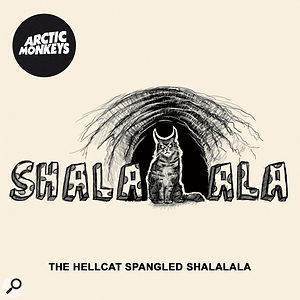 Someone involved with this production seems to really like 2.5kHz, because both this track and first single 'Don't Sit Down Cause I've Moved Your Chair' feature it pretty strongly. On the plus side, this mid-pushed voicing does lend proceedings a kind of 'everyone coming through the singer's SM58' indie appeal, and it's important not to underestimate the commercial value of a band creating an ear-catching signature sound like this. However, the downside for me is that the choruses make my ears hurt well before the volume's loud enough to party to. I'd personally trade in 3dB of the 2.5kHz for more 10kHz detail, and I also wonder if the kick and snare in particular might have benefited from a little less attack spike in this region too. Mike Senior 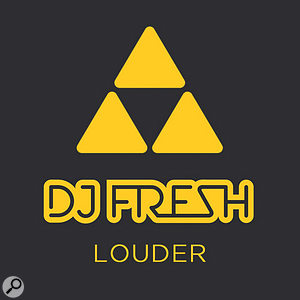 Even if you might initially be put off by the sonics, which feel, to me, overly harsh in the 5-10kHz region, even for this kind of style, 'Louder' is nonetheless well worth a spin for its unusual sped-up ending section, made all the more effective because of its contrast with the intentionally ponderous half-time drums preceding it. While the idea of revealing a musical 'ace in the hole' during the closing stages of a song is nothing new (consider Tinie Tempah's breakthrough smash 'Pass Out', for example), it's great to hear someone experimenting with tempo like this in a chart release. Despite Fatboy Slim casting down the gauntlet in style with 'Rockafeller Skank' more than a decade ago, tempo changes still feel like one of the great under-used weapons in commercial music production.

Another thing to listen out for, though, is how pitch-sweeps are being used as fills here. Every second snare hit in the chorus, for example, is accompanied by a background pitch fall-off (whether from a synth or an electric guitar 'dive-bomb' it's tricky to tell) into the following downbeat kick-drum. More interesting, though, is the long pitch-rise underneath every iteration of "you can't turn this energy inside”, first heard at 0:46-0:49. As the synth in question shifts progressively more out of tune, it builds up a harmonic tension that the following chord is then able to resolve, giving you a nice little shove into the next iteration of the hook. It's almost insulting straightforward for something so effective, so go on — brush the dust off that pitch-bend wheel and give it a try for yourself! Mike Senior 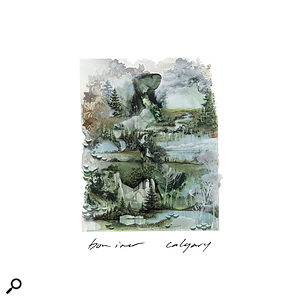 Everyone has different views as to how lead vocals should be balanced in a track, and it's no secret that mix levels and effects treatments vary considerably from genre to genre. Nevertheless, cutting across stylistic boundaries is something of a general consensus amongst mix engineers that, if nothing else, the listener should be able to make out the song's lyrics. One of the practical problems with judging this at mixdown, however, is that if you yourself actually know what the lyrics are supposed to be, it can make them appear much more audible to you than they will be to the average listener. So the fact that Bon Iver's chief writer Justin Vernon shouldered some mixing duties on his latest album may go some way towards explaining why I can't work out what the hell he's singing about most of the time!

Take this first single, 'Calgary', for instance — actually one of the better tracks as far as intelligibility is concerned! Even after listening repeatedly through full-range studio monitors, two different small speakers, and a set of top-of-the-range headphones, I still managed to significantly misunderstand 17 of the 31 lines of lyrics, enough to completely destroy any hope of his subtly nuanced message reaching my consciousness intact. Some people (possibly Vernon included) may well argue that a little mystery remaining in the lyrics is no bad thing — many bands have made a slight lyrical vagueness into something of a calling card, after all. But taking that concept quite this far just seems like a shot in the foot, because I certainly come away from this record frustrated, and not because I don't like the music.

My suspicion, though, is that Vernon and his co-mixer Brian Joseph reached this end result because they weren't fully aware of quite how difficult it would be for other people to pick out the words. In their position, I'd certainly have asked someone with no knowledge of the song for an opinion on the issue, to defeat any bias from their own internal 'lyric crib sheets' when making judgements about vocal balance, and I can't imagine that they'd have left the mix this way had they done so.

I'd also have suggested that they checked over the mix at a few different levels, because on the evidence here it probably wouldn't be too far-fetched to speculate that the record was mixed predominately at high playback levels — not only do the words feel significantly easier to comprehend under those circumstances, but the production as a whole has the characteristic mid-range emphasis that frequently results from over-loud mixdown monitoring. A greater reliance on mono listening might have paid off for them too, because stretching the stereo field, whether by listening on headphones or by pushing your head forward beyond a speaker system's sweet spot, is another thing that makes these wide-panned vocal layers seem clearer than they really are. Indeed, in this context it's interesting to note that the little 'making of' documentary on Bon Iver's web site appears to show their studio monitors spaced rather too far apart, at least as far as anyone sitting at the DAW controls is concerned. Mike Senior 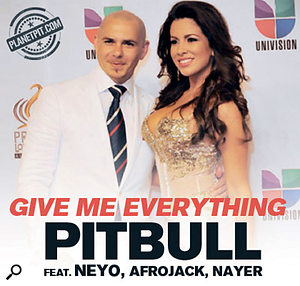 This recent floor-filler hinges on its vocal production, and part of what keeps the interest going here is the contrasts between the different vocal textures: Pitbull's rasping, loosely triple-tracked rap (for example at 1:00); Ne-Yo's piercingly pitch-perfect high melodic hook (first heard at 0:15); Nayer's vaporous "Don't care what they say...” refrain (first heard at 0:31); and Pitbull's 50 Cent-soundalike low-register "Excuse me...” sung line (first heard at 1:23). This is where getting guest vocalists in to contribute to a track can really pay off, especially if each singer/rapper works hard to maximise the unique character of their own delivery.

But it's not just the 'headline' vocals that appeal to me, because there are also lots of great little low-level vocal details in there to provide short-term light and shade. The clearest of these is the "hey” echoing Ne-Yo's hook at 0:46 and elsewhere, which suddenly opens out into the larger acoustic space already suggested by the long lead-vocal delay/reverb effects tail. Just as interesting, though, are the subtle 'oooh' backing vocals that support both Ne-Yo (at 0:53, 2:15 and 3:37) and Nayer (at 1:53 and 3:15) — nothing special in their own right, but just enough to gently warm up the texture.

And while I'm on the subject of nice touches, let me also draw your attention to the way the cliché of the machine-gun dance snare fill is subverted, for example at 2:00-2:05. A lot of people would have been content to let that kind of fill build all the way into the section boundary at 2:07, but here it's been cut short by a full bar, leaving an understated little funky drum break to hold the rhythm instead, thereby clearing a gaping hole in the spectrum for Ne-Yo's "grab somebody sexy” to pop through effortlessly. Smart. Mike Senior