Down With The Trumpets 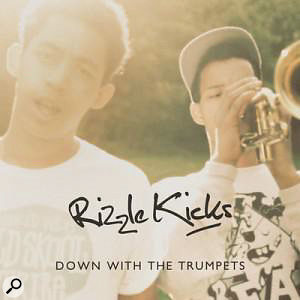 Here's a production that feels to me like it's trying a bit too hard to sound big and clear on low‑quality systems, giving owners of pimped VW Golf GTIs some cheap sub‑100Hz thrills and ensuring crispy ringtone transmission at the top end, but at the expense of a deficit in the 300Hz 'warmth' zone. The HF transients and sibilance feel overcooked too, and if they had been limited, to take off some of their plasticky edge, I reckon the lyrics would have come through better and you'd have been able to turn things up more before your ears started bleeding.

Despite my reservations about the overall mix tone, though, a couple of nice rhythmic features did definitely catch my ear. The first is at 0:38 where the lead rap's lyric "on my brand new white trainers” is echoed by the doubles, but with the rhythm starting in a different part of the bar. The result is that all the vocal stresses in the repeated phrase occur in a different relationship with the main beat, making it sound fresh and interesting even though you're hearing it for the second time. Simple, but very effective.

The second rhythmic trick is of a similar type, but is created during the song's outro (from 2:47) using the main mariachi horns sample. If you compare this to the intro (0:00‑0:16), you can hear that Rizzle Kicks have effectively moved the trumpet line's characteristic single high‑register note an eighth‑note early. Admittedly, it's always possible that it's actually played like this during another part of the original recording they sampled, but given the careful manipulation and editing of the samples elsewhere in the track (especially in the choruses), I'm inclined to believe that the credit is due to them. Whatever, the message I want to get across here is that the general idea of shifting repeated musical material into a different pocket in the groove is seriously worth investigating for any chart material, because it lets you have your cake and eat it: you can repeat your hooks more often, so that they worm their way better into the listener's consciousness, but still keep them sounding fresh, so that all that repetition doesn't just bore people to death. Mike Senior 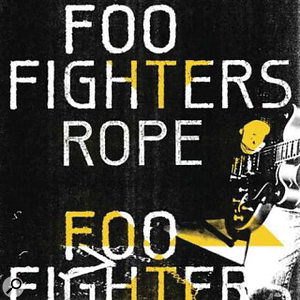 The waveform display of the final master of Foo Fighters' 'Rope', showing the odd shift in the digital ceiling during the solo at 3:08‑3:28.

'Walk', the other big single off the Foo's album Wasting Light, has one of my favourite arrangement drops at the start of its final choruses, but I've chosen to focus on 'Rope' here because it's a great example of some stalwart rock arrangement fundamentals in action. An easy way to make your drummer sound powerful in the face of epic guitars is to punch a few holes in the main guitar/bass riffs, allowing you to really hear the details and sustain of his playing, particularly on the snare. It worked for 'Back In Black' and it's just as useful in the verses here.

Speaking of the verses, notice how the guitar texture's mid-range pretty much evaporates when the vocals arrive, allowing Grohl's restrained lower‑register delivery to carry through — although that spectral energy reappears briefly to emphasise the sustained‑note hook riff that straddles each new phrase's 'missing' downbeat. Then, where the guitars regroup at 0:56, the vocals mostly join the snare in the riff's perforations. You can gauge how effective this is in retaining the audibility of the vocals by realising how much more difficult it becomes to make out the one lyric that does trespass over the guitars ("I thought I'd save my breath for you”). It's only when Grohl reaches bona fide howling registers for the chorus at 1:10 that he can afford to take on the full might of the guitars, and even then with a fader hike to help him out. This is common sense, but it amazes me how often I encounter home‑brew recordings that haven't taken even these kinds of rudimentary concepts on board, and hence struggle unnecessarily to achieve a good balance at mixdown time.

Finally, here's another mastering‑related poser: although this track is mostly flat‑topped to 0dBFS throughout, the brickwall level reduces to ‑0.3dBFS just for the solo (3:08‑3:28). Is this some kind of last‑minute 'fix it in the shrink‑wrap' post‑mastering level tweak? Have they tried to splice together files from two different mastering engineers (Emily Lazar & Joe LaPorta are both credited)? Your guess is as good as mine... Mike Senior 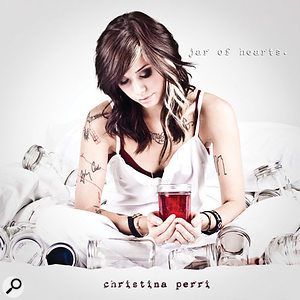 A successful production isn't all about mixing and mastering. In fact, the songwriting and vocal performance can often be sufficient to carry a track. Indeed, I suspect that the runaway success of Christina Perri's low-budget debut single 'Jar Of Hearts', following its appearance on the TV show So You Think You Can Dance, will have taken the artist and the production team by surprise. As the songwriting is clearly what's been selling this track, I'd like to point out a few interesting musical features that I think might have helped it stand out from the crowd.

Firstly, note that Perri's not afraid to deviate from simple four-/eight-bar phrase lengths, as with the nine-bar chorus, 'middle 10', and six-bar outro. The book-ending of the chorus lyric with "who do you think you are?” is canny too, both repeating one of the song's more evocative turns of phrase and giving a sense of closure to the section. This is especially relevant at the end of the song, because not only is the repetition missed off the end of the first final chorus, underlining the fact that we're not yet finished with the chorus material, but it's repeated three times after the second final chorus, closing more strongly to offset the double-length chorus, as well as rounding off the song as a whole.

The harmonies also reward examination. The rate at which the chords change is varied very effectively, clearly differentiating the pre-chorus and mid-section from the verses and choruses, but what characterises this song most strongly is its internal major/minor tug-of-war. You can see this in the contrast between the minor verses and mid-section, and the major choruses, but the same tension is apparent as you zoom in further. The most obvious example is the major-to-minor shift in the chorus's IV-I cadence, but the repeated outro cadence carries a minor flavour too, because of the way its diminished-seventh chord has more in common with Eb minor than Eb major.

A couple of little musical patterns help with the song's longer-term flow, the first of which is the verse's Eb-Bb-Fm-Cm cycle of fourths. Although cycles of fourths are slightly less common harmonically than cycles of fifths, they're no less effective at creating harmonic momentum under the right circumstances, and are particularly suited to a song which, like this one, features a IV-I cadence as its main chorus resolution. The second pattern is a melodic one: the descending chromatic bass line underpinning the middle section. Not only does this proceed through C-B-Bb-A four times, but continues the trajectory onwards to Ab and G to complete the section.

Given the quality of the singing and songwriting, producer Barrett Yeretsian sensibly appears to have focused his time and effort on those, rather than getting too hung up with expanding the arrangement or improving the realism of the programmed string parts. That said, the piano pushes a little beyond the earnest quarter-note repetitions that so many budding singer-songwriters get bogged down in, gently supporting the vocal. I've lost count of the demos I've heard prefacing the singing with a few such barren bars, but here the piano is stripped right back to place the vulnerability of the lead vocal centre-stage. Numerous understated figurations also provide musical punctuation between phrases, such as the rhythmic motif heard before "I learned to live” at 0:25 and 1:32, or the answering melodic fragments in the second verse at 1:12, 1:18, and 1:25. Even when the figuration settles into a more regular rhythm during the choruses, the balance between quarter- and eighth-note divisions remains fluid, giving some leeway to increase the intensity of the performance towards important section boundaries, and through the song as a whole. My favourite bit, though, is the mid-section, where the piano's change of register and emphasised, oscillating, eighth-note pattern really help clear the air before the final chorus.

These good things notwithstanding, I'm a bit underwhelmed by the vocal mix, as the tonality feels over-strident and a bit abrasive over the song's duration, and I'd have welcomed more energy in the octaves either side of 1.5kHz. The vocal balancing also seems a bit rough and ready, with many consonants feeling over-emphasised (presumably on account of a hard-driven compressor's fast release), yet despite this processing I get a sense of the singer travelling backwards and forward in the mix. Take the section at 1:14-1:25 ("...if I am anywhere to be found, but I have grown too strong...”). In the first phrase, the section "to be fou-” seems to leap forward for a moment, before taking a big step back for the second phrase, and then hopping back towards you temporarily for "too stro-”. To be fair, Perri's wide tonal and dynamic variations would probably have required more than simple fader automation, but I reckon vocal ballads like this justify going that extra mile. Mike Senior 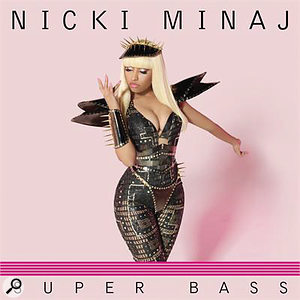 There's lots to learn from Nicki Minaj's rapping on this record, and from the brilliant daftness of the chorus vocal hooks, but what intrigues me most is the difference between the original version on the Now! 79 UK singles compilation, and the remastered version on her follow‑up album Pink Friday. A/Bing both tracks into my DAW revealed that the album is roughly 3dB louder subjectively speaking. Even when you compensate for that, there's a considerable tonal disparity: it feels as if the album version is down about 3dB below 200Hz, and is also tilted upwards from 1kHz by a decibel or so. Furthermore, almost all the vocals seem to be higher in level on the album version.

To summarise, then: on the album, the track is louder, brighter, and less subby than on the single, and it has louder vocals. That's exactly the opposite of what I'd normally expect! Single versions are usually loud, brash and vocal‑dominated, whereas album listeners are treated to more lows, a greater dynamic range, and a smoother high end that's better suited to louder, wide‑bandwidth playback. So what's the thinking behind this? My best guess is that the success of the original version took Minaj's production team by surprise, and that in the glare of publicity someone decided that it didn't sound competitive sonically alongside other artists' records, especially in the light of its unforeseen pop-crossover appeal. If that guess is on target, those two versions may provide some practical insight into what the higher echelons of the industry do and don't consider to be 'radio friendly'. Mike Senior

Mike adds more to his analysis of these tracks on our Mix Review web site thread, /mixreview, where you can also contribute your own comments.