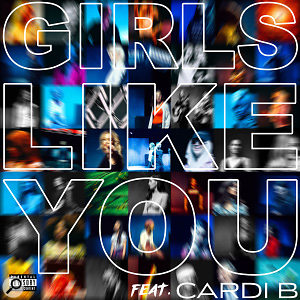 This fantastically nuanced Serban Ghenea mix seems somehow wasted in service of such a superficial song, but at least it should ease the discomfort of any audio engineer stuck in a lift with it! There's so much going on that I could write pages about it, but here I'll focus on the guitar riff that kicks off the song, and more specifically how it evolves. It's inherently a cool piece of audio, making a feature of the variety of the picking technique and the selection of interesting mechanical noises — something many engineers (me included) would probably have toned down to the detriment of the groove. There's also some kind of wonky-sounding 32nd-note tempo delay mixed in, which is especially nifty when hit by the longer pick-scrapes. Then we get a sudden low-pass filter shutdown (more noticeable due to the guitar's significant high-frequency hiss) just as the rhythm pattern hits its third iteration. This not only keeps the attention but also clears the upper spectrum for Adam Levine's entry soon after. The filter action changes pace, slowly rising through the first verse (a device also used very effectively in Katy Perry's 'Wide Awake', critiqued in SOS August 2013).

The first chorus brings another change, though it's unclear exactly what it is. Perhaps a double-track? Some stereo chorus? A short ambience reverb? Whatever it is, it seems to fill out and homogenise the sound tonally, as well as spreading it wider. A hint of octave-up doubling becomes much more obvious as we move into the second half of the chorus at 0:54. Again, though, is this a tightly edited double? A pitch-shifter? Who knows, but the sound's already miles from where it was less than a minute earlier. The second verse doesn't reset to the sound of the first because some of that upper double remains, but it still pulls things back enough that a similar 'opening out' used at the start of chorus one can work midway through verse two. With the second chorus, a touch of hall expands the sense of space another notch so that the middle section can strip things right back down to dry mono, highlighting the one moment the guitar breaks out of its riff into simple chords, and setting the scene for a new guitar-sound build-up into the end of the song.

And that's just one element of this production! Check out the drums, the synths, or the vocals and you'll find the same inventiveness and detail, all in service of the song's forward momentum. Whatever Ghenea's raking in these days, you can't say he doesn't work for it! Mike Senior 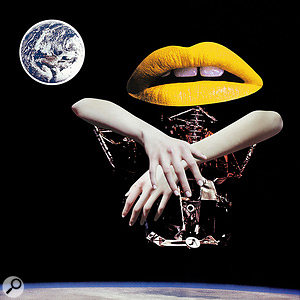 Julia Michaels (about whose breakthrough single 'Issues' I waxed lyrical in SOS July 2017) has contributed a tremendous guest vocal to this recent Clean Bandit production. Unusually for a vocalist, it's her use of rhythm and phrase structure that I find so impressive. Let me explain...

The verse is a masterclass in weaving different phrases across the repeating syncopated keyboard riff (and the underlying 4/4 meter). First you get a little two-beat phrase, "I know you're out in Cabo," which clearly plants its stress on the downbeat syllable "Ca-". However, the repeat of this rhythmic idea a moment later ("hanging with your brother") shifts its stressed "bro-" syllable onto the bar's fourth beat, and then the following two phrases extend their length to three beats and four beats respectively ("wishing that I was your bottle / so I could be close to your lips again"), only returning to stress the downbeat on the last syllable "-gain". I think we owe a debt to modern rappers for popularising this kind of free-wheeling rhythmic technique, and I for one am delighted to see vocal styles cross-pollinating like this; it makes repeated listening far more rewarding.

Although the pre‑chorus ("and I know we're not supposed to talk") returns to a more traditionally repeating two-bar phrase pattern, the rhythmic invention continues in different ways. Firstly, Michaels makes a point of constructing her melody to follow the lyrics' natural stress patterns, but then places those stresses on the weak beats of the meter. For example, although the internal stress pattern of the first line is "KNOW we're NOT suPPOSED to TALK", it's "we're", "su-" and "to" that are actually placed on the quarter-note beats. And, secondly, her rhythms keep sliding fluidly between straight 16ths/eighths and triplet eighths, which gives her line a wonderful looseness and personality, despite the propulsively quick-fire patter.

The chorus then pulls a different rhythmic stunt, placing the repeating hook line's "I miss you" so that the natural stress on the word "miss" keeps landing on the fourth eighth-note of the bar (a weak offbeat). This undermines the listener's sense of the meter's basic quarter-note pulse during the main beat's four-bar absence, and even when the beat returns, the haphazard placement of the word "you" continues to lend the vocal line a fascinatingly slippery character.

But the icing on the cake is the chorus coda (1:04), where the harmonised vocals suddenly ditch the rhythmic high jinks and lock in much more predictably with the beat and lead synth, giving us a moment of metric stability from which Michaels can depart afresh with the onset of verse two. Respect! Mike Senior 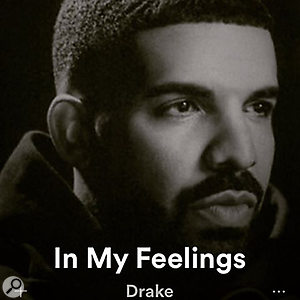 This track demonstrates very effectively one of the archetypal recipes for giving a hip-hop production low-end weight and punch. The basic trick is to rely on the bass line for the bottom octave, but with enough saturation to generate appealingly warm-sounding low mid-range harmonics. This part is dynamically controlled so that it peaks just below the 0dBFS clipping point, maximising its level within the digital headroom, but without adding harder-sounding odd-harmonic distortion. The kick, though, is kept very controlled at the low end, both in the frequency domain (ie. giving it much less sub-50Hz energy than the bass) and in the time domain (shutting down the drum's decay tail within a few cycles, so that it sounds very tight). On its own, the kick is a bit lightweight, but when combined with the bass the ear is fooled into hearing a beefier drum. Furthermore, the peak level of this kick is then pushed into some kind of clipping algorithm, which flat-tops the peaks at 0dBFS. Although this distorts the kick, in practice it gives the illusion that the drum is louder than 0dBFS, only with a slightly different tone.

That's the theory, at least, but the devil's in the detail; there's an art in fitting this all together without overloading the low end or causing the kick to sound like it's starting to break up — which is why this is such a good case study. For a start, you get the opportunity to hear the kick and bass on their own (at 1:34 and 1:44 respectively), so you can compare them with the combined sound elsewhere. But also this example of the approach is particularly extreme, with absolutely masses of sub-40Hz in the bass and unusually long sections of flat-topping on the kick hits (sometimes more than 300 samples). Yet the result still sounds rich, well-balanced, and impactful. Mike Senior 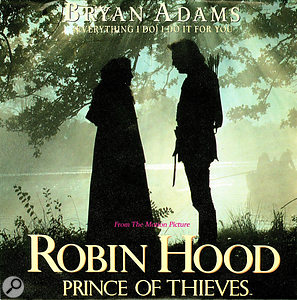 Having lived through this song's 16-week reign at the top of the UK charts, it's tough to be impartial. Those hyperinflated MOR drums. Those horrible S&S strings and JV‑1080-era synth pads. The daytime-TV piano and guitar vamping. And that unpardonably onanistic instrumental outro, battering the innocent IV-I progression into submission. Also, I've never understood the appeal of that ballad-bass cliché that involves repeating a chord's root note with the following rhythm: dotted quarter note, eighth note, half note. It always seems so flat-footed. That the bassist does his best to put little fills at the tail end of some of the half notes helps a little, but by the time we reach that rhythm's 50th iteration I find myself contemplating how to fashion a noose from my earbuds.

But despite my debilitating cheese-allergy, there are some elements for which I can muster genuine appreciation. Film-affiliated ballads are suckers for theatrical key changes, and there's a corker here. The middle section shifts dramatically down a whole step from the tonic Db chord at 2:12, before working its way back into home territory via a falling-fourths cycle of major chords (a favourite device of the song's producer Mutt Lange).

Another thing I like is how the static pedal-tone piano bass line of the first verse gives the music a more hesitant mood by virtue of its inverted harmonies, whereas the bass guitar makes the second verse sound more determined by nailing most of the chords into solid root position. It's not all rosy, because that same tactic also makes the musical flow of the second "don't tell me it's not worth fighting for" section (1:42) weaker, removing the nice contrary-motion character between the bass and vocal lines at 0:44 and replacing it with an unwelcome parallel-fifths hollowness as the Eb-Db bass and Bb-Ab vocal movements combine.

On a more technical level, though, there's something to marvel at in every Bob Clearmountain mix, and his automation work almost always enthralls me. Take the second verse, for instance. Notice how the backing parts bubble up between the vocal phrases; first the piano and guitars, then the synths at 1:25 and the bass fills at 1:34 and 1:38. And while you're enjoying that, keep your ears open for the tambourine, which sounds like it's been treated to a 16th-note tempo delay. (If you're struggling to pick it out, it's more clearly audible in the outro from 4:08.) This is a great trick for getting extra rhythmic value out of simple percussion parts, and here it also works to unmask the tambourine from behind the powerful backbeat side-stick. Mike Senior